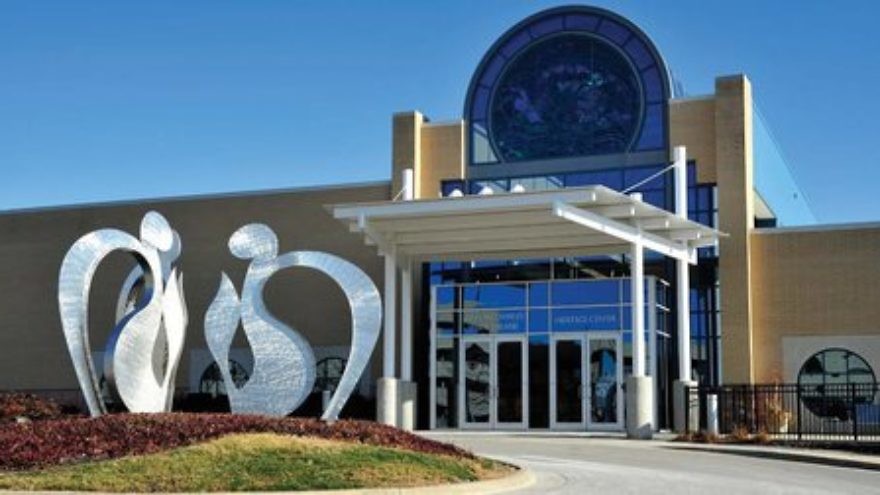 Kansas’s tight-knit Jewish community was rocked just one day before the beginning of Passover as an alleged gunman took the lives of three people and injured another in attacks just minutes apart outside the Jewish Community Center of Greater Kansas City in Overland Park and a local retirement village.

According to various news reports, at about 1 p.m., shots were reported outside the JCC’s theater entrance, where auditions were being held for a singling competition for area teenagers. One man was reportedly killed at the scene, while another died at a local hospital. The suspect—described later in the day by police officers who apprehended him as a bearded white male in his 70s—then fled to the Village Shalom community and opened fire, killing one woman before fleeing to a school, where he was arrested.

Two others were shot at, but not injured. Some reports said that the gunman asked people if they were Jewish before firing his weapon and that he shouted “Heil Hitler” about the time of his arrest.

A post on the JCC’s Facebook page says the institution would be closed Monday. As people in cities across the country finished their last-minute Passover preparations—the eight-day festival begins Monday night—JCCs, including those in the Owings Mills and Park Heights areas in and around Baltimore, benefited from a beefed-up police presence.

While the FBI and local police have not officially called the violence a hate crime, many national organizations are not waiting for confirmation to denounce the shootings.

“Unfortunately, this is not the first time there has been a shooting at a Jewish Community Center,” read a statement from B’nai B’rith International. “Comments attributed to the shooter after police had him in custody demonstrate a blind hatred toward Jews.”

The Anti-Defamation League, meanwhile, noted that just a week before, it released a security bulletin to communal institutions warning of the increased potential for violence around Passover and the April 20 birthday of Adolf Hitler. That day “has historically been marked by extremist acts of violence and terrorism, including the violence at the Branch Davidian compound in Waco, Texas, and the Oklahoma City bombing,” read the statement.

“We mourn the tragic loss of life in today’s shootings in the Overland Park, Kan., Jewish community,” Rabbi David Saperstein, director of the Religious Action Center of Reform Judaism, said in a statement. “Information about the perpetrator is still being uncovered, but early reports indicate that anti-Semitism may have been a factor. If so, it is a tragic reminder, this day before Jews around the world observe Passover, of the hatred that continues to plague our world.”

“It is also yet another horrific instance of an act of senseless violence involving the use of guns to take innocent lives,” continued Saperstein. “Our thoughts and prayers are with the families of those killed and injured in today’s shootings. May the memories of those lost be forever a blessing.”