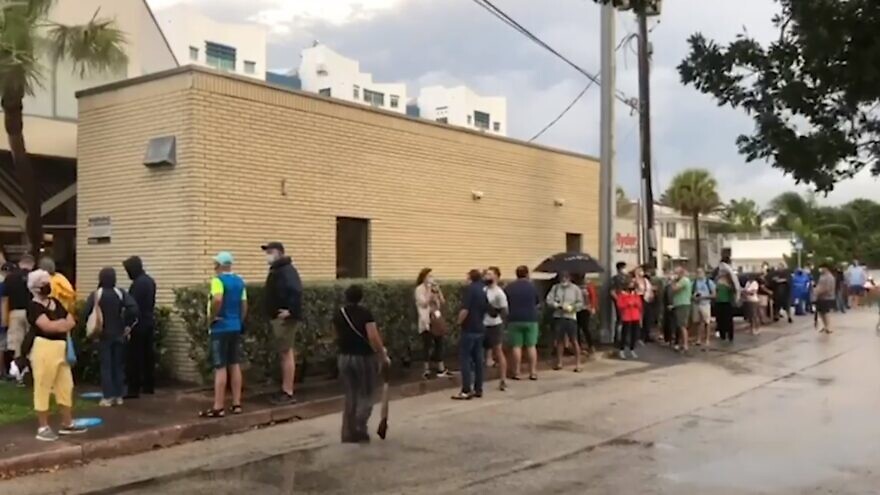 (November 10, 2020 / JNS) Regardless of the outcome of the U.S. presidential race, the close results and possibility of a split Congress indicate that the nation remains deeply divided politically and socially. The Jewish community is no exception.

Jeremy Burton, executive director of the Jewish Community Relations Council of Greater Boston, told JNS that “we knew already before the election that the Jewish community was deeply divided.”

Indeed, exit polls conducted during the election indicate that U.S. President Donald Trump received the highest percent of the Jewish vote for a Republican in decades, while former Vice President Joe Biden came in lower for a Democratic candidate in recent years.

Trump received 30.5 percent of the Jewish vote, while Biden got 60.6 percent, according to a Republican Jewish Coalition survey conducted by Basswood Research and McLaughlin & Associates.

A poll by the AP also found that Trump won 30 percent of the Jewish vote. However, the poll found a higher result for Biden, with 68 percent, which is still lower than Hillary Clinton in 2016 (71 percent) and Barack Obama in 2012 (69 percent).

In the crucial state of Florida, Jewish voters appeared to be critical to Trump’s winning the state’s 29 electoral votes, according to the AP exit poll in the state, with 43 percent of Jews voting for Trump compared to 56 percent for Biden. The 43 percent mark represented the highest percentage of the Jewish vote in the Sunshine State for a Republican presidential candidate, according to the Republican Jewish Coalition, which spent more than $5 million targeting Jewish voters in Florida on Trump’s behalf.

Jewish vote totals for the swing states of Michigan, Wisconsin and Ohio were not yet available. 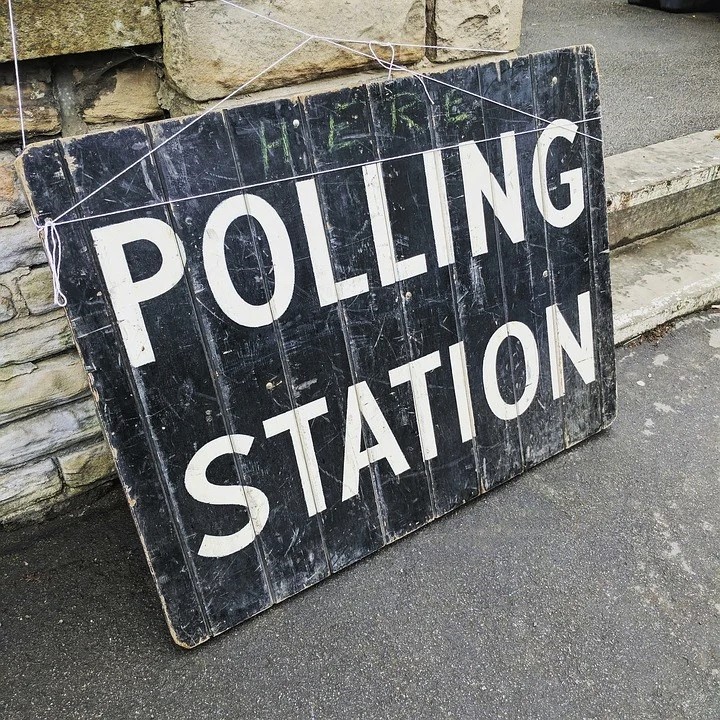 Exit polls can be ‘notoriously wonky’

Nonetheless, experts stayed wary of drawing too many conclusions about the Jewish vote from the current exit polls and surveys.

“I would urge some caution when looking at the exit polls at this point in time,” Inside Elections reporter and analyst Jacob Rubashkin told JNS. “They can be notoriously wonky, and especially so when they spit out a somewhat unexpected result like this one.”

“That goes double or triple for a small subsample like Jewish voters in Florida, which account for just 5 percent of the AP survey,” he continued. “The unfortunate reality is that it will be quite some time before we have truly actionable data on the demographic breakdowns of the election. And, of course, most states haven’t even finished counting votes yet—Florida included, I believe.”

Rubashkin noted that while “Trump clearly was making a late push for older Jewish voters with his series of Israel-related foreign-policy moves over the last few months,” he expressed prudence when it comes to “reading into any data past the topline vote numbers until we have more information.”

Political strategist Jeff Ballabon echoed Rubashkin, telling JNS that while Trump “is the most pro-Jewish president in history and, despite relentless political and media slanders against him,” he is far more popular among Jews than any GOP presidential candidate in decades, and that the aforementioned polls “are flawed and undercount Orthodox Jews, most significantly haredim.”

“Jewish organizational polls often make use of mailing lists that skew away from Orthodox and use outdated population data for adjustments,” he said.

Jonathan Sarna, the Joseph H. and Belle R. Braun Professor of American Jewish History at Brandeis University and author of American Judaism, told JNS that the J Street poll “raises questions,” citing that just 10 percent and 2 percent of respondents identifying as members of the Orthodox and Reconstructionist denominations, respectively. (In the Jewish denomination breakdown of the J Street survey, 36 percent of respondents identified themselves as Reform, 30 percent of no particular denomination, 20 percent Conservative, 1 percent as “Other” and 1 percent as “Not sure.”)

Regardless, these polls indicate “that ‘bedrock Republicanism’ among Jews is more than two-and-half times what it was years ago,” said Sarna, citing that U.S. President Lyndon Johnson, a Democrat, received 90 percent of the Jewish vote, whereas his Republican opponent, Barry Goldwater—at the time, not a particularly popular candidate—got just 10 percent.

In Southeast Florida especially, there’s been a growth in “bedrock Republicanism” due to the growing number of Orthodox Jews, in addition to Russian, Latino, Iranian and other immigrants who overall are “more worried” about the far-left wing of the Democratic Party than the far-right, according to Sarna.

He added that Trump’s pro-Israel policies “have also been extremely popular among older Jews in Florida.”

“Trump was making a late push for older Jewish voters with his series of Israel-related foreign-policy moves over the last few months.”

Nonetheless, Democratic strategist Steve Rabinowitz told JNS that “no matter what the Republicans do—no matter what they throw at us, no matter how they predict we will vote—every other November, two-thirds of American Jews vote for the Democrat for president. Add in our overwhelming distaste for Donald Trump and our general fondness for Joe Biden, we’re about to have a new president this January … and Jewish America is more than fine with that.”

Burton said moving forward, “if we are going to be serious about having a Jewish communal presence that has a legitimate claim to some sense of unity in our nation’s civic space, we’re going to have to do the hard work of reconciling those gaps in worldview.”

“At the very minimum,” he said, “we’re going to have to reconcile and honor that both worldviews come from deeply Jewish places.”

At the end of the day, what matters is how Republicans and Democrats on Capitol Hill deal with issues pertinent to the Jewish and pro-Israel community, said Jewish Federations of North America president and CEO Eric Fingerhut.

“The Jewish community has always benefited from a bipartisan Congress that supports Israel, and fights BDS and anti-Semitism, and we will continue to educate and advocate to ensure that that support continues,” he told JNS.

“Recognizing that this election was unusually divisive—and that the close outcome may lead to post-election legal and procedural steps that could add to the emotions we all feel—we encourage our community to have faith in the durability of our democracy and in our governmental institutions to resolve issues,” stated Fingerhut. “And we urge our community to show respect and appreciation for the differences in political opinion we hold, to come together as we always have to build and sustain flourishing Jewish life, and to work to unite Americans of all creeds and backgrounds.”