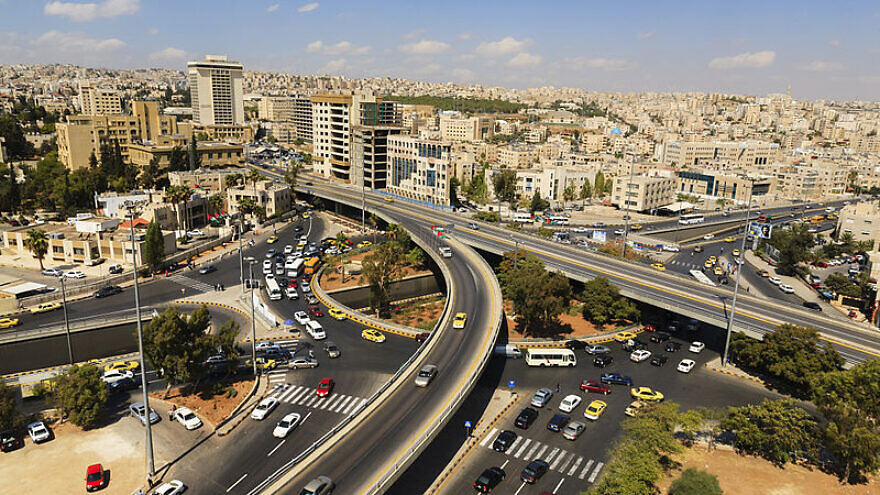 (January 9, 2023 / JNS) Israeli-Jordanian relations have deteriorated significantly, especially in the last 10 years, Jonathan Schanzer, a senior vice president of research at the Foundation for Defense of Democracy, said during a talk he gave last week at the Washington-based Jewish Policy Center on “Jordan—Neither Here Nor There.”

Schanzer said that Jordan is unwilling to downplay the Palestinian issue because its population is at least 50% Palestinian.

The Jordanian population is largely against normalization with Israel, which includes opposing Jordan importing natural gas from the Jewish state. Popular posters in the country state “No to the gas of the occupation,” a message that according to Schanzer indicates that Jordanians would rather not heat their homes and not cook food than accept gas from Israel.

Amman’s anti-Israel rhetoric includes placing unfair blame on Israel for wars in Gaza and for conflicts regarding the Temple Mount. Schanzer said that if Jordan’s antagonism against Israel regarding the Mount becomes too great, Israel may ultimately find another “custodian” for the holy site and could offer Saudi Arabia that role.

According to Schanzer, advancements in the Abraham Accords framework could sway Jordan towards friendlier relations with Israel, with the UAE, Bahrain Morocco and Egypt having key roles to play. A game changer would be if Saudi Arabia joins the Abraham Accords, which Schanzer believes would “change the entire tenor of the region.” Regardless, Schanzer stressed the need for Saudi and UAE influence on Jordan, as the energy-rich nations remain Amman’s largest benefactors.