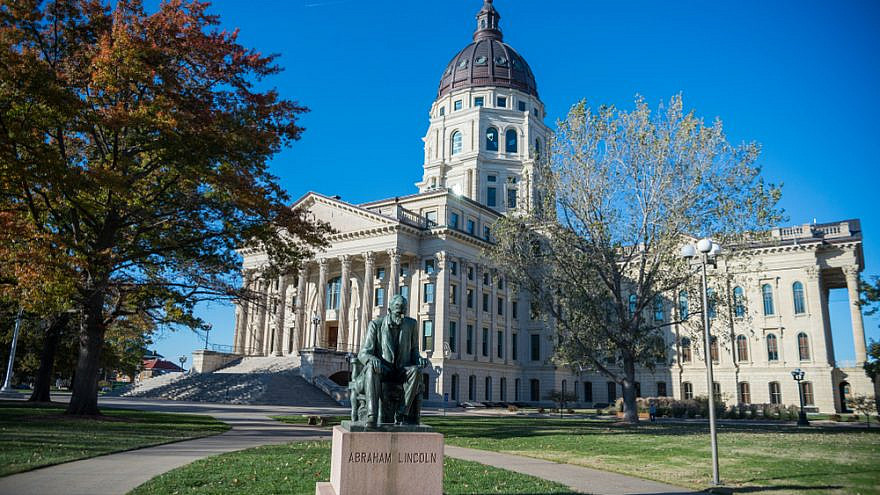 (May 28, 2021 / JNS) The Kansas House of Representatives passed a resolution on Wednesday that expressed solidarity with Israel and condemned Hamas as “terrorists” following 11 days of violence this month between the two sides, reported The Kansas City Star.

The House voted 83-27 in favor of the resolution, which will be sent to Israeli governmental representatives in the United States. It was the legislation considered before members adjourned for the rest of the year.

The resolution said Kansas considers Israel “a trusted ally” and “endeavors to work toward peace” while ensuring “security for Israel’s people, neighbors and citizens of the world.” It also denounced Hamas rocket attacks on Israel, though it did not mention the recent conflict.

“They’ve been a great partner to us, and we just wanted to acknowledge that to them,” said Republican Rep. Chris Croft. Fellow Republican Rep. Tatum Lee-Hahn said he believes that supporting Israel is necessary for “God’s blessing and favor in your life.”

All opposition to the resolution came from Democrats in the House, according to The Kansas City Star.

The publication added that before the legislation was passed, a “brief but intense” debate took place as two House members argued that it ignored abuses committed by the Israeli government against Palestinians.

Democratic Rep. Boog Highberger claimed that Palestinians have been “under occupation” for decades and that lawmakers should not be “supporting the murder of civilians.”

Democratic Kansas City Rep. Aaron Coleman, who is Jewish, said, “The American revolutionaries—they used violence to get our independence, and now the Palestinians are using the same tactics that George Washington embraced to get their independence.”