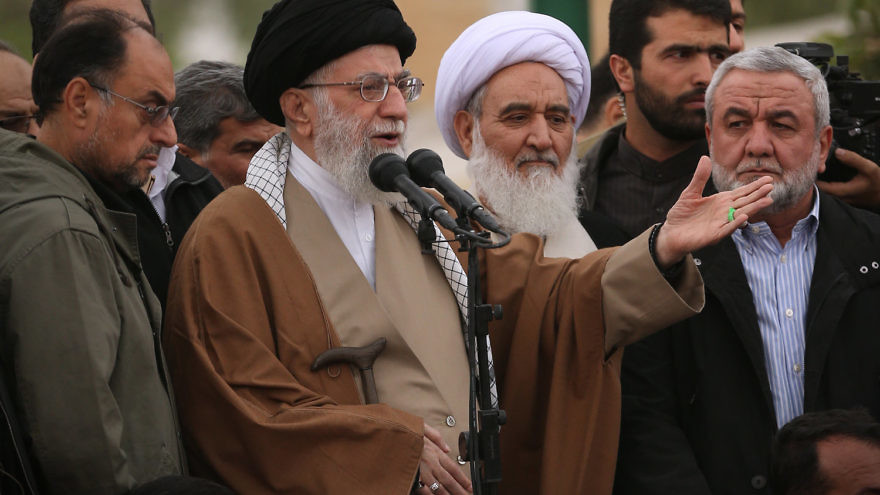 (February 20, 2020 / JNS) Iran’s Supreme Leader Ayatollah Ali Khamenei said on Wednesday that the United States, “which is controlled by the wealthy Zionist individuals and corporate owners,” would sink like the Titanic.

“The Americans decorate a facade to deceive others and to scare some. But just as the magnificence of the Titanic didn’t prevent her from sinking, the glory of the U.S. won’t prevent it from sinking. And it will sink,” he said.

The Iranian leader also appeared to echo the campaign rhetoric of Democratic presidential candidate Bernie Sanders, stating: “The truth is that with a $22,000 billion debt, the U.S. has one of the largest debts in the world today, and the gap between social classes is wider than ever.”

“These aren’t my words, but the words of a member of the U.S. ruling body,” he added. “He says over $100 billion has been added to the wealth of the five richest people in the U.S. in the three years of Trump’s presidency. Three of them own wealth equal to half the U.S. population. Look at this social gap!”

“The current president claims he has improved the economic situation there. Others say yes, it’s become better, but only for the billionaires, not for the people of the U.S.”

Though he did not name Sanders, the Vermont senator has stated on the record that the wealth of the five richest people in the United States has risen by more than $100 billion since U.S. President Donald Trump was elected.

“A former U.S. president says the U.S. is an oligarchy with unrestrained political bribery,” said Khamenei. “Evidence of poverty is abundant in the U.S. People die in the cold or the heat, and there are many homeless people on the streets.”

He also claimed that the wealth gap between blacks and whites in the United States has tripled over the past 50 years.

The Iranian leader further called the U.S. government “the epitome of rebellion, arrogance and tyranny.”

Meanwhile, Iranian parliamentary elections will be held on Friday. The 7,148 candidates vetted by the regime will be running for 290 seats, but many plan not to vote, which could lead to a low turnout.