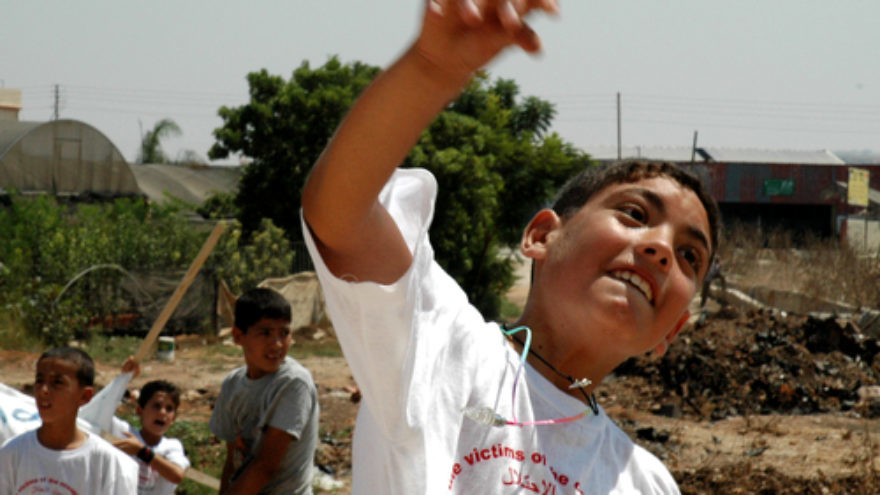 My eye was drawn this week to one of those little news items that appear in the Israeli media, but never make it into the American press. I call them the near-misses: the bomb that was discovered just before it went off, the bullet that struck just inches from its intended target. No casualties? That apparently dictates that the news is not fit to print.

This time it was a shower of rocks that were hurled at an Israeli automobile on the afternoon of May 8. Chen Borochov made the mistake of driving through an Arab neighborhood of Jerusalem known as A-Tur. He wasn’t provoking anybody. He was just driving home. His crime was that the color of his license plate identified him as an Israeli.

And that was enough for Borochov’s assailants to launch a violent ambush. One of the huge rocks smashed through the right side of his car’s front windshield. “If someone had been [sitting] next to me, he would have certainly died or remained a vegetable for the rest of his lifetime,” Borochov later remarked.

Some Americans—Thomas Friedman of the New York Times comes to mind—seem to have trouble recognizing that rocks can kill. But Arab terrorists and their Israeli victims understand that fact very well. The terrorists know it—that’s why they do it. And the Israelis know it because they have to bury the victims. At least 14 Israelis have been murdered by Arab rock-throwers since the 1980s.

The Arabs who attacked Borochov’s car weren’t trying to scratch or dent it. They were trying to stone him to death, the same way killers in the Middle East have been executing their victims for innumerable centuries.

But what drew my eye to this news report in particular was Borochov’s description of the attackers. He saw them clearly; they were just a few feet from his car, and it was broad daylight. They were, he said, “three 11 to 12 year-old children, wearing school bags.”

Just last week, the New York Times published a major news article about the Israeli authorities arresting two Arab rock-throwers who were 12 and 7 years old, respectively. The newspaper seemed more concerned that Israel was detaining and supposedly traumatizing young children, than by the fact that young children were trying to commit murder.

We in the United States don’t believe in letting violent offenders off the hook just because they are young. I have written previously about the case of three drunken teenagers who threw rocks at cars on the Capital Beltway in Washington, DC, in 1990. Thirty drivers or passengers were wounded, including a girl who suffered irreversible brain damage. The attackers were convicted of “assault with intent to murder” and each sentenced to 40 years in prison. An editorial in the Washington Post at the time correctly asked, “What’s the difference between assault with a deadly weapon—a shooting—and assault with rocks that hit cars at potentially lethal speeds?”

Kids who throw rocks because they’re drunk are bad enough. Kids who throw rocks because they are being politically and religiously indoctrinated to hate Jews are far more dangerous. How can this be changed? The Obama administration’s peace-processors need to focus less on issues such as settlements and borders, and more the on issue of getting ordinary Palestinians to stop trying to kill Israelis. Step number one would be demanding that the Palestinian Authority uses its schools and news media to send a message to Palestinian parents: teach your children that throwing rocks is wrong. Is that too much to ask?

Stephen M. Flatow, an attorney in New Jersey, is the father of Alisa Flatow, who was murdered in a Palestinian terrorist attack in 1995. He is chairman of the Alisa Flatow Memorial Scholarship Fund, www.alisafund.org.