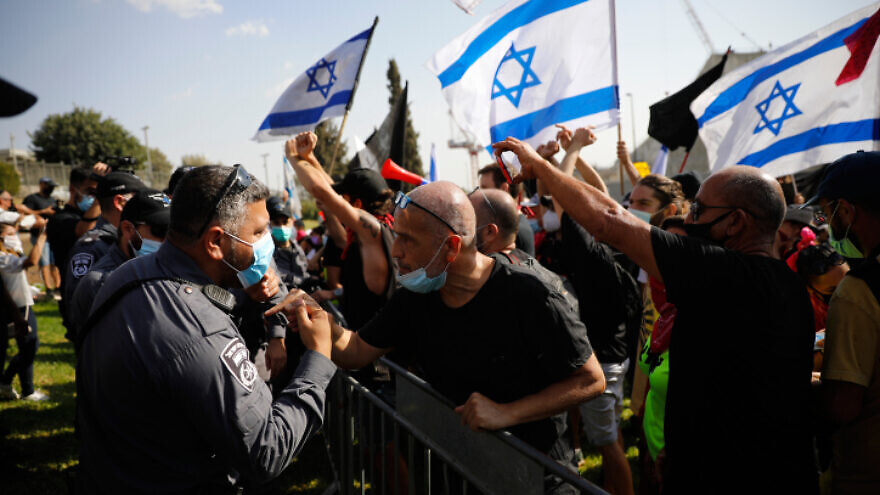 Under the law, Israelis are barred from attending demonstrations more than .6 miles from their homes, and outdoor gatherings are limited to a maximum of 20 individuals.

The passing of the bill, by a vote of 46-38 just after 4:30 a.m., was made possible largely by the fact that on Tuesday, the Likud Party dropped dozens of reservations that it had filed regarding various articles in the bill.

The ruling party had previously demanded, for example, that the ban on mass protests remain in effect for the duration of the pandemic even after the current lockdown is lifted. Coalition partner Blue and White said it would not allow that type of prohibition to pass into law.

Under the final version of the bill, the government-declared “special coronavirus emergency” allows the Cabinet to limit all public gatherings, including protests, prayers and religious ceremonies, for a period of a week with the possibility of a two-week extension should the state of emergency remain in place.