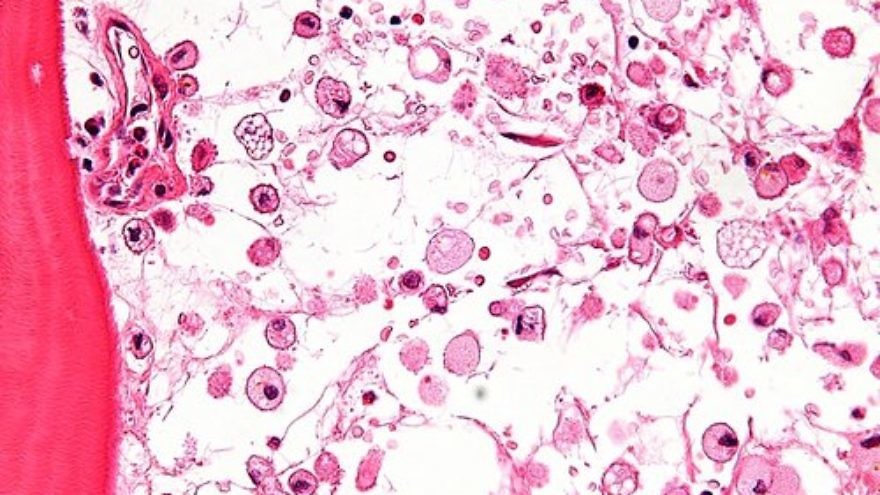 (November 1, 2017 / JNS) Joseph Tessel doesn’t have any strong candidates—yet. But when he does meet the woman he wants to marry, he’s ready for her.

In part, that’s thanks to the fact that, on Oct. 17, this City College of New York student got himself tested on campus for a slew of Jewish genetic diseases.

“I heard about the screening from our Hillel and thought, why not?” says Tessel. “I’ve always been curious about what genetic conditions my family and I are predisposed to, anything that could affect my children someday. When I heard that here was a chance to take a pretty expensive test free of charge that would tell me that, I could think of absolutely no reason not to do it.”

The recent testing campaign and others like it, often on campuses with high Jewish populations, are run by JScreen, an organization whose mission is to screen for and raise awareness about Jewish and other genetic diseases. Among the 200-plus diseases JScreen tests for, the most common among Jews is Gaucher disease. In partnership with the National Gaucher Foundation, JScreen ramped up efforts to raise awareness about Gaucher during October, designating the month as Gaucher Disease Awareness Month.

Gaucher occurs when there is insufficient glucocerebrosidase, an enzyme that breaks down a fatty substance called glucocerebroside. When the body can’t break down the enzyme, Gaucher cells get backed up in the spleen, liver and bone marrow. This can result in low blood counts (anemia), easy bleeding and bruising, fatigue, an enlarged spleen or liver, and bone problems.

Though fairly rare in the general population (one in 40,000), Gaucher is far more common for Ashkenazi Jews—about one in 450, with one in 12 being a carrier; carriers do not show the disease’s symptoms.

Many people who have the disease are so minimally affected that they barely realize it, while early screening is reducing the damage that Gaucher inflicts. For those who are more symptomatic, a range of treatments is available when medically necessary.

“We now have five FDA-approved treatments for Gaucher and more are in development,” says Amy Blum, who heads the National Gaucher Foundation. “And that’s unusual for such a rare disease.”

Current research includes gene therapy, which is poised to enter clinical trials in the next year, as well as new forms of enzyme replacement therapy. An apparent link of Gaucher to late-onset Parkinson’s disease is being studied by the Michael J. Fox Foundation, among others.

Although the disease has a high prevalence in the Ashkenazi population, that applies mostly for type 1 Gaucher, which has far fewer devastating neurological symptoms than types 2 and 3, says Dr. Neal Weinreb, who teaches human genetics and hematology at the University of Miami’s Leonard M. Miller School of Medicine.

“One of the mysteries is you can have two siblings with the same mutation with very different cases,” Weinreb, the southeastern U.S. regional coordinator for the International Collaborative Gaucher Group. “That’s why they need to be evaluated and followed by people who know about Gaucher.”

To spread the word, JScreen and others reach out to rabbis and gynecologists to encourage engaged couples to be tested. Testing advocates say that even couples with mixed religious backgrounds need to be screened.

Many couples in which both partners are carriers choose to undergo pre-implantation genetic diagnosis, followed by in vitro fertilization (IVF), thereby assuring that their children will be Gaucher-free. Paige and Alan Guy of Ocean, N.J., who both tested positive for the Gaucher mutation, are now in the midst of the IVF process and, despite its complexities, are “grateful that the testing and the technology exist to allow us to have healthy children,” Paige says.

“We got tested and turned out to be carriers for different things, but nothing overlapped,” says Yocheved Ferstenberg, who became a first-time parent four months ago along with her husband, Alex. “We know we are lucky.”

It’s too soon for Tessel, the City College student, to know the screening results, which typically take a month to arrive. But it’s not too soon for him to think carefully about the conversation that he plans to have with his future wife.

“To not talk about it would be not fair to either of us,” he says, “or to the children I hope we will have someday.”