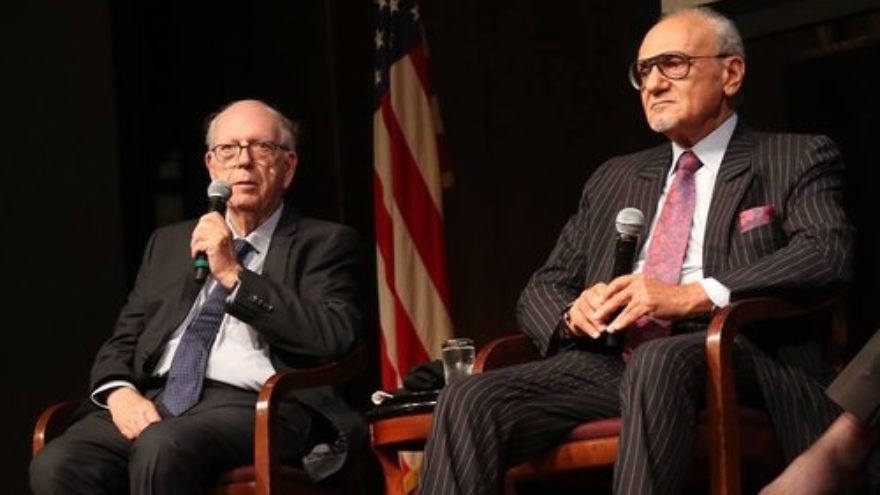 (November 6, 2017 / JNS) A flurry of reports involving Israel and Saudi Arabia in recent weeks has increased speculation on the current extent of covert relations between the countries, including with regard to their mutual foe of Iran and the Israeli-Palestinian peace process.

In late October, Saudi Arabia denied that its officials embarked on a secret diplomatic visit to Israel in September, following reports in Israeli media that a Saudi royal recently traveled to the Jewish state.

The Saudi denial followed reports by Israeli radio in September that Saudi Crown Prince Mohammed bin Salman visited Israel and secretly met with government officials there. Israel has not confirmed nor denied the reports.

A White House official told Politico that Greenblatt has “been in frequent contact with” senior officials from several Arab states, including Jordan, Egypt and the United Arab Emirates, and that “while these regional talks will play an important role, the president reaffirms that peace between Israelis and Palestinians can only be negotiated directly between the two parties.”

Israeli Prime Minister Benjamin Netanyahu has repeatedly stated in recent years that Arab nations are becoming more open to relations with the Jewish state, particularly due to shared concern about Iran.

“I don’t think there are any ‘under the table’ talks,” said the former Saudi intelligence chief. “I think Mr. Netanyahu painted a picture for himself in which there are some clandestine understandings between the two countries because of Iran, and is thus trying to present supposed support from the Arab world in order to encircle Iran while avoiding the Palestinian issue altogether.”

Despite al-Faisal’s comments, Jonathan Schanzer, senior vice president of research at the Foundation for Defense of Democracies (FDD) think tank, said it has been difficult not to notice how public events featuring Israelis and Saudis seem to be taking place more often.

“It’s also hard not to note how Israel and the Gulf states have tempered their tone towards each other over the last year or so. Even the Judo flap in the UAE ended with an apology, which would have been unthinkable a few short years ago,” Schanzer told JNS.org, referring to the recent international judo tournament in which Israel’s team was forced to compete without national symbols.

Lori Plotkin Boghardt, an expert on the Gulf states at the Washington Institute for Near East Policy, said it is clear that the interests of Israel and the Gulf states are increasingly aligned.

“What I think everyone can agree on is that they’re seeing eye to eye on multiple threats in the region, and that this sense of shared threats has only increased recently,” she told JNS.org.

Saudis and the peace process

According to Schanzer, the Saudis “have historically been important players in terms of pushing the Palestinians to the negotiating table when the United States takes the lead” in the peace process. But given various other regional concerns, he expressed uncertainty over whether Saudi Arabis currently sees Israeli-Palestinian peace as a top priority.

“It is unclear to me right now whether the Saudis are particularly keen on pushing Palestinian-Israeli peace … ahead of some of its other priorities, notably curbing Iran’s regional ambitions and isolating the Qataris,” Schanzer said, referring to the dispute between terror-funding Qatar and a Saudi-led group of Arab states.

Boghardt also expressed doubts about Saudi involvement in the peace process right now, but said it cannot be ruled out in the future.

“I think under the right conditions, the Saudis could be open to this, but we’re not there yet,” she said.

A window into the future

One example of what future Israeli-Saudi relations could bring is the recent announcement by Saudi Crown Prince Mohammed bin Salman of a plan to build a $500 billion city along the country’s northern Red Sea coast—near the convergence of Jordan, Israel and Egypt on the Gulf of Aqaba. According to reports, the city would be modeled on a “free zone” concept pioneered by Dubai, which would exempt it from tariffs as well as enable it to implement its own regulations and laws, separate from the rest of Saudi Arabia.

The announcement of the city project follows Egypt’s agreement earlier this year to hand over the strategic Red Sea islands of Tiran and Sanafir to Saudi Arabia, in a deal that required Israeli approval as part of the 1979 peace treaty with Egypt. Saudi King Salman’s plans for the new city include a six-mile bridge spanning the Red Sea, connecting to Egypt and the rest of Africa; this aspect would also likely require Israel’s approval, experts say.

“There couldn’t be anything close to this unless Israel and the Saudis had the opportunity to discuss in detail their relations and this bridge,” Yoram Meital, chairman of the Chaim Herzog Center for Middle East Studies and Diplomacy at Israel’s Ben-Gurion University of the Negev, told Bloomberg News.

The Washington Institute’s Boghardt believes that for now, the Red Sea project is part of the crown prince’s efforts to overhaul and diversify the Saudi economy, which is heavily dependent on oil.

“I think the crown prince essentially has a domestic agenda in mind here, like building business and employment opportunities,” said Boghardt.

While the extent of Israeli-Saudi ties remains unclear, FDD’s Schanzer is optimistic about that emerging relationship, seeing it as a positive step in a region plagued by conflict and violence.

“This is a developing story,” he said. “I find it one of the more fascinating stories out there. And it’s a positive story, which the Middle East doesn’t produce too often.”