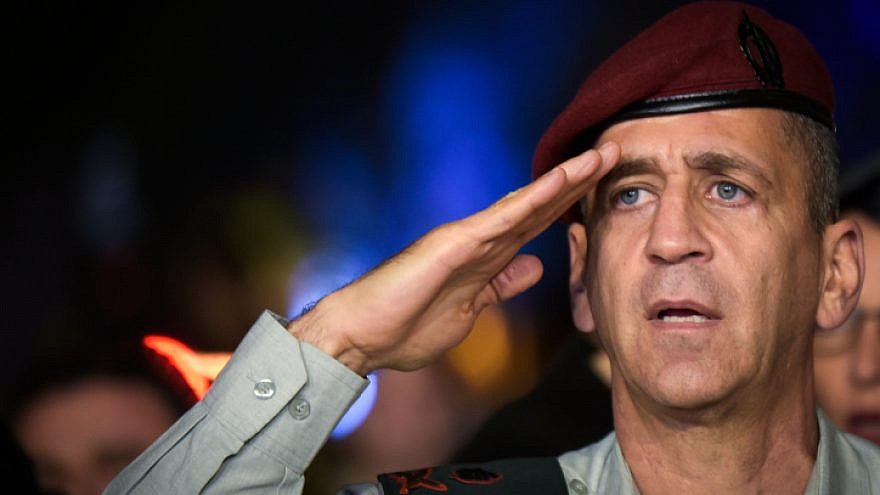 IDF Chief of Staff Lt. Gen. Aviv Kochavi salutes during a ceremony at Hakirya base in Tel Aviv, on Nov. 3, 2016. At the time Kochavi was the head of the IDF's Northern Command. Photo by Flash90.
Spread the word.
Help JNS grow!
Share now:

Kochavi will replace current IDF Chief of Staff Lt. Gen. Gadi Eizenkot, who is due to retire on Jan. 1.

Israeli Minister of Justice Ayelet Shaked called Kochavi a “fearless warrior, a moral commander, experienced and the most suitable person for the position of chief of staff during this sensitive period.”

Kochavi was appointed by then-defense minister Avigdor Lieberman, who made the move while Israeli Prime Minister Benjamin Netanyahu was out of the country; Netanyahu announced last Thursday that he had chosen former military secretary Maj. Gen. Eyal Zamir for the position.

Kochavi, 54, has a wife and three daughters. He holds a bachelor’s degree in philosophy from Hebrew University, a master’s degree in public administration from Harvard University and a second master’s in international relations from Johns Hopkins University.