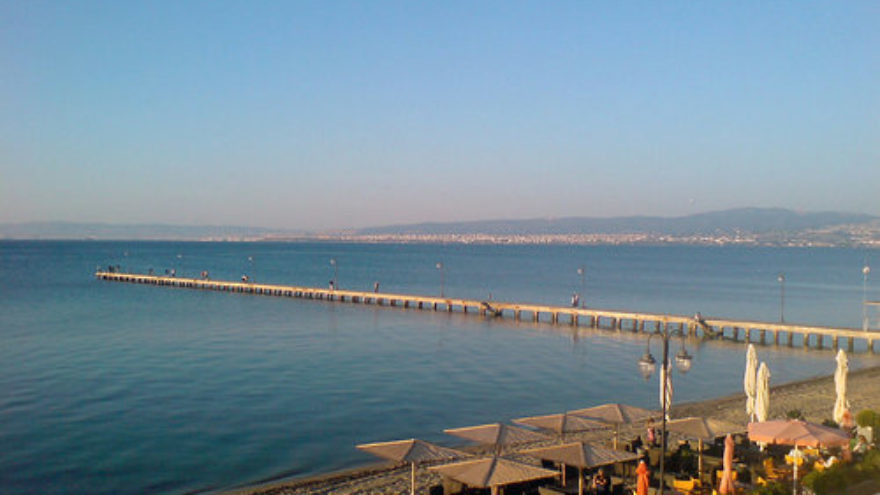 Last week’s visit by Israeli Prime Minister Benjamin Netanyahu and his wife, Sara, to Thessaloniki, Greece, marking the construction of a new Holocaust museum, turns the page in the history of city’s once thriving Jewish community.

Thessaloniki was nearly wiped out during the Holocaust.

It was formerly home to Greece’s largest Jewish community. Following the Jewish expulsion from Spain, the city was one of the most prominent centers for Sephardic Jewry for over 450 years.

Thessaloniki, also once known as Salonica, was so synonymous with its flourishing Jewish community that 16th century Jewish Portuguese author Samuel Usques, deemed it “the metropolis of Israel, the city of Justice, the mother of Israel same as Jerusalem itself.”

Back then, the Jewish community’s influence in the city was so significant that all trade and businesses —Jewish and non-Jewish alike —were closed on the Sabbath and during Jewish holidays.

At its peak during the Ottoman Empire, around 90,000 Jews lived in Thessaloniki, but by the beginning of the 20th century, only around 56,000 Jews remained.

During the early days of the Zionist movement, in the early 20th century, a young David Ben-Gurion and Yitzhak Ben-Zvi both visited Thessaloniki to study its thriving Jewish society as a model for the future Jewish state.

With the rise of Hitler, the Nazis invaded Thessaloniki in April 1941, and two years later began killing Greece’s Jews. In March 1943, the Nazis began deporting Thessaloniki’s Jews to the Auschwitz-Birkenau death camp in Poland.

By August 1943, an astounding 96 percent of the Jewish community had perished in concentration camps. Today’s Jewish population there numbers less than 1,000, with three synagogues serving the community.

While the city’s once vibrant Jewish past is a dwindling memory, plans to build the Thessaloniki Holocaust Memorial Museum —expected to be completed in two years — aims to keep that memory alive.

Greece’s Ambassador to Israel Konstantinos Bikas told JNS.org, “[The] Holocaust is one of the worst crimes ever. Its history should, and will, stay alive out of respect for the Jewish lives that perished and so that such unspeakable suffering will not be experienced in the future. The Holocaust Memorial Museum of Thessaloniki will enshrine the memory of the Holocaust and will pass it on to future generations.”

At last week’s ceremony, Netanyahu, along with the grown children of a Greek Jewish Holocaust survivor, Moshe Ha-Elion, who lit a torch at this year’s Yom HaShoah memorial ceremony in Israel, unveiled a plaque for the planned Thessaloniki museum.

Tsipras noted the shared history of Greece and Israel and how the museum would safeguard the memory of the Holocaust as well as one of the most dramatic eras in the history of Thessaloniki.
“You cannot build your future unless you know your past,” said Boutaris, as he revealed the commemorative plaque at the site.

In his remarks, Netanyahu touched on Thessaloniki’s recent history in which the Nazi’s almost completely destroyed the “extraordinary and proud Jewish Community.”

He also shared a little-known story about the “heroism of the Greeks,” in “the case of the Island of Zakynthos, where the German commander said, ‘Give me a list of the Jews’ and the bishop and the mayor brought a list of the Jews, two names. They said, ‘This is our Jews [sic]. Take us.’ We honor these two great heroes among the righteous among the nations in [Israel’s] Yad Vashem.”

Netanyahu’s visit to the future museum came as part of a trip to Greece to attend a third trilateral summit between Israeli, Greek and Cypriot leaders, amid burgeoning relations between the Mediterranean allies.