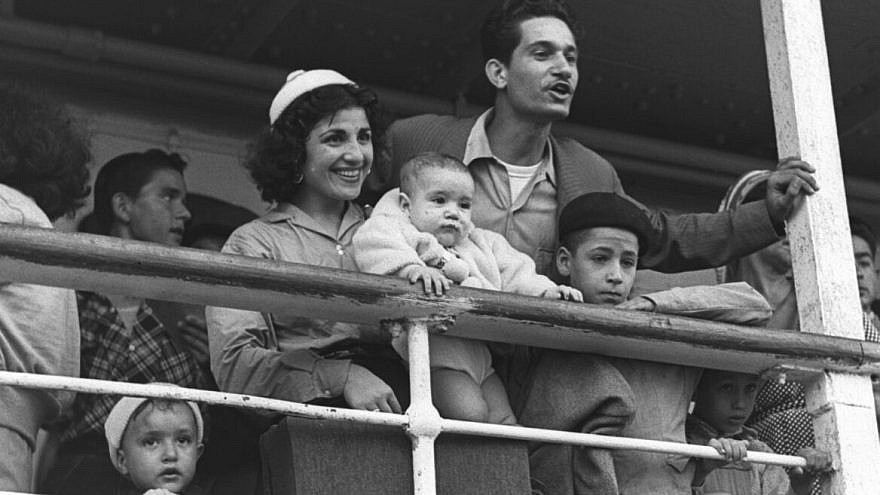 (April 12, 2021 / Israel Hayom) Descendants of families murdered in the 1948 riots in the northeastern Moroccan towns of Oujda and Jerada are set to ask the Israeli government to recognize those killed in the events as victims of terror.

Abraham Cohen, a descendant of a family that lost 17 members to the attacks, said such a move would “correct a historic injustice that cries out to heaven.”

Four Jews were killed when the riots broke out in Oujda on June 7, three weeks after Israel declared independence. They then spread to the adjacent city of Jerada. Rioting there took the lives of 37 Jews, among them community Rabbi Moshe Cohen. Women and young children were among those killed. Dozens were wounded.

Jewish stores were looted and homes were destroyed as Muslim women encouraged the acts, according to survivors’ testimony.

The riots were in response to the founding of the Jewish state and the underground activities of Moroccan Jews smuggling community members to the border with Algeria.

Located just two kilometers (1.2 miles) from the Algerian border, Ojeda was a base for smuggling Jews. In what was an open secret at the time, members of the underground would hide and smuggle Jews, raise funds and falsify identification cards, angering Muslim locals who felt a sense of solidarity with the Arab population in Palestine.

A majority of the victims’ descendants reside in Jerusalem. They hope to establish a monument for the dead where they can hold a memorial ceremony each year. To that end, hundreds of descendants have signed a petition calling for the Defense Ministry to recognize the 1948 riots as a terrorist event, something that they have been told will allow for the establishment of such a monument.

The petition will be sent in the coming days.

“The massacre there was a terrorist attack. Forty-one people were murdered just because of their efforts to bring Jews to the Land of Israel, and it is no coincidence that this happened so soon after the state’s establishment. These people who were murdered and their actions deserve to be remembered,” Cohen said.

He said, “We aren’t asking for special budgets or pensions. We only ask that someone care enough about their commemoration. We ask that they include this in the curriculum so that today’s generation will learn about the riots. We want to be able to hold a ceremony on the anniversary of the murder[s] at a monument that is established, in Jerusalem in particular, something they have longed for generations.”