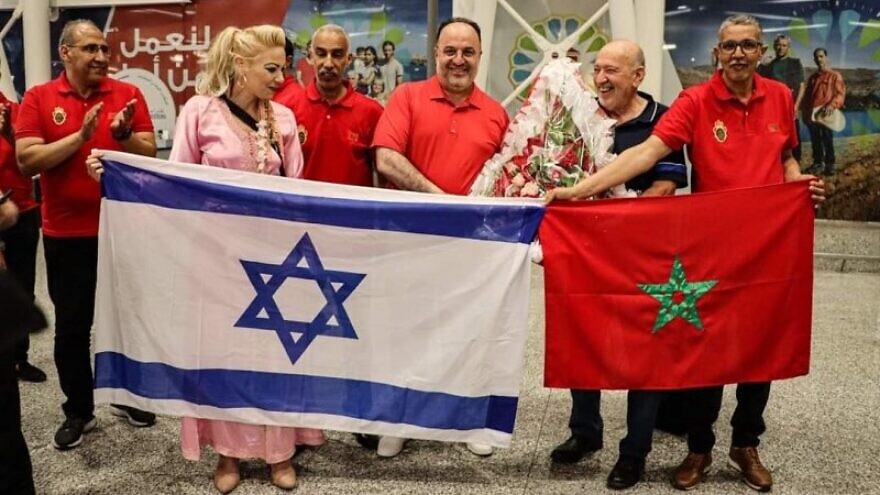 (June 17, 2022 / JNS) The Moroccan and Israeli women’s basketball teams played in Morocco in a first since the two countries normalized ties in 2020 as part of the Abraham Accords, reported  AFP.

The invitation-only game, which took place in a gymnasium in the town of Sale on June 15, was the first time the Moroccan players faced an Israeli national team in their home country, according to the Israel Basketball Federation (IBBA) website.

The Royal Moroccan Basketball Federation and the IBBA signed a framework agreement in Rabat the day before, on June 14, to develop sports cooperation by organizing tournaments and friendly matches, and having Moroccan coaches participate in advanced training courses in Israel.

“Through this cooperation, the Moroccan party aims, among other things, to benefit from the experience of the Israeli Federation which was founded in 1934 and which has accumulated a great deal of experience in terms of supervision, training and financial management,” according to a press release about the agreement.

The signing was chaired by Morocco’s minister of national education, preschool and sports Chakib Benmoussa.

He said the agreement “is in the spirit of the Abraham Accords and is in line with the willingness of both countries to build the future in the context of a multidimensional cooperation,” according to the Moroccan News Agency. “Sport is an important sector for our people, insofar as it is a factor of development and well-being,” he added.

In April, Morocco and Israel, along with Bahrain and the United Arab Emirates, signed the “Culture and Sports for Peace” agreement in Dubai.