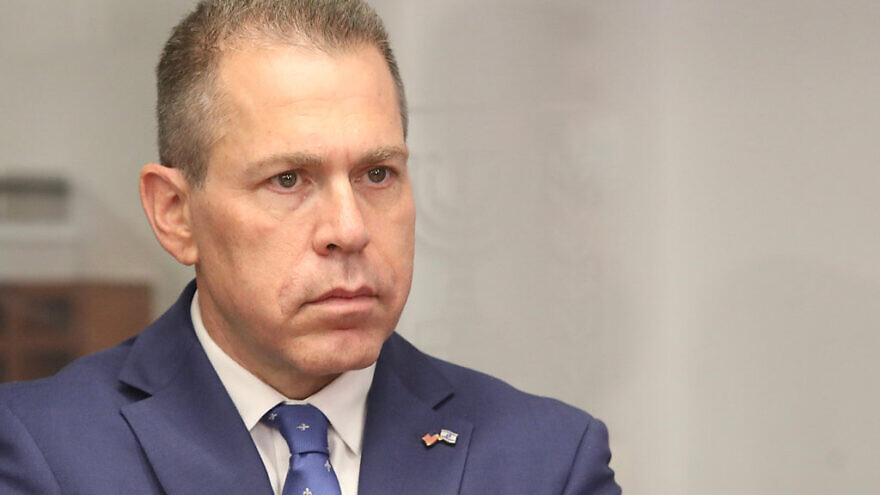 (December 30, 2022 / JNS) As one of his first orders of business upon taking office, Israeli Prime Minister Benjamin Netanyahu extended the term of Gilad Erdan, Israel’s ambassador to the United Nations.

The extension means Erdan, a member of Netanyahu’s Likud party, will remain in his post until the end of 2024.

“The prime minister spoke with Erdan and praised his professional and intensive activity to defend Israel in the international sphere,” a statement from Netanyahu’s office said.

The statement added that “Ambassador Erdan thanked the prime minister for the trust placed in him and said he will continue to act to the best of his ability to strengthen Israel’s status at the U.N.”

Erdan thanked Netanyahu in a tweet “for trusting me and extending my term as Israel’s Ambassador to the U.N.” He added that he “will continue to present the truth and defend the Jewish state against discrimination and the moral distortion in the international arena and in the U.N.”

Erdan was originally sent to New York by Netanyahu in 2020, as part of an agreement to concurrently serve as Israeli ambassador to the United States. Erdan, though, resigned from his post in Washington last June when Netanyahu fell from power, citing a desire to allow the new government, led by Naftali Bennett and Yair Lapid, to make their own choice for the sensitive position in Washington.

A member of the Knesset for Likud from 2003 to 2020 and a popular figure within the party, Erdan has held several ministerial positions, including environmental protection, communications, home front defense, interior, public security, strategic affairs and regional cooperation.

At the United Nations, Erdan was elected as a vice president of the General Assembly and successfully passed a GA resolution combating Holocaust denial and distortion.

As of now, Netanyahu has kept in place the current ambassador to the U.S., Michael Herzog. Herzog, a retired IDF general and military secretary for two defense ministers, previously worked with Netanyahu as a peace negotiator. He is also the brother of Israeli President Isaac Herzog.