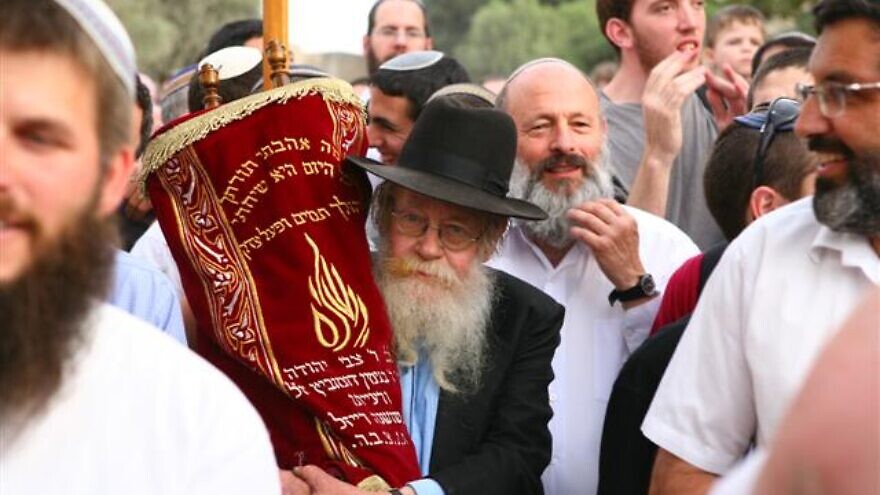 (August 9, 2020 / JNS) Israeli Prime Minister Benjamin Netanyahu was among the many public figures who eulogized internationally acclaimed talmudic scholar Rabbi Adin Steinsaltz, who died of on Friday in Jerusalem at the age of 83.

“Rabbi Steinsaltz was an outstanding example of the persistent Jew,” Netanyahu said in a statement. “He invested unceasing effort in his commentaries, especially his explanation of the Talmud which made the study of Gemara accessible to the public at large in clear and understandable language. His important works will stand for generations at the foundation of Jewish heritage as an eternal flame in his memory.”

Netanyahu, who said that though he had grown up in Jerusalem not far from where Steinzaltz lived, “I was privileged to know him only years later. I met with him several times at his home, and I heard his fascinating lessons, which always imparted knowledge to me.”

These, he said, “were not lessons in the conventional sense, but spiritually uplifting conversations that embraced the entire world—Tanach [the Hebrew Bible], the wisdom of our sages, history, philosophy, culture, linguistics and more. I also read his books that were imbued with wisdom, knowledge, contemplation and faith.”

Netanyahu went on to say that Steinsaltz’s “love of Israel was greatly influenced by his closeness to the Lubavitcher Rebbe and Chabad. The Rebbe’s exceptional personality made a strong impression on him, just as happened to me in my meetings with him. In my view, in both of them—the Lubavitcher Rebbe and his student, Rabbi Steinsaltz—I saw the same great light of love of humanity and love of the Jewish people.”

Steinsaltz, who was best known for translating the Babylonian Talmud into modern Hebrew, authored more than 60 books. He was awarded the Israel Prize for Jewish Studies in 1988; the (Israeli) President’s Prize in 2012, the same year in which he received the National Jewish Book Award by the Jewish Book Council; and the Yakir Yerushalayim (“Worthy Citizen of Jerusalem”) medal in 2017.