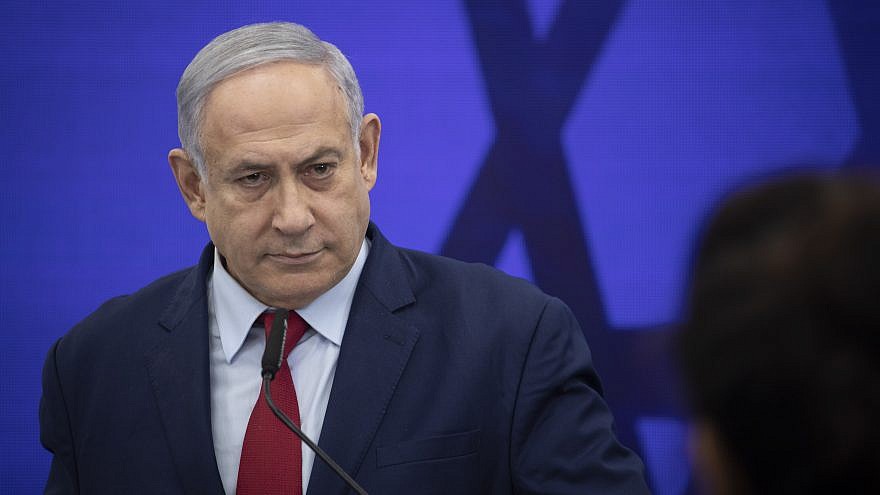 Israeli Prime Minister Benjamin Netanyahu delivers a statement to the press regarding the extension of Israeli sovereignty to the Jordan Valley and its Jewish communities, Sept. 10, 2019. Photo by Hadas Parush/Flash90.
Spread the word.
Help JNS grow!
Share now:

Responding to an anti-Semitic image that Khamenei shared on Twitter—a poster reading, “Palestine will be free. The final solution. Resistance is referendum”—Netanyahu tweeted: “Khamenei’s threats to carry out ‘The Final Solution’ against Israel bring to mind the Nazi ‘Final Solution’ plan to annihilate the Jewish People. He should know that any regime that threatens the destruction of the State of Israel faces a similar danger.”

In a series of posts on Tuesday, Khamenei criticized the “US’s unconditional, shameless support” for the “Zionist regime,” and the “Arab and Islamic governments refraining from supporting Palestine.”

He also wrote, “The Zionist regime is the most evident example of state terrorism. Ever since Britain’s anti-Islamic, antihuman policies put the Zionists to rule in #Palestine, they have been acting like a cancerous tumor, furthering their goals by massacring children, women and men.”

U.S. Secretary of State Mike Pompeo reacted with a tweet of his own.

“The United States condemns Supreme Leader Khamenei’s disgusting and hateful anti-Semitic remarks,” he wrote. “They have no place on Twitter or on any other social media platform. We know Khamenei’s vile rhetoric does not represent the Iranian people’s tradition of tolerance.”

Khamenei subsequently denied that his statements were anti-Semitic.

“Eliminating the Zionist regime doesn’t mean eliminating Jews,” he tweeted after Netanyahu’s warning. “We aren’t against Jews. It means abolishing the imposed regime & Muslim, Christian & Jewish Palestinians choose their own govt & expel thugs like Netanyahu. This is ‘Eliminating Israel’ & it will happen.”