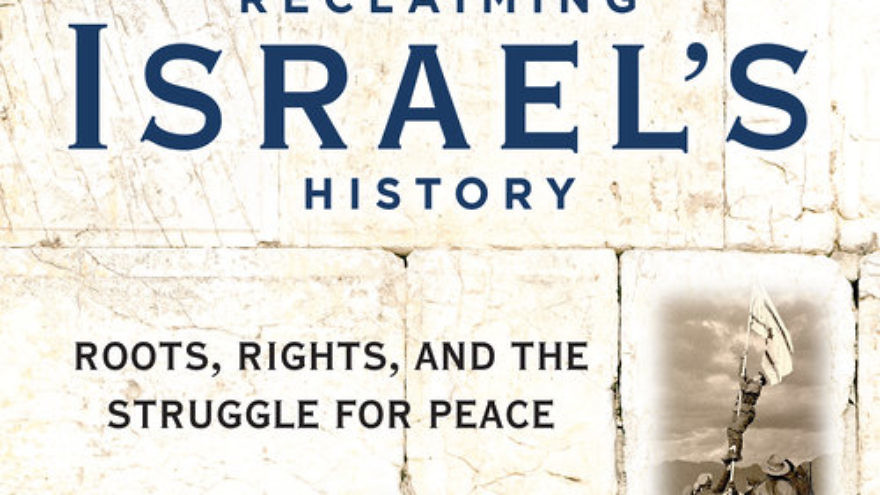 “Those who cannot remember the past are condemned to repeat it,” wrote philosopher George Santayana in 1905. Today, Western civilization’s impaired memory is only part of a bigger problem.

From the United Nations to university campuses, when history conflicts with progressives’ agenda, they simply change the past. Disparate leftist forces, banded together by “intersectionality,” stake their legitimacy on a history they’ve revised to suit their purposes.

No past is more under siege than the history of the Jewish people and their connection to the land of Israel. While countless books have been written on Judaism’s connection to the Holy Land, author David Brog’s recent release, “Reclaiming Israel’s History: Roots, Rights, and the Struggle for Peace,” may be the most important book on the subject written in a post-9/11 world.

Full disclosure: I have interviewed Mr. Brog numerous times in his capacities as founding director of Christians United for Israel (CUFI) and executive director of the Maccabee Task Force. I have always found his no-holds-barred perspective refreshingly honest. It’s that same approach to his writing that makes this book so gripping.

Beginning with the first chapter, “The Jewish Claim,” Brog captures the reader’s interest by dispelling a widely accepted myth. He addresses the 70 A.D. rebellion against Rome and how the Jewish revolt resulted in the death, enslavement and exile of hundreds of thousands of Jews, thus beginning “an exile of the Jewish people from their ancestral homeland that would last almost 2,000 years.”

Noting “a certain romance to this story,” Brog piques the reader’s interest by adding, “There’s just one problem: it isn’t true.” He goes on to clarify that the Romans did massacre, enslave and exiled hundreds of thousands of Jews, yet “even after the Romans had done their worst, millions of Jews remained in their land. These Jews would continue to cling to their native soil—and constitute a majority in it—for many centuries to come. There was no 2,000-year separation.”

Documenting the Jewish people’s historical connection to the land of Israel, Brog takes the reader through the Bar Kokhba revolt, Byzantine rule, Persian conquest, Muslim persecution and so on. The point is that Jews have been the majority population in Israel for the greater part of the past 2,000 years, and even during the limited time when Jews were a minority in the Holy Land, they always had a significant presence.

Much of the argument against the state of Israel’s existence and the Jewish connection to the land is based on the fallacy that Jews had little presence there until the advent of mass immigration from Europe a century ago. Too many academics and anti-Semites want the world to believe that. They claim the Jews stole the land—a lie exposed and refuted early on in “Reclaiming Israel’s History.”

A graduate of Princeton University and Harvard Law School, Brog could easily have written a book geared toward academics and intellectuals. Instead, the book is a simple, straightforward read, targeted for the most vulnerable and impressionable of our society.

“Through my work with CUFI and the Maccabee Task Force, I’ve been educating college-age students and young people about the conflict for years,” Brog told the Haym Salomon Center. “What I learned years ago was that most kids, Jewish and Christian, have very little knowledge of the real history.”

“With so much anti-Israel activity taking place on college campuses, pro-Israel activists need to know the facts about the Jewish connection to the land,” he said. “They need this knowledge to be able to win the hearts and minds of students who are being inundated by lies taught in classrooms and propagated by groups such as Students for Justice in Palestine.”

Three years in the making, “Reclaiming Israel’s History” cannot be described as a one-sided look at history. Brog offers a refreshingly honest look at Palestinian claims. “Not every family, tribe and ethnic group has the right to an independent state. This right arises only once a community has developed into what we commonly call a ‘people’ or a ‘nation,’” he writes.

Brog goes on to explain that even by the most “generous definition of nationhood,” Palestinians are at best a new collective that did not exist until sometime after 1967. While this does not “invalidate their claim,” Israel cannot be blamed for not recognizing a people before they recognize themselves.

Relying on historical facts and accurate definitions, Brog does a brilliant job explaining the inclusiveness that is “Zionism” and how even the most zealous Zionists, such as Ze’ev Jabotinsky, agreed with more moderate leaders David Ben-Gurion and Chaim Weizmann that British Palestine’s Arabs deserved human and civil rights.

With anti-Israel and anti-Semitic forces working to redefine Zionism as “racism” and worse yet, “genocide,” Brog decimates their bigotry-driven claims, a message that every millennial Jew and Israel advocate needs to understand.

Replete with facts that Israel’s detractors don’t want people to know, Brog’s book is a nightmare for academics teaching revisionist history to impressionable college students. I only wish it were required reading.