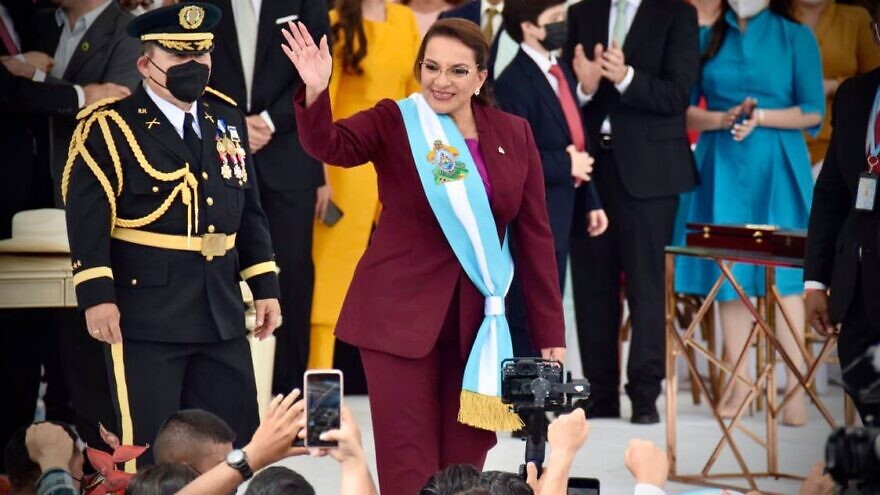 (January 28, 2022 / JNS) Honduras new Socialist president Xiomara Castro was sworn in on Friday, becoming the first woman president and ending the eight-year rule of conservative Juan Orlando Hernández, who has been accused of corruption.

“The economic catastrophe that I’m inheriting is unparalleled in the history of our country,” Castro said in her inaugural address, as reported by Reuters.

Castro has promised to stamp out systematic problems in the country like economic insecurity, inequality, corruption and violence, which have been factors in the decision by Hondurans to migrate to the United States.

Despite its small size and large distance from the Middle East, Honduras has become a key ally for Israel and integral to the Jewish state’s success in growing allies in Latin America in recent years with other countries such as Brazil, Columbia and Guatemala. Notably, Honduras became the fourth country to open an embassy in Jerusalem in 2021 and has supported Israel in international forums such as the United Nations.

With Castro, 62, at the helm, Israel is concerned that it could see a downgrade in ties with Tegucigalpa. Notably, Castro’s husband is former president Mel Zelaya, a wealthy landowner who was deposed by a military coup in 2009. Zelaya is a polarizing figure in Honduran politics and a notable ally of both former Venezuela Socialist President Hugo Chávez and Cuba’s Fidel Castro. Zelaya also claimed that he was tortured by Israeli mercenaries via high-frequency radiation.

Emanuele Ottolenghi, a senior fellow at the Foundation for Defense of Democracies, told JNS that while it’s too early to tell if Castro would reverse the embassy move, precedent exists for it in Latin America.

“When Paraguay’s current president, Mario Benito Abdo, took office in August 2018, he reversed his predecessor’s decision to move the embassy and switched it back to Tel Aviv. But we have to wait and see,” he said, adding that Castro has a slew of other domestic issues to contend with.

“Castro, candidly put, has bigger fish to fry right now, and foreign policy may not be the area where she wishes to pick up her first fight against the National Party” of Hernández, he said. 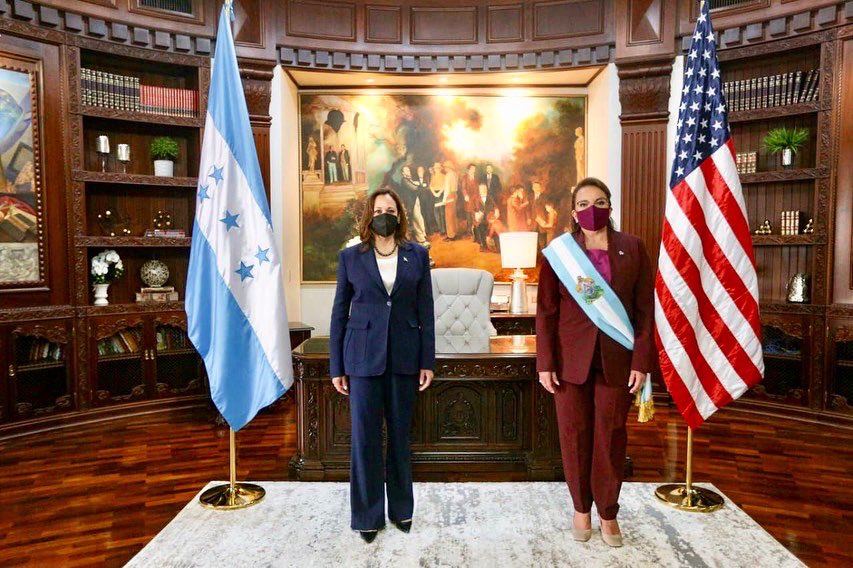 Dina Siegel Vann, director of the Arthur and Rochelle Belfer Institute for Latino and Latin American Affairs for the American Jewish Committee, agrees, telling JNS that Castro has so far been focused on domestic issues and the changes she wants to make within the country.

“The U.S. is fundamental for her government program to succeed, and therefore, she will do as much as she can to avoid a confrontation,” she said. “The issue of Israel comes to mind. Honduras has been one of the staunchest allies of the Jewish state due in part to evangelical [Christian] support.”

‘Iran will continue to build its networks in Central America’

Nevertheless, the shift to a leftist leader in Honduras presents a larger problem beyond ties with Israel. Iran and more significantly, China, are making serious inroads in the region.

In the past few years, China has persuaded other Central American nations, such as Panama and Nicaragua, to diplomatically move from Taiwan to the Chinese Communist Party. Honduras still maintains ties with Taiwan.

With China’s aggressive, neo-colonial penetration of the region, Honduras is a sure target,” said Ottolenghi.

At the same time, Iran, which has strong ties with the regime in Venezuela and its terror proxy, Hezbollah, has used Latin America to run transnational organized crime rings, international terrorism and drug-smuggling. 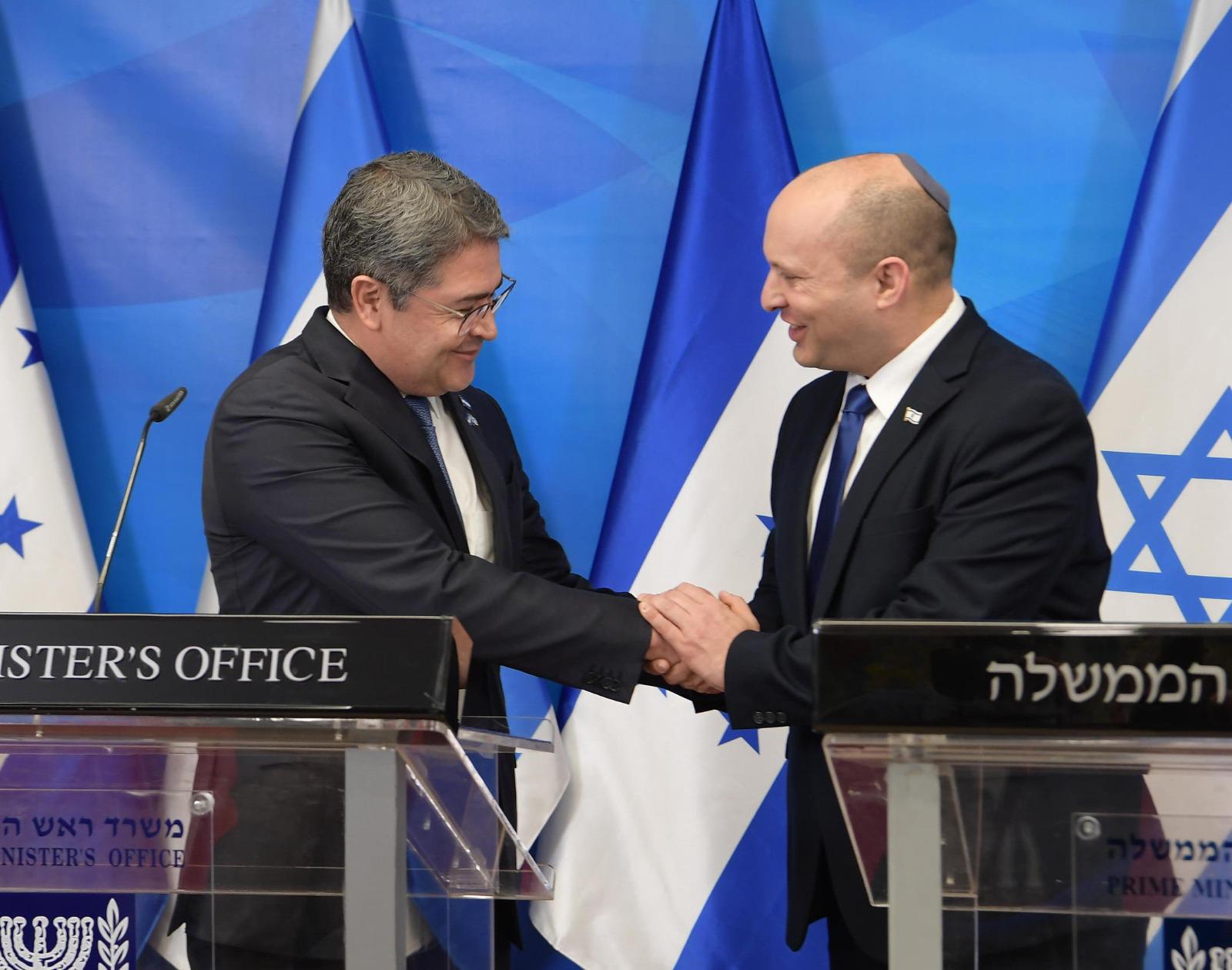 “With Iran, their presence in Central America has been ongoing and consolidating under the radar for more than two decades,” he said. “It is too early to tell whether President Castro will actively court Tehran. There is no doubt that Iran will continue to build its networks in Central America, regardless of who is in power.”

Meanwhile, Honduran Vice President Salvador Nasralla also has made troublesome statements regarding Jews. Nasralla, who is of Palestinian descent, accused Hernandez of being controlled by Israel and said in a debate that Jews oversee the global money supply. Honduras has the largest Palestinian community in Latin America behind Chile.

“Anti-Semitism remains pervasive in many Latin American countries, compared to the West,” said Ottolenghi. “To have someone rise to the second-highest office in a country and hold anti-Semitic views is never a good sign.”

‘We don’t expect immediate changes in the relationship’

Siegel Vann said that given the large Palestinian community in Honduras, his comments are not rare but unlikely to make any real difference in bilateral ties.

“We don’t expect immediate changes in the relationship, but how Honduras votes in multilateral forums—where in the last years it has sided with the U.S. and with Israel—will give us some idea if real changes are on the horizon,” she said.

With Central America facing serious economic and political concerns, there may be less of a focus on reversing ties with Israel, though that still may present problems for the Jewish state going forward.

“The main drivers of political change currently sweeping the region have more to do with domestic crises—mainly, the pandemic’s mismanagement and the economic crunch that followed,” said Ottolenghi. “That said, most left-wing parties in the region still harbor anti-Americanism within their ranks, of which anti-Israel sentiment is a subset.”

“So, while the rise to power of Xiomara Castro in Honduras may have less to do with anti-Americanism and more with socio-economic issues,” he explained, “the net effect of those results is going to be governments that, at the very least, will be less friendly to Israel in the U.N. and might take foreign-policy decisions that negatively impact U.S. and Israeli interests.”