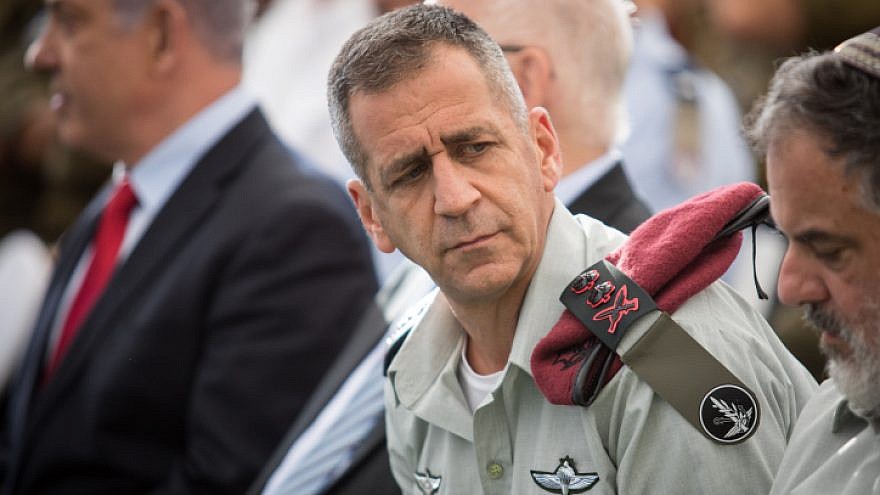 (February 16, 2020 / Israel Hayom) The Israel Defense Forces has unveiled its new multi-year work plan, which according to the military is designed to greatly increase its offensive and defensive capabilities.

IDF Chief of Staff Lt. Gen. Aviv Kochavi presented the plan on Thursday, despite the ongoing political turmoil in Israel, which is heading into its third general election within a 12-month period. Defense Minister Naftali Bennett approved the plan and presented it to Israeli Prime Minister Benjamin Netanyahu. It will be presented to the Cabinet for a vote this week.

Presenting the plan, Kochavi stressed the urgent nature of the threats Israel faces, saying “they won’t wait” for Israel to resolve its electoral crisis.

“Momentum” focuses on strengthening the military’s war readiness, placing an emphasis on the operational edge of the IDF’s elite units in all corps, upgrading the quantity and quality of the munitions used but the air force and transforming the army into a deadly and multidimensional technological force across all spheres of battle, including cyber and electronic warfare.

Along with the complete overhaul of the IDF’s technological and combat abilities, “Momentum” also rebranded the IDF Depth Corps its “Iran Directorate.” The new division will focus exclusively on the threat posed by the Islamic Republic, “dealing with surveillance, counter-tactics and strategy, and the planning of operations related to the Iranian nuclear program and Iran’s military presence in Syria, including in the cyber and satellite fields.”

Bennett noted that the plan “will allow the IDF to strike the enemy faster, more intensely, with a stronger destructive capacity, thus overcoming the enemy and bringing victory.”

“The plan puts the principle of victory back at the top of the list of priorities,” he said.