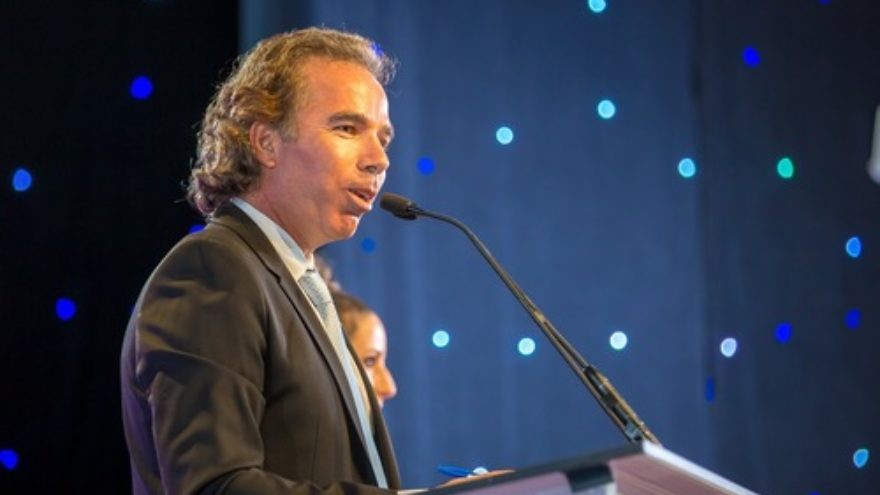 The Israeli-American Council (IAC), a non-profit organization providing various means of support for the estimated Israeli-American population of 500,000-800,000, recently announced the formation of a new partner organization that will focus on advocating to legislative policymakers on behalf of Israeli Americans.

With the numbers of conventional Jewish communities across America either stagnant or declining, the emergence of the Israeli-American community, which brings to the table its unique cultural and political experiences, has added a new dynamic to the fabric of Jewish life in the United States. Against that backdrop, how does the newly created Israeli-American Nexus (IANexus) seek to fit into the established field of pro-Israel advocacy?

“We have formed the IANexus to make the voices of Israeli-Americans heard on a range of issues at the federal, state, and local level—from fighting Israel’s delegitimization to strengthening the U.S.-Israel alliance to advancing our community’s domestic policy priorities,” Shawn Evenhaim, chairman of the IANexus, told JNS.org.

Headquartered in Los Angeles, the IAC was founded in 2007 with the stated mission “to build an active and giving Israeli-American community throughout the United States in order to strengthen the State of Israel, our next generation, and to provide a bridge to the Jewish-American community.” The organization has expanded rapidly in recent years, building a multimillion dollar community center in Los Angeles and establishing regional offices around the country.

Building on the success of the 501(c)(3) IAC, the IANexus has 501(c)(4) status, allowing it to engage in more organized political activities. For its first major effort, the IANexus said it plans to muster communal support for the Combating BDS Act of 2016, which was recently introduced in Congress and supports U.S. states’ rights to cut ties with companies that boycott Israel.

The Combating BDS Act seeks to build on the momentum of several new resolutions under consideration by lawmakers in California, New York, Indiana, Virginia, Pennsylvania, and Florida that penalize entities supporting the BDS (Boycott, Divestment and Sanctions) movement.

In the legislative arena, IANexus joins the ranks of organizations whose chief player is the influential American Israel Public Affairs Committee (AIPAC), which has been the vanguard of pro-Israel lobbying for decades. In a move that was similar to the launching of IANexus, the 501(c)(3) Christians United for Israel (CUFI) last year established the CUFI Action Fund, a separate 501(c)(4) organization to support pro-Israel legislation in Congress and to harness the political power of America’s Christian Zionists.

On the religious side, the different Jewish denominations have legislative arms, such as the Orthodox Union’s non-partisan Advocacy Center or the Religious Action Center of Reform Judaism.

Finally, another player in the Israel and Jewish lobbying space is the controversial J Street, which calls itself “pro-Israel, pro-peace,” but has often come under fire for disproportionate criticism of Israeli government policies and for partnering with anti-Israel groups, particularly on college campuses.

As such, with the pro-Israel and Jewish communities being well-represented on a number of sides of the political and religious spectrum, how does the IANexus see itself fitting in and adding value to organized American support for Israel?

Evenhaim asserted that the IANexus does not plan to compete with existing pro-Israel political groups, but instead intends to complement their efforts, especially on the state and local levels, which he said other pro-Israel groups have not focused on as much.

“There is no one out there that is concentrating on the state and local level,” Evenhaim told JNS.org. “There are a lot of great organizations that are doing it at the federal level. While we will do it at the federal level too, there is a gap on the state and local level that we hope to fill….It’s not that the other organizations missed it, it is just not in their mission.”

In many ways, the emergence of the IAC and now the IANexus heralds a new era for the American-Jewish community, which has traditionally been comprised of a Jewish population that largely immigrated to the U.S. in the late 19th and early 20th centuries.

Most of the estimated 500,000 to 800,000 Israeli Americans living in the U.S. live in three major regions: Los Angeles, New York/New Jersey, and Florida. But there are also significant Israeli-American communities in almost every major American city, from Boston to San Francisco to Chicago to Washington, DC.

With support from major philanthropists such as Sheldon Adelson, the IAC—whose former national chairman was Evenhaim and whose current chairman is Adam Milstein—underwent a major nationwide expansion in 2013 and 2014 to provide community and national-level programs for Israeli Americans across the country.

Evenhaim sees the creation of IANexus as the next step in Israeli Americans’ increased engagement in the political process in support of Israel and the Jewish community in America.

“It is important to understand that we are here to join everyone and to strengthen the existing efforts. That is exactly what we plan to do, and we are excited to be a part of the whole pro-Israel American community,” Evenhaim said.

At the same time, the IAC has also been successful in engaging Israeli Americans themselves, a space where it believes other Jewish organizations fell short. Evenhaim credits that success to the IAC being “part of that [Israeli-American] community already.”

“It is not that we just speak the same language (Hebrew), but we also have shared experiences. When our parents or brothers are being attacked, it is a different experience,” he said.

“Through the IAC, we have reached the Israeli Americans. There is no reason we can’t do it in the IANexus,” added Evenhaim.

One of first state-level IANexus initiatives was helping facilitate a landmark agreement signed between the California Institution of Regenerative Medicine and Israel’s Ministry of Science, Technology and Space to advance U.S.-Israel collaboration in stem cell research.

“We were very honored to be part of the group to facilitate that agreement,” Evenhaim said. “Our goal is to create more partnerships between the people of Israel and the United States.”

Evenhaim said that building ties in areas such as high-tech, bio-tech, and security will not only benefit the U.S.-Israel relationship, but also the entire world because of the innovative technologies that emerge from such partnerships.

But at the moment, the top current focus of IANexus is to support the Combating BDS Act in Congress and encourage state lawmakers to target BDS groups.

“We are not just pushing these bills for the benefit of Israel,” Evenhaim said. “We see these bills as important for any ally of the United States. Today it is Israel, tomorrow it can be another country.”