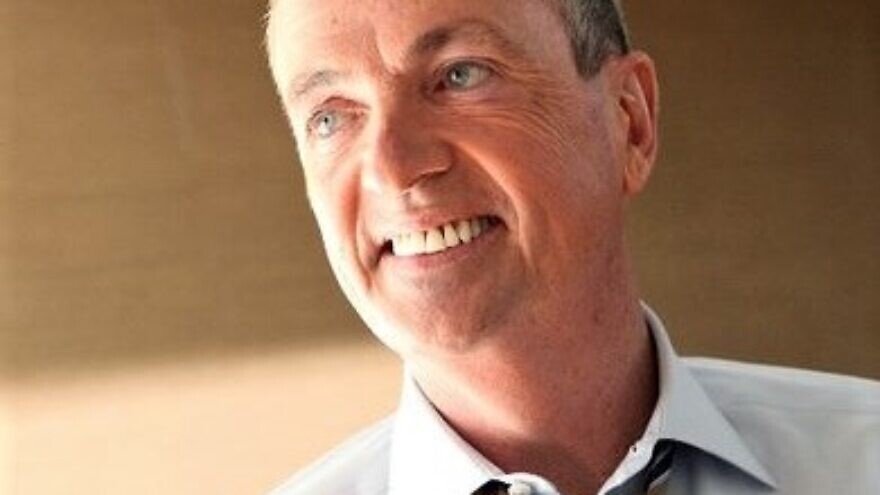 (January 17, 2020 / JNS) New Jersey Gov. Phil Murphy signed two bills on Wednesday designed to address the rise of hate and anti-Semitism in the Garden State. The first increases security funding for nonprofits at high risk for terror attacks while the other reclassifies some hate crimes as domestic terrorism

Murphy signed the bills just two days after the state’s attorney general, Gurbir S. Grewal, released a report showing there were 944 bias incidents reported to law enforcement in 2019, representing at 65 percent increase from 2018. The incidents include the deadly Dec. 10 shooting at a kosher grocery in Jersey City, N.J.

“Our state and our nation are facing a rising tide of anti-Semitism and other forms of hatred,” said Murphy in a press release. “We recently bore witness to how this can manifest itself in violence with the attack on our Jewish community in Jersey City. We must stand together against terrorism and recommit to the elimination of hate in all its forms in order to protect New Jerseyans and our country. This legislation is crucial to making it clear that hatred will not be tolerated in our state.”

Under the new act, a supplemental $1 million allocation will be given to the state’s Office of Homeland Security and Preparedness for the state’s Nonprofit Security Grant Pilot Program, which provides funds for nonprofits most at risk for potential terror attacks.

The New Jersey Office of Agudath Israel of America praised Murphy and the state legislature for expanding grant program.

“Unfortunately, today’s climate has left members of our community feeling vulnerable. Thankfully, our government officials are working with law enforcement to ensure the safety and security of our shuls and yeshivahs,” said Yosef Herz, the associate director of Agudath’s New Jersey office. “Expanding the NSGP is a concrete step in the right direction as it would allow even more shuls, schools and community centers to access the much-needed funds. We thank the governor for swiftly signing the bill, which passed the legislature unanimously, and for his continuous support.”

Also praising the governor’s actions was Joshua Cohen, director of government relations and external affairs for the Jewish Federations of New Jersey.

“We are grateful to our legislative leaders in the Assembly and Senate for championing initiatives which provide the necessary funding and protections our communities need most,” he said. “We thank Gov. Murphy for signing these bills into law, demonstrating that fighting hate is a shared value of all New Jerseyans.”

Indeed, he added, “we have witnessed a disturbing increase in the number of incidents of hate and bigotry in New Jersey.”

In addition to the increase in funding for security grants, Murphy also signed legislation that “expands the crime of terrorism to include persons who commit certain crimes with the purpose to promote an act of terror by influencing or inciting an act of terror against an individual based on their race, religion, sexual orientation, gender or creed.”