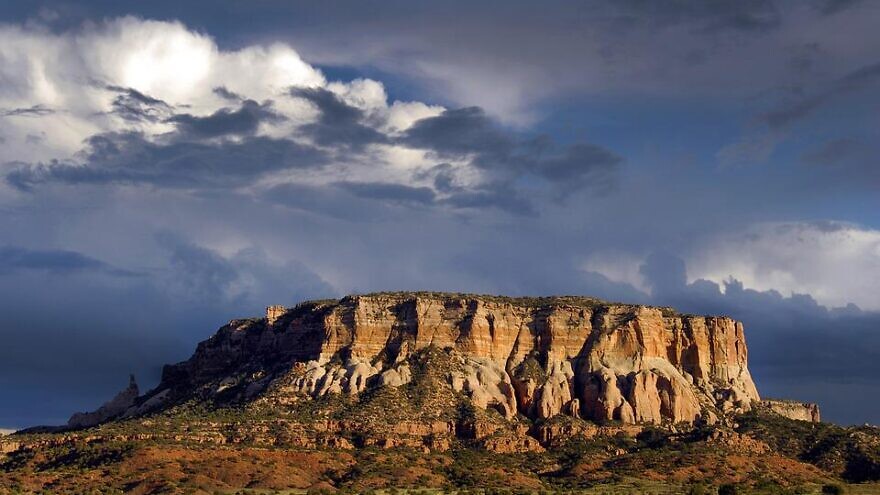 (August 17, 2022 / JNS) The International Holocaust Remembrance Alliance (IHRA) definition of anti-Semitism will now be used by New Mexico as the legal standard for discrimination against Jews.

On Tuesday, New Mexico Gov. Michelle Lujan Grisham signed a first-in-the-nation executive order establishing the definition as the legal standard for determining when unlawful discriminatory conduct is motivated by anti-Semitism.

“All state agencies within the Executive Department of the State of New Mexico shall adopt and use the IHRA’s Working Definition of Antisemitism, including its contemporary examples,” the executive order states. “In reviewing, investigating or deciding whether there has been a violation of any relevant policy, law or regulation prohibiting discriminatory acts, state agencies shall take into consideration the definition for purposes of determining whether the alleged act was motivated by discriminatory anti-Semitic intent.”

New Mexico is the first state to write the IHRA definition into law via executive order. Florida, South Carolina, Iowa, Arizona and Tennessee enacted laws using IHRA as a basis. Twenty-two other states have endorsed the definition for educational purposes.

The IHRA definition, which is the most widely accepted definition of anti-Semitism globally, states in part that while not all criticism of Israel is inherently anti-Semitic, some criticism can cross over into anti-Semitism when delegitimizing, demonizing or applying double standards to Israel.

The definition is used by the U.S. State Department, in addition to hundreds of other federal agencies and public entities.

The Israeli-American Coalition for Action (IAC for Action), a political advocacy organization, applauded Lujan Grisham “for not only recognizing IHRA but for implementing it in order to ensure equal protection from discrimination for Jewish victims. We are grateful to see that Jewish and Israeli-Americans are not left to contend with incidents of anti-Semitic hatred alone,” said IAC for Action board chairman Shawn Evenhaim.

He thanked StandWithUs, an Israel education organization, for its “leading role in resourcing the governor with this effective policy model, which we expect to see utilized by governors and legislatures all around the country.”

Both IAC for Action and StandWithUs were also instrumental in the adoption of the IHRA definition by the Florida, Iowa, South Carolina, Arizona and Tennessee legislatures.