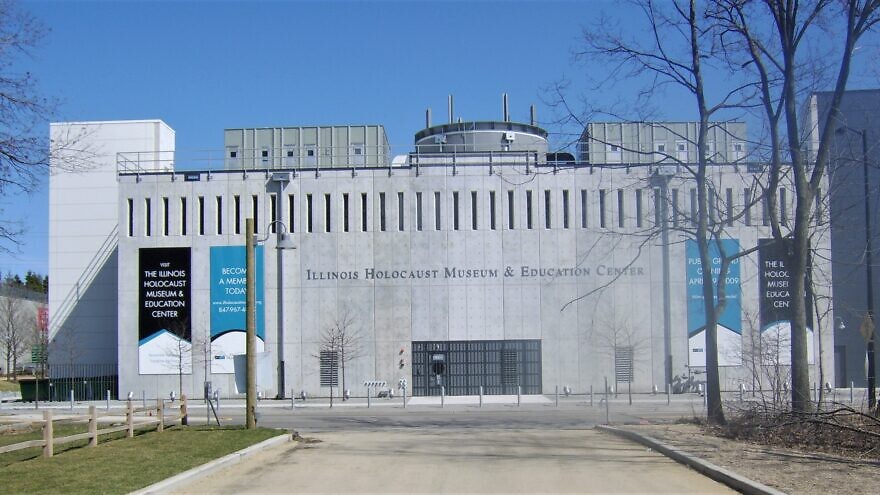 (August 25, 2022 / JNS) The Illinois Holocaust Museum has launched a new virtual exhibition about the history of the Holocaust in the former Soviet Union told through the testimonies of Chicago-area Holocaust survivors and their families.

“The history of the Holocaust in the Soviet Union has largely been ignored and forgotten, and in some cases, purposefully erased,” said Leah Rauch, director of education at the Illinois Holocaust Museum. “But more than 2.5 million of the Holocaust’s victims were Soviet Jews. The time is long overdue to address what happened in the German-occupied Soviet territories in our classrooms and online.”

The website for the online exhibition includes a research page providing access to the museum’s photograph and artifact collection connected to the Holocaust in the former Soviet Union. Objects in the collection include a miniature Hebrew Bible printed in Warsaw in the late 19th century found by a Soviet Jewish officer during the liberation of a concentration camp in Poland in 1945. Another artifact on view is a letter dated June 1944 and written by Chicago-area Holocaust survivor Mikhail Mirkin, a former Jewish Soviet Red Army soldier who was asking about the well-being of his parents in German-occupied Belarus.

The last section of the virtual exhibit focuses on post-Holocaust Soviet Jewry and the challenge of refuseniks, who faced severe treatment and impediments to leaving the Soviet Union, and the activism and international support that resulted in the easing of emigration restrictions starting in 1988.

The exhibit’s website primarily highlights individual stories of Chicago-area Holocaust survivors and rescuers, also including a page that offers activities and educational resources for secondary-school teachers and students.

Among the population of Holocaust survivors living in the Chicago area, 90% are from the former Soviet Union.