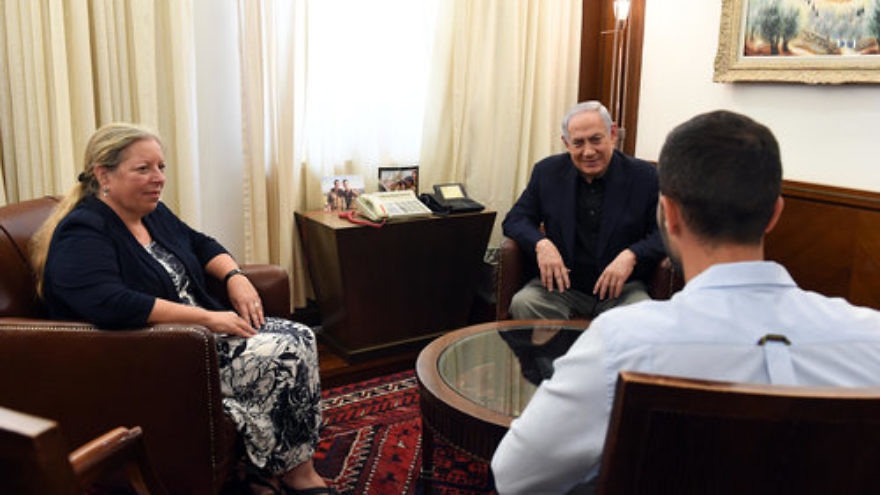 The last two weeks was not a good time to be prime minister of Israel.

A series of unfortunate events led Prime Minister Benjamin Netanyahu to make decisions that wound up being blasted from both the left and the right. Those decisions were, at best, debatable. But the resulting tsunami of disparagement that accused him of simultaneously being intransigent and a weakling may tell us more about the nature of the conflict between Israel and its enemies than it does about his shortcomings. Though he deserves criticism, the most important conclusion to be drawn from the Temple Mount crisis is that, much as Netanyahu has told us for years, his nation’s security dilemma may be managed—but it cannot be solved. In such a situation, the options available to any Israeli leader will always range from bad to worse.

The latest proof of this dismal fact was a series of events set in motion by a July 14 terrorist attack near Jerusalem’s Temple Mount that killed two Israeli policemen. When Israel installed metal detectors to try and prevent another such atrocity, Palestinians and Muslims responded with outrage at what they considered an affront to their faith. Though it requires a staggering amount of cognitive dissonance to construe a security measure as an attack, that is exactly what they did. What followed was more violence, including a Palestinian terrorist’s slaughter of a Jewish family in Halamish, and then an attack on the Israeli embassy in Amman, Jordan.

Up until the attack in Jordan, Netanyahu resisted calls to end the trouble by removing the new security measures. But when an Israeli embassy guard, who had been wounded before shooting his assailant and a bystander, was told he would not be able to leave Jordan without being first put on trial for killing the terrorist, Netanyahu was put in an impossible position. Jordan’s King Abdullah was willing to sacrifice the guard in order to appease his Palestinian Arab subjects. Netanyahu couldn’t let that happen. But the price for the guard’s freedom was the removal of the Temple Mount detectors.

It’s arguable that installing the detectors in the first place was a bad idea. Officials knew the Palestinians would seize on any pretext to claim the status quo on the Temple Mount—which gives the Islamic Waqf control of the site and forbids Jews from praying at the holiest place in Judaism—was being changed. But it’s also arguable that doing nothing would have been equally irresponsible.

Once the detectors were in place, removing them would not only reward the terrorists—it would demonstrate that Palestinian mobs were in charge. That would be a blow to Israeli sovereignty and an undeserved triumph to Palestinian Authority President Mahmoud Abbas, who like his predecessors, has done so much to cynically stoke the fires of religious warfare with lies about the Jews attacking the Al-Aqsa mosque.

Anyone who has followed Netanyahu’s career knew what the answer would be.

Just as he has done in the past when Israelis were held hostage by their foes—such as the kidnapping of Gilad Shalit by Hamas—the prime minister paid the ransom. In this case, his surrender didn’t lead to the freeing of terrorists with blood on their hands. But by agreeing to a deal in which the guard would be allowed to leave Jordan in return for taking down the detectors, Netanyahu ensured future outrages. The prime minister is a student of history and knows that far from ending the trouble, appeasement will only make it more certain that further demands and violence aimed at chasing the Jews out of their holy places will follow. But had he let the Jordanians put the guard on trial, he would have been attacked—with equal justice—for leaving an Israeli behind in the hands of hostile foes.

The Israeli public thinks his decision is a defeat, with the prime minister’s right-wing supporters calling him a weakling and his left-wing opponents damning him for provoking the controversy.

Yet it’s not clear that any of the alternatives Netanyahu could have chosen would have avoided more trouble or ended the problem without damaging Israel’s interests. In other words, he had no good options available to him.

A conflict rooted in religious rhetoric cannot be solved by a territorial compromise or more goodwill. For the foreseeable future, as Netanyahu has asserted, it can be managed but not solved. That means Israel’s leader—no matter what his or her name might be—is fated to make more such unpopular and unsatisfactory decisions. This means that Netanyahu may have been wrong this time. But it’s not likely that anyone else would have done better.

Jonathan S. Tobin is opinion editor of JNS.org and a contributing writer for National Review. Follow him on Twitter at: @jonathans_tobin.