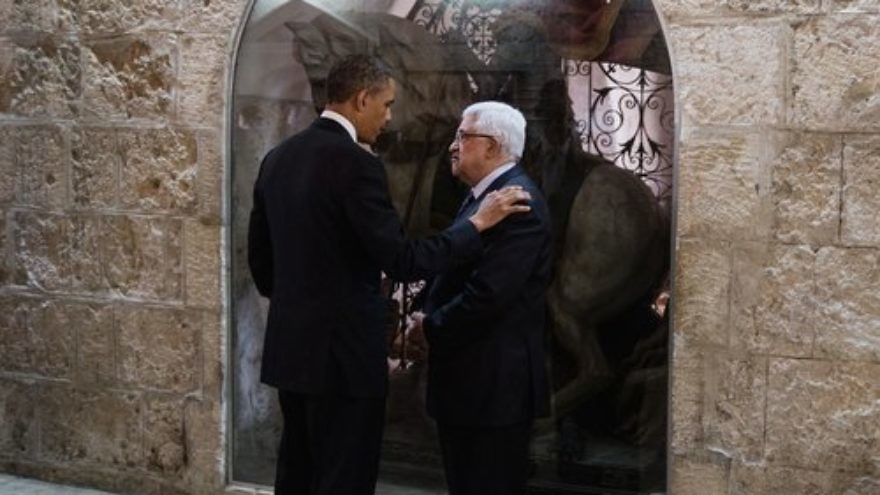 Hours before leaving office, former President Barack Obama defied Republican opposition and quietly released $221 million to the Palestinian Authority (PA). In doing so, he solidified his legacy as having nothing but contempt for the state of Israel and for Middle Eastern Christians who are victims of genocide.

It was not enough that Obama betrayed Israel by allowing the passage of an unprecedented, one-sided United Nations Security Council resolution condemning the Jewish state. Aside from absolving the PA of any responsibility for the Israeli-Palestinian conflict, Obama’s last act in office was to encourage Palestinian terrorism against Israel by actually funding it.

Though PA President Mahmoud Abbas is often hailed as a moderate throughout the Western world, such a characterizationis absurd. Abbas is a shameless Holocaust denier and has a history of actively supporting terrorism against civilians. One major example is his bankrolling of the 1972 Munich massacre, in which Palestinian terrorists, with the help of German neo-Nazis, murdered 11 Israeli athletes and coaches during the Summer Olympics.

PA support for terrorism against Israel continues to this day, with its promotion taking on many forms. Terrorists who murder Jews are honored in Palestinian society and hailed as heroes on television and other media, with Abbas himself often publicly honoring such individuals. This habitual glorification of terrorists is one of the most effective means of promoting terror against Israel. In 2008, a New York Times poll, conducted after the killing of eight Israeli teenagers in a Jewish seminary in Jerusalem, found that 84 percent of Palestinians supported the attack.

The PA not only incites Palestinians to murder Israelis, but also actively finances terrorism. The Washington Free Beacon estimates that the PA spends $140 million, or roughly 10 percent of its annual budget, paying terrorists who attack Israelis and supporting the terrorists’ families. Through this recent release of funds, Obama has endorsed the PA’s continuous incitement to murder Jews while actively funding it.

Obama’s animosity is not limited to the Jewish state. It also extends to Middle Eastern Christians. Under his administration, the State Department forced Iraqi Christian militias to join the Popular Mobilization Force (PMF) in order to qualify for American support in their fight for survival against the Islamic State terror group. The PMF is an Iranian proxy militia that is both anti-American and anti-Israeli. In July 2016, in the Shi’a-majority city of Basra, local police were photographed participating in an “Al-Quds Day” parade and marching over Israeli and American flags. American flags were burned during the parade and Iraqi police were joined by members of the PMF.

This leaves the Christians in Iraq in a precarious situation. Lt. Col. Sargis Sangari, CEO of the Near East Center for Strategic Engagement, says that such a policy forces Christians to fight under the PMF structure in order to receive money and support from the U.S. government.

“By supporting the PMF through Foreign Military Sales and Title 22 monies given to them by the Department of Defense, the Obama administration forced Iraqi Christians to fight and die for elements that hold anti-American and anti-Israel positions,” said Sangari. “This funneling of the Assyrians, Yazidis, Turkmen and others into these anti-American and anti-Israel camps is in itself anti-Western and anti-democratic.”

The Baghdad government was granted $1.2 billion by the U.S. government in training and equipment in December 2014. One senior Obama official told Bloomberg News that the U.S. government was aware that Iraq was sending American weapons and hardware to Iranian-backed militias. This comes as little comfort to Iraqi Christians who would like very much to stand proudly by the U.S. and Israel, but as a matter of survival need to be pawns of the Iranian regime.

Through his final act of betrayal, Obama solidified his legacy as the most anti-Israel U.S. president in history and sent a clear message to Middle Eastern Christians that they could not count on American support under his watch. One can only hope that the damage Obama has done to relations between the U.S. and its allies in the Middle East is not permanent.

Bradley Martin is a fellow with the Haym Salomon Center news and public policy group and deputy editor for the Canadian Institute for Jewish Research.