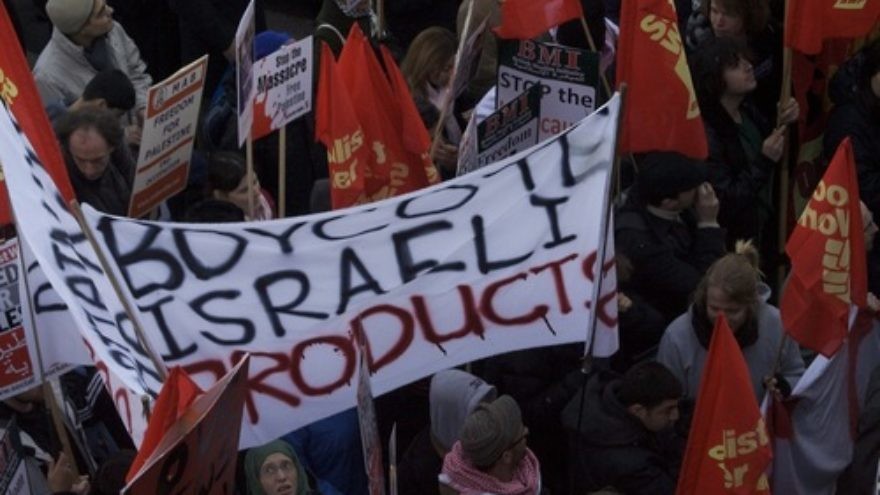 In the 1930s in Germany, many caved to the dangerous political agenda of the time. They wanted power, peace, and prosperity, to reclaim their country from the ravages of World War I. Christians were no different. But in doing so, they embraced the words of Martin Luther. In 1539, in his book “The Jews and Their Lies,” he wrote, “Next to the devil, you have no more bitter, venomous and vehement foe than a real Jew…Even if the Jews were punished in the most gruesome manner so that the streets ran with blood, so that their dead would be counted not in the thousands but in the millions.”

Christians, he said, are urged to “burn down Jewish synagogues and schools and warn people against them; [to] refuse to let Jews own houses among Christians; for Jewish religious writings to be taken away; [for] rabbis be forbidden to preach; [to] offer no protection to Jews on highways.”

In his autobiography, “Mein Kampf,” Adolf Hitler lauded Martin Luther. “To this group (great protagonists) belong not only the great statesmen, but all the great reformers as well. Beside Frederick the Great, we have such men as Martin Luther and Richard Wagner,” he wrote. Whether it be their military prowess, theology, or music, all three men were known for their anti-Semitism. Luther’s book paved the way for Hitler and was used as a strategy for the horror of Kristallnacht, and opened the door for the Shoah. For centuries, those words were utilized by many to persecute the Jewish people.

In 1930, the British newspapers The Guardian and The Observer did not take Hitler seriously. They saw him as a weak man spouting his rhetoric with a loud voice; dramatic and egotistical. Both believed Hitler had Christian ideals that were a perfect fit for German Christians. Some saw him as a “outsider” who was only stirring the pot of those in power. History would prove them wrong.

In 1933, Hitler became chancellor of Germany and soon after, the churches were told to put the swastika alongside the cross. The horrible truth is that most of them did. Soon after, the swastika was all that remained; the cross had been taken down. The German church cared more about its “reputation” than about human lives. The Christians scattered the seeds of Jew-hatred, seeds that were planted and grew in German hearts.

As the Third Reich grew, the German Faith Movement capitulated and embraced Nazi ideology. Hanns Kerrl, the Reich’s minister for church affairs, said, “Adolf Hitler gave us back our faith. He showed us the true meaning of religion. He has come to renew for us the faith of our fathers and to make us new and better beings…Adolf Hitler is the true Holy Ghost.”

It must also be said that there were many unnamed Christians who hid Jews in their homes, sheltered them from the Nazis, and tried to fight the evil. During pogroms, raids, ghettos, and death camps, true Christians risked their lives for their Jewish sisters and brothers. Many of those in the “professing church” also gave their lives for Jews. Yet sadly, there could have been greater numbers of Christians who actively helped stand up for what is right. Needless to say, this is more than a history lesson. The quotes in this article speak for themselves. The question is, what will we do during our slice of history?

Today, we see Christians who make the choice to sit in churches and turn away when they hear the newest forms of anti-Semitism. There are Christians of the “emergent church” who join other “peace and justice” activists and embrace a cause they think is good and right. They are being swayed by the fashionable attitudes of the “progressive left” when the truth is that anti-Semitism is beginning to shake the world again. Never having gone away, it is currently escalating faster than anyone would have ever thought possible.

Anti-Semitism can be found on campuses, in the marketplace, within government agencies, and at the United Nations. It is found in churches where the deceit of replacement theology/supersessionism plays itself out. Hatred of Jews has been taught for generations under the guise of mere doctrinal difference.

Christians must be more engaged in learning not only about the historical oppression of Jews, but about the current overt hatred of Jews through the promotion of lies and misinformation about Israel. Today, the voices of anti-Semitism are once again rising—this time through the anti-Israel boycott movement. The memories of those murdered by the Nazis must be shared among those who do not know, to serve as a warning to those who are as clueless as the ordinary Europeans were in the 1930s.

Whether the State of Israel is surrounded by guns or hostile rhetoric, Christians must make the decision now to take action. Tomorrow will soon become today. One cannot assume that they will suddenly become a voice when the rhetoric turns to violence. It doesn’t happen that way. May we all choose the right side of history and be counted among the righteous.

Carla Brewington, PhD, earned her doctorate at Fuller Theological Seminary in Pasadena, Calif. She is a Christian volunteer speaker for the pro-Israel education organization StandWithUs.