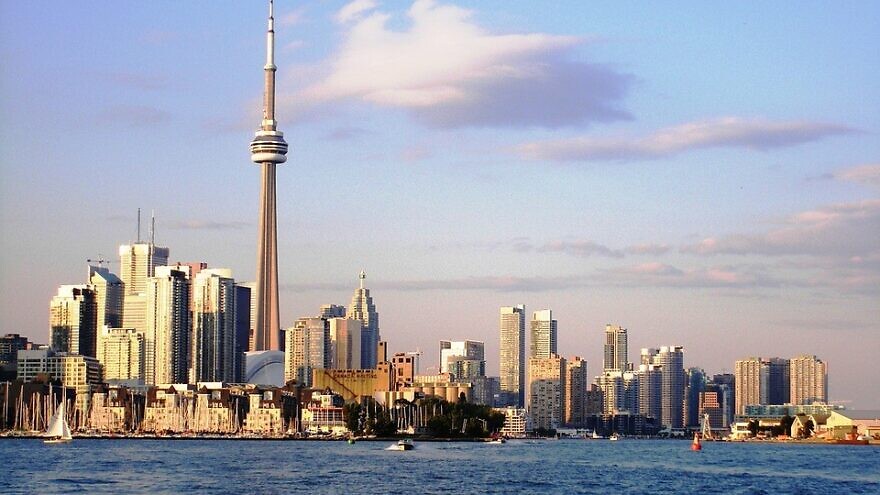 (January 28, 2022 / JNS) The province of Ontario announced this week that will fund additional programs and resources to combat anti-Semitism in its schools.

“Over the past months, we have observed a disturbing increase of hate crimes targeting Jewish students, families and synagogues,” said Stephen Lecce, Minister of Education in Ontario. “We must fulfill our collective responsibility to acknowledge and decisively combat anti-Semitism. To ensure that students learn from history so not to repeat it, we are delivering new resources, training and tools to eliminate this hateful reality from the classroom and hearts of students, staff and communities.”

The government has earmarked $300,000 for this initiative, which was announced on Jan. 27 during International Holocaust Remembrance Day.

About half of the funds will go to the Friends of Simon Wiesenthal Center for Holocaust studies to create bilingual school resources and programs to educate children and parents about anti-Semitism. The remaining monies will go to the Centre for Israel and Jewish Affairs for bilingual programs geared specifically for students in grades five through and eight about the dangers of anti-Semitism and how it manifests itself online.

According to Noah Shack of the Centre for Israel and Jewish Affairs, providing efforts to combat anti-Semitism through education is a “critical antidote to hate in our society.”

“We are experiencing an increase in anti-Semitism in schools across Ontario, often driven by hateful content online. This spreads dangerous stereotypes and misinformation, leading to radicalization, bullying and even violence,” he continued. “This investment will help to provide educators with additional tools to open young minds and inoculate against hate.”

According to B’nai Brith Canada’s 2020 Audit of Antisemitic Incidents, anti-Semitism in that country rose 18.3 percent from the prior year, averaging about seven incidents of Jew-hatred a day. The numbers for 2021 have not yet been released.

“We are extremely grateful to the Government of Ontario and its Ministry of Education for recognizing the importance of educating both children and adults about anti-Semitism and combating it in all its forms, especially at such a critical time when anti-Semitism is on the rise and the Jewish community needs our allies standing with us,” said Michael Levitt, president and CEO of the Friends of Simon Wiesenthal Center. “By supporting the development and delivery of these important resources and programs, the Ontario government is sending a message that Jew-hatred will not be tolerated in this province.”