Always up for a challenge, we saved money, rolled up our sleeves and got to work. Today, our home may not be Versailles, but it’s certainly how we envisioned raising our three beautiful boys.

Often, when I think about the patience, money and effort it took to make our house a home, it reminds me of our aliyah.

Coming from West Hartford, Conn., I knew that the first years in Israel would be a bit of an uphill battle. But the work we put into our home would all go into what is ours and nobody else’s. While living in the Diaspora, Jews often feel compelled to contend with the discord within their former home country and essentially put in the time to fix a mess that was never theirs. Here, despite all the challenges facing Israel, every act of tikkun olam is ultimately done to serve our homeland.

When Jews make aliyah, I believe that despite the challenges, they are laying the groundwork for a home that’s theirs and where we as a nation belong.

One of the many renovations we made to our home was inserting a mamad, a bomb shelter. In our bucolic neighborhood with the highest concentration of English-speakers in the city, many of the one-story dwellings on our street don’t have this basic amenity.

We knew that a move to the south of the country meant that we needed to do whatever was possible to install this fixture. After battling with the municipality and delving into mountains of paperwork, we were finally able to insert a modest mamad in our home. 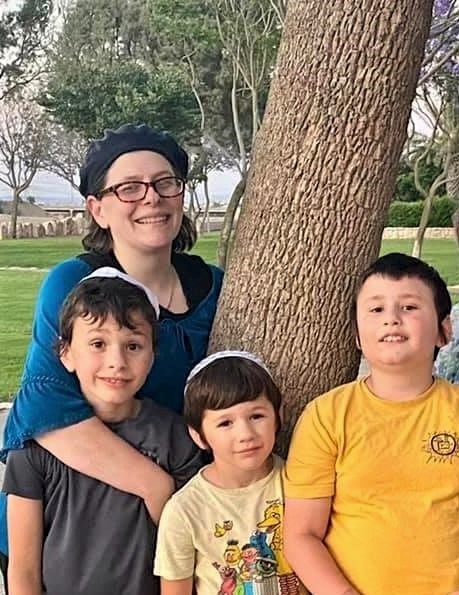 When rockets rained down on Israel last month, I can safely say that it was the best decision we ever made.

Despite the more than 4,000 rockets fired at Israel in mid-May (most of which were targeted at the south), I knew more than a decade ago that Beersheva would be my home. While at Ben-Gurion University for medical school, I focused more on opportunities to practice culturally sensitive medicine in a diverse environment than on the city itself. Gradually, I realized that rapid development had transformed a sleepy desert town into one of the most dynamic places in the country.

Eventually, we returned to the United States so I could pay off my substantial student loans, viewing that stint in America as us acting unofficial emissaries who advocated for the State of Israel with every intention of coming back. And we did.

Still, as I sat in my bomb shelter with my three kids last month, I often fielded questions from concerned friends and relatives back stateside who questioned how such a caring and responsible mother could ever put my children through such an experience.

To them, I say that Israelis are not and will not cower in the face of terrorism.

We love life. So much so that we paint shelters beside parks with vivid colors. As a medical professional, my community treats and cares for all walks of life here—no matter where their political affiliations lie—because we would take life over death any day.

I’m proud that my children are raised with this message that life is beautiful, worth living and worth fighting for. By the same token, I’m straightforward with my kids about the situation and tell them frankly about Israel’s enemies, of which there are many. I also tell them that no Arab is bad or evil simply because of their ethnicity. And that we may feel scared, but above all, we need to be tolerant.

Despite the challenges of last month, we have so much to be thankful for: a tight-knit community that looks out for one another, a strong army with cutting-edge technology and a robust health system that ensures that every Israeli has a right to excellent care.

But, most importantly, as a community, our bond is unbreakable.

We’re currently spearheading a campaign with Eretz Ir, a nonprofit organization aimed at improving the lives of residents of the south, and Jewish National Fund to help raise money so that the rest of our neighborhood will be as fortunate as my family is and have a bomb shelter they have quick and easy access to in the future.

That’s because this will not be the last round with our enemies. Still, at the very least, we need to prepare, fight and work as one.

Dr. Elissa Freedman, a family physician and mother of three, made aliyah in 2016 from West Hartford, Conn. Since 2002, Nefesh B’Nefesh, in cooperation with Israel’s Ministry of Aliyah and Integration, the Jewish Agency for Israel, Keren Kayemet LeIsrael and JNF-USA, has facilitated the aliyah of more than 65,000 North Americans to Israel.