(June 1, 2018 / JNS) May 31 would have been the 102nd birthday of the historian Bernard Lewis. He died in New Jersey on May 19, and was laid to rest on May 24 in the old cemetery on Trumpeldor Street in the heart of Tel Aviv, only a short distance from the seaside apartment he kept for many years. 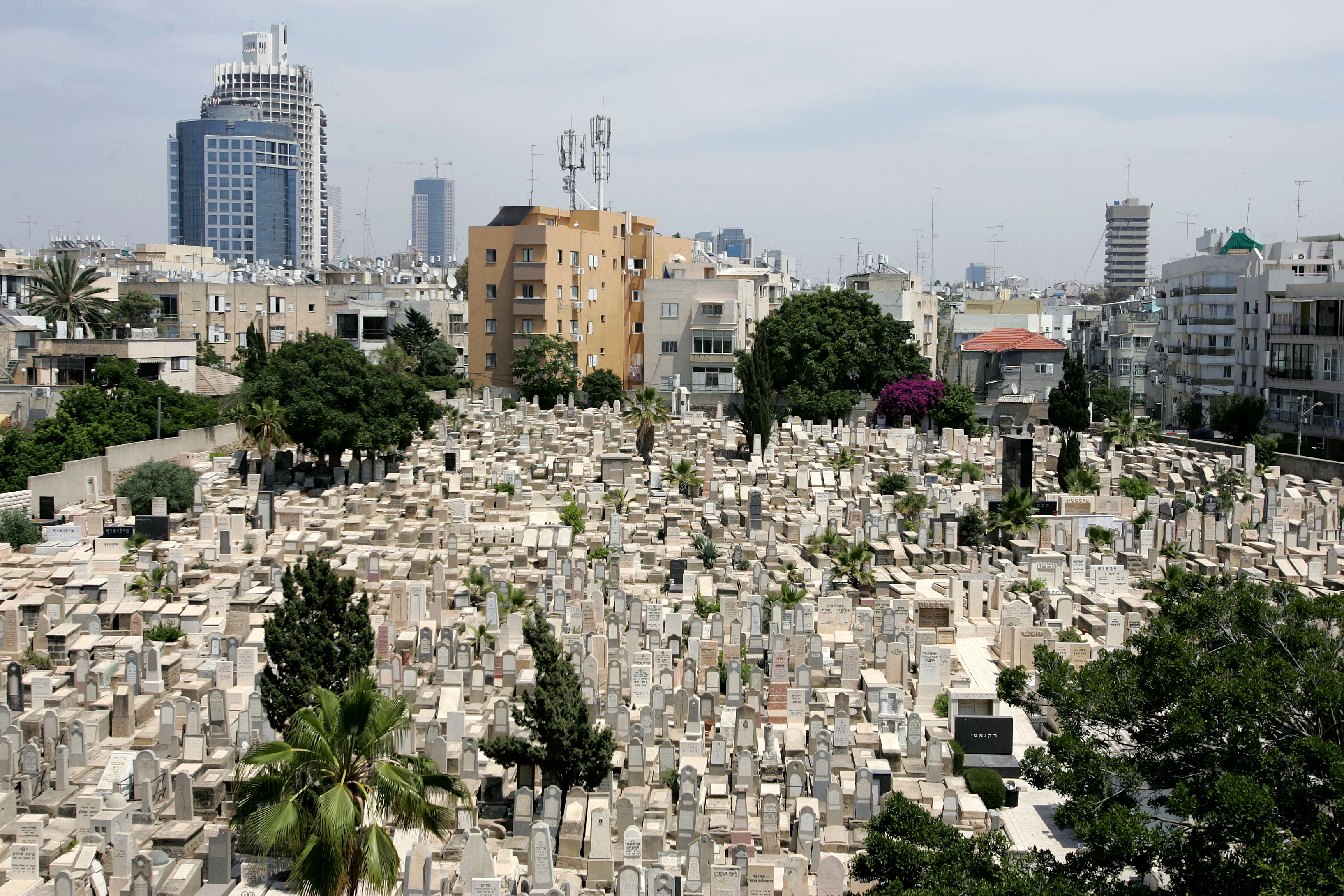 A view of the Trumpeldor cemetery, built in 1902 by one of Tel Aviv’s founders, Shimon Rokach. It’s named after Yosef Trumpeldor, a Jewish Russian war hero who lived in the beginning of the 20th century. Many of the city’s founding fathers, central Zionist and cultural figures are buried here. Credit: Moshe Shai/Flash90.

Trumpeldor cemetery is to Tel Aviv what the Père Lachaise cemetery is to Paris. Here, mostly in the southwestern corner, are the graves of the great lights of Hebrew letters: Ahad Ha’am, Bialik, Tchernichovsky, Brenner. Alongside them are Zionist luminaries: Nordau, Arlosoroff, Sharett, Dizengoff. Here also lie Israel’s two most renowned artists, Rubin and Gutman, as well as the singer Damari and the satirist Kishon. And many more.

The Trumpeldor cemetery filled up long ago. The late poetess Dalia Ravikovitch, in “The Hope of the Poet,” wrote these lines:

The best of all possible worlds,
Is a grave they’ll dig for you,
After lobbying in the mayor’s bureau,
In the cemetery on Trumpeldor Street
At a distance of sixty meters
From Bialik’s grave.

This is exactly where Bernard Lewis was laid to rest a week ago, in the furthest corner, by an old tree. I gave one of the several eulogies, a short one, and it follows below.

One of the things we shall all miss most about Bernard is his storytelling. He was, of course, a historian, but he was also a raconteur of a very high order. As it happens, he used to tell a story, preserved in his memoirs, that connects to this place. It’s about his first love: the Hebrew language.

Bernard famously would say that he became enamored of Hebrew while preparing for his bar mitzvah. When it was over, he insisted on continuing his Hebrew study, and his father obliged by finding him a tutor. Thus did Bernard become a budding Hebraicist. As a teenager, he translated into English “quite an immense quantity” of modern Hebrew poems. “I think there must have been hundreds of them,” including Bialik’s “In the City of Slaughter” and “The Dead of the Desert.” Most went unpublished, but not all, although Bernard often signed them with a pseudonym.

And now, the story. We return to the year 1932, to a Bohemian spa resort. I quote from Bernard’s memoirs:

“During the summer of my 16th year, I went to Karlsbad with my mother, who wanted to take in the waters. One of our fellow guests at the hotel was a lawyer from Tel Aviv. This was a golden opportunity to speak Hebrew, and I jumped at it. We had some conversation, not always easy, but on the whole fairly successful. He asked me if I were reading any Hebrew books, and I mentioned that I was an avid reader of the poems of H.N. Bialik and had, in fact, brought my copy with me.

“‘Oh,’ he said, ‘did you know that Bialik is in Karlsbad now at a hotel not far from here? I know him. Would you like to meet him?’ I was ecstatic at this opportunity to meet the greatest living writer in the Hebrew language. A meeting was arranged and, trembling with excitement, I was brought into the presence of the poet.

“Bialik had no great interest in our conversation, and looking back over the years from the other side of the fence so to speak, I can sympathize with his boredom. But he was gracious and was willing to sign my copy of his book. It remains one of my treasured possessions.”

Bialik died two years later, and he’s lain in this cemetery, right over there, for the last 84 years. I never asked Bernard why he wanted to be buried here, although it’s a wish that goes back a good while. The obvious explanation is that it’s close to his apartment by the sea, where he felt so at peace. But I wonder whether it’s also because it’s near to the resting place of Bialik and the other Hebrew greats, and that here he would be reunited with his first love: Ivrit, “Hebrew.” He mastered many languages. But Hebrew he loved—and from it stemmed the love for his people and this land.

Some of you will recall the New York gala in his honor a few years back. There, Bernard made a reference to a Hebrew mutation that had impressed him.

“There is a common Israeli phrase,” he said, “when offering birthday greetings to the elderly, to say ad meah v’esrim, ‘to a 120.’ Sometimes nowadays, they modify it by changing one Hebrew consonant and saying ad meah k’esrim, ‘to a 100 like 20,’ which I think on the whole is a more attractive proposition. I am approaching that rapidly. I have been in my long life, and remain, very fortunate.”

Bernard came closer than just about anyone to fulfilling the “more attractive proposition.” He was very fortunate—and so were we. He always reserved the best of himself for us.

So let us offer thanks for the good fortune that not only gave him to us, but did so in such abundance.