(July 13, 2021 / JCPA) As this year’s summer-camp season begins, children around the world find themselves playing games, doing arts and crafts, participating in sporting matches and swimming in pools and lakes. For children in the Gaza Strip, however, summer camp looks very different.

Rather than playing soccer or outdoor camping, some 50,000 children in Gaza participate in camps run by armed groups like Hamas and Palestinian Islamic Jihad, which aim to instill radical Islamic values and provide military training. Promotional videos and advertisements entice young children into registering for such camps, culminating in the conscription of children in Hamas’s armed forces.

On June 26, 2021, the Vanguards of Liberation camp was officially launched with a press conference given by camp spokesman Abu Bilal, who designated this year’s camps the “Sword of Jerusalem,” the name given by Hamas to the 11 days of fighting with Israel in May. Emphasizing this point, Bilal stated, “It is a generation that carries this sword to strike the enemy and liberate Jerusalem.”

The sentiment is consistent with the camp’s purpose: to induct Palestinian children into Hamas. It is reminiscent of former PLO chairman Yasser Arafat’s ideology. Arafat often referred to the importance of children to the Palestinian mission, calling them “the generation that will plant the Palestinian flag on the wall of Jerusalem.” 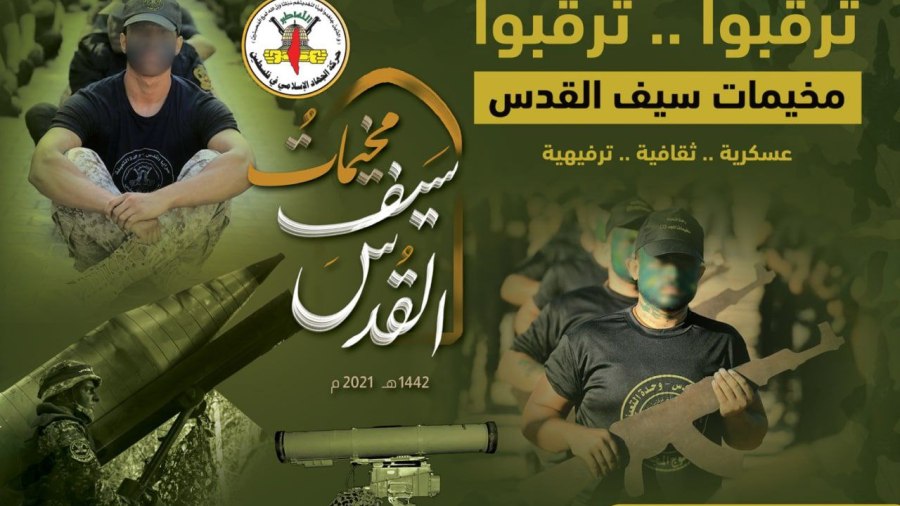 In place of traditional camp T-shirts, participants wear Hamas uniforms, and rather than learning camp songs, they are taught drills to prepare them for armed conflict with Israel. These exercises include methods of kidnapping Israeli soldiers, how to assemble, load and fire weapons, and other physical training. This year, new technology was added for the campers’ stimulation: Participants use computer simulators to practice shooting Israeli soldiers and police officers at the Temple Mount and al-Aqsa Mosque. Other simulations include firing anti-tank missiles at Israeli targets.

A Palestinian youth that attended a Hamas military summer camp shows how he learned to disassemble and assemble a Kalishnikov. #Gaza pic.twitter.com/Y2vb8MO4Ow

The goal of these camps is clear: indoctrinate young, vulnerable children with Hamas’s values to encourage them to join Hamas’s military forces and sacrifice their lives for Hamas’s cause. In an interview with Al-Monitor, Hamas spokesman Hazen Qassem emphasized that the camps are intended to inculcate national values in the youth and enhance principles such as courage, hope, pride and belonging to Jerusalem. Qassem underscored the fact that these camps demonstrate how Hamas is constantly preparing for the battle of liberation. 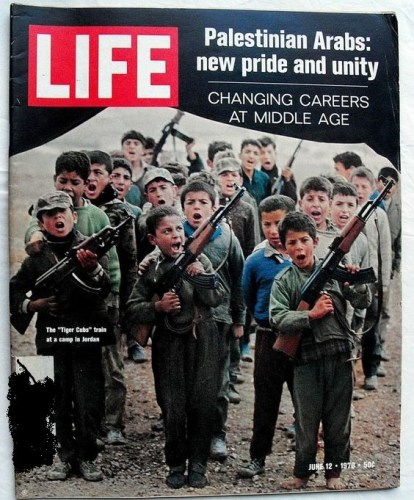 Where have all the children gone? Palestinian camp for children in Jordan, 1970. Source: Life Magazine.

As a result of the recent escalation, the Vanguards of Liberation camps experienced a heavy turnout this season, evidence of the growing influence of Hamas’s rhetoric in the area, especially among children. As Hamas has struggled to compete with the military capabilities of Israel, they recognize the need for military expansion. Thus, they have turned to the most vulnerable population to fulfill this need: children.

To entice them into participating in these camps, Hamas masks military training as a “summer camp experience,” though these children will experience something far from a traditional camp experience. The intent to recruit young children into Hamas and encourage them to martyr themselves is evidenced by personal testimonies of camp participants, such as Mohammed, 14. He told Al-Monitor that he joined the camp to “defend my land against Israeli attacks and subsequently to join the ranks of al-Qassam Brigades [Hamas’s armed wing].” 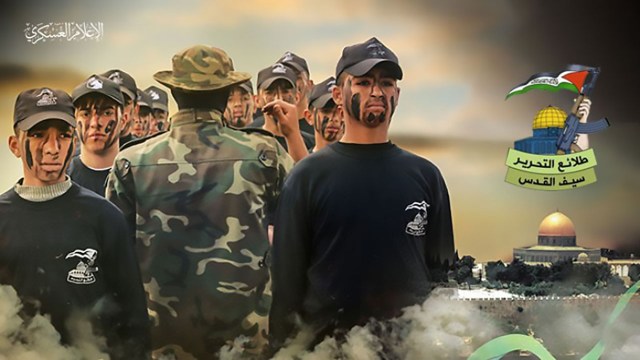 The financial consequences of the May war for Hamas have not gotten in the way of the opening and operation of these camps. All of the trainers at the camps are Hamas volunteers, and the exercises take place at the military bases of the al-Qassam Brigades.

Hamas’s indoctrination of children is cruel and inhumane, stripping them of their childhood and naïveté. Moreover, it violates international humanitarian law.

The 2007 Paris “Principles and Guidelines on Children Associated with Armed Forces or Armed Groups” define a “child soldier” as any person below the age of 18 who has been recruited or used by an armed group in any capacity, not just a child who has taken direct action in hostilities. By this internationally accepted definition, Palestinian children in Hamas’s summer camps and those brainwashed by armed groups through other media, all fit into the category of “child soldiers.” Both the use of child soldiers and the indoctrination of youth by Hamas violate international human rights laws, including the following:

The Rome Statute of the International Criminal Court stipulates:

• Article 8(b)(xxvi) considers the conscription or enlisting of children into the armed forces a war crime.

The 1989 United Nations Convention on the Rights of the Child includes:

• Articles 28 and 29, which refer to the right of the child to an education.

• Article 36, which protects the child against all forms of exploitation.

• Article 38(2), which prohibits children under the age of 15 from directly engaging in hostilities.

The 2000 Optional Protocol on the Involvement of Children in Armed Conflict “exists to strive for the promotion and protection of the rights of the child.”

• Article 1 prohibits the conscription of children under 18 into the armed forces.

Various international campaigns, such as UNICEF’s “Children, Not Soldiers” and the Coalition to Save Palestinian Child Soldiers, were created to campaign against the use of child soldiers in conflict. 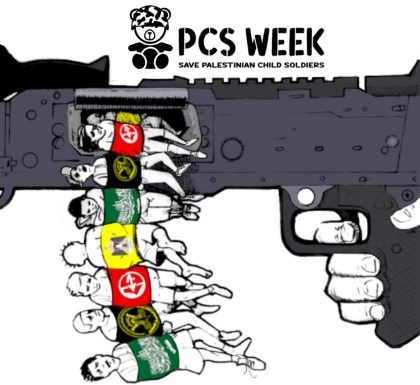 Child soldiers are not only the perpetrators of acts of terror against the State of Israel but are victims of serious human-rights violations committed by Hamas.

Amelia Navins is a student at the Ford School of Public Policy at the University of Michigan-Ann Arbor.