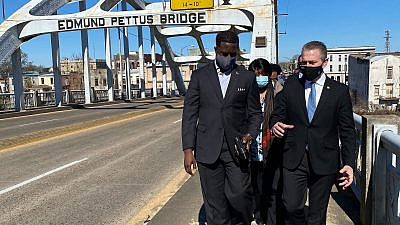 news
In first US tour, Israel’s envoy embarks on ‘personal journey’ along civil-rights trail
Larry BrookSouthern Jewish Life
Gilad Erdan said Jewish and African-American communities have a lot in common as people who hold “the words of the Bible close to [their] heart, and have experienced extreme persecution and prejudice over may centuries, but remained resilient and hopeful.” 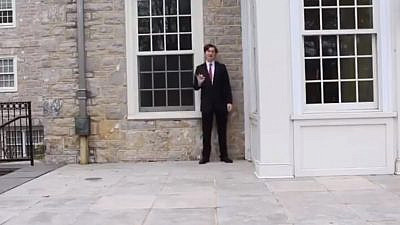 news
Student at Dickinson College under investigation after video surfaces glorifying the Holocaust
Faygie HoltJNS
With a cameraman heard laughing in the background, the student said “96 percent of Germans said that it made their lives much more positive … the other 4 percent said it only moderately improved their lives ... it protected the German minorities; you know, they were being oppressed by the Jews out in Poland … it redistributed wealth ... .” 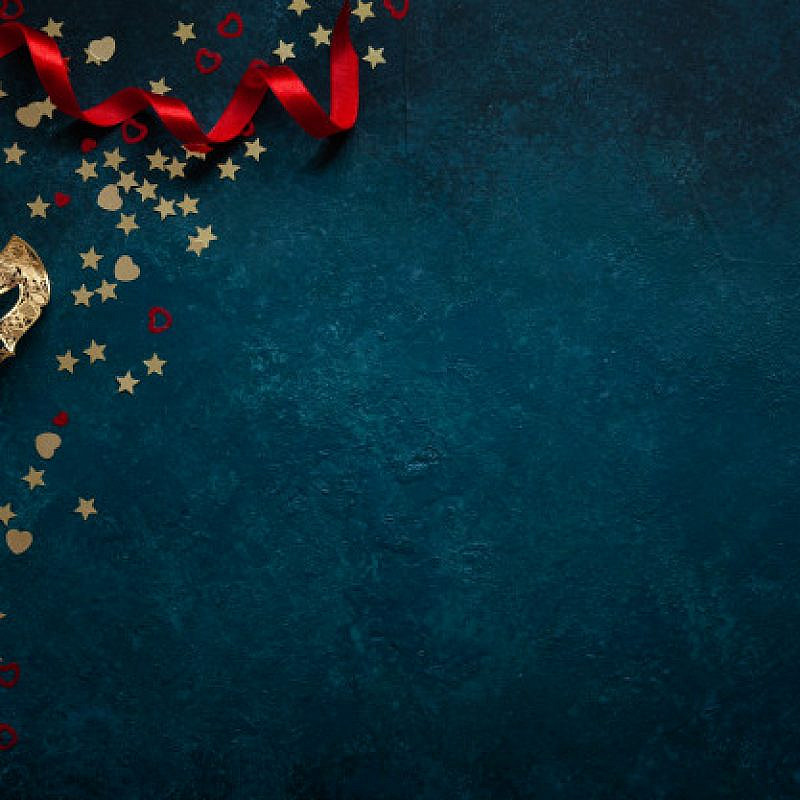 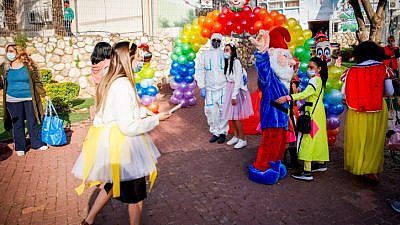 brief
Cabinet approves Purim curfew to head off COVID-19 outbreak
JNS
The nighttime closures will be in effect from Thursday evening to Sunday morning; Purim gatherings during the daytime restricted.
briefUnited Hatzalah to suspend volunteers who decline vaccination
Israel Hayom
“God forbid, I don’t want any of our volunteers [getting sick or] passing the virus on to a patient,” says United Hatzalah founder and president Eli Beer, who himself recovered from a serious case of COVID-19. 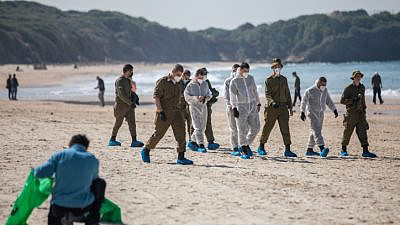 brief
Israeli government allocates $13.8 million to oil-spill cleanup
JNS
The Greek-flagged oil tanker “Minerva Helen” is reportedly a suspect in what has been described as one of Israel’s worst-ever environmental disasters.
briefToxic tar spill ‘one of the worst ecological disasters in Israel’s history’
Tons of poisonous black tar wash up along Israel’s entire Mediterranean coastline • Israeli environmental minister says cleanup may take years, vows to find those responsible.
briefIsraeli court puts gag order on oil-spill investigation
Citing the incident’s international dimensions, Israel’s Environmental Protection Agency, which requested the ban, told the court that publicizing details at this stage could jeopardize the investigation. 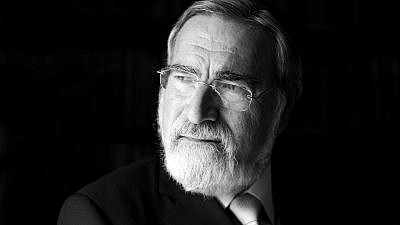 brief
Genesis Prize Foundation to honor life and legacy of Rabbi Lord Jonathan Sacks
JNS
The chief rabbi of the United Kingdom gained international renown as a teacher of Jewish values and a proponent of inter-religious dialogue. 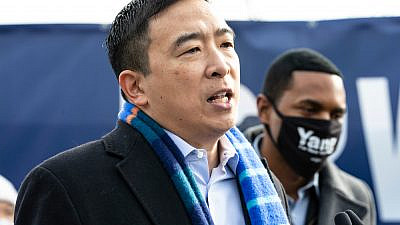 brief
Pro-Palestinian activist accosts mayoral candidate Yang for anti-BDS stance
JNS
Andrew Yang, now a candidate for New York City’s top job, has said that “a Yang administration will push back against the BDS movement, which singles out Israel for unfair economic punishment.”

brief
Bennett nixes joining coalition led by Netanyahu or Lapid
Yehuda Shlezinger and Yair AltmanIsrael Hayom
“My goal is to replace Netanyahu and maintain the national camp’s power,” says Yamina Party leader Naftali Bennett, who has emerged as a “kingmaker” in the upcoming post-Knesset-election political battle. 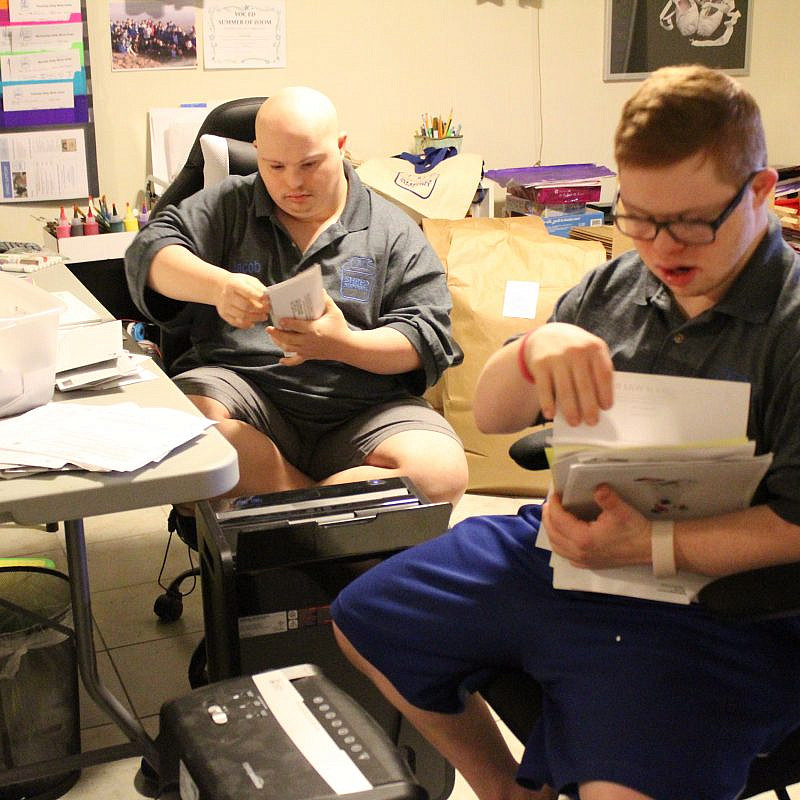 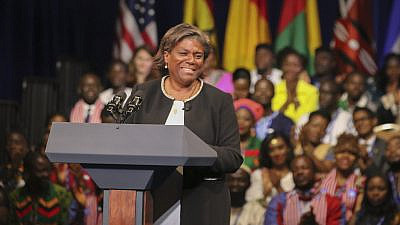 brief
Senate confirms Linda Thomas-Greenfield as next US ambassador to UN
JNS
“I am excited to work by your side to tackle global challenges such as climate change and racism, widen the circle of peace in the Middle East, as well as deepening the U.S.-Israel relationship at the United Nations,” said Israeli Ambassador to the United Nations Gilad Erdan. 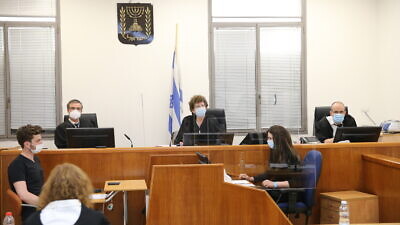 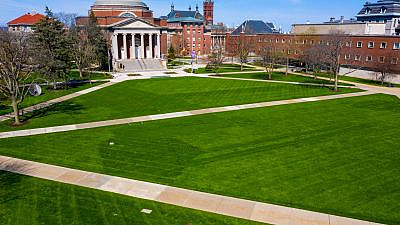 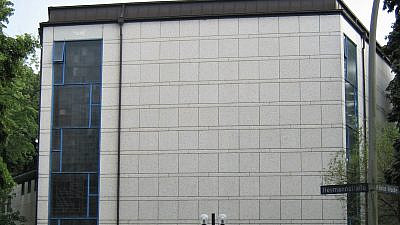 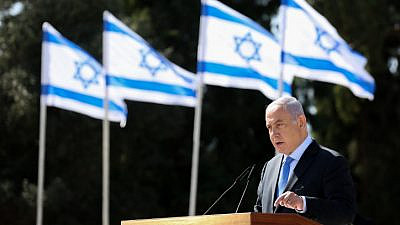 brief
At Zionist hero’s memorial, Netanyahu invokes Purim to threaten Iran
JNS
Israeli Prime Minister Benjamin Netanyahu emphasized that “2,500 years ago, another Persian villain tried to destroy the Jewish people, and just as he failed then, so, too, will you fail today.”

Featured Column
Jonathan S. TobinJNS
A gag about Israel and vaccines is more than a bad joke 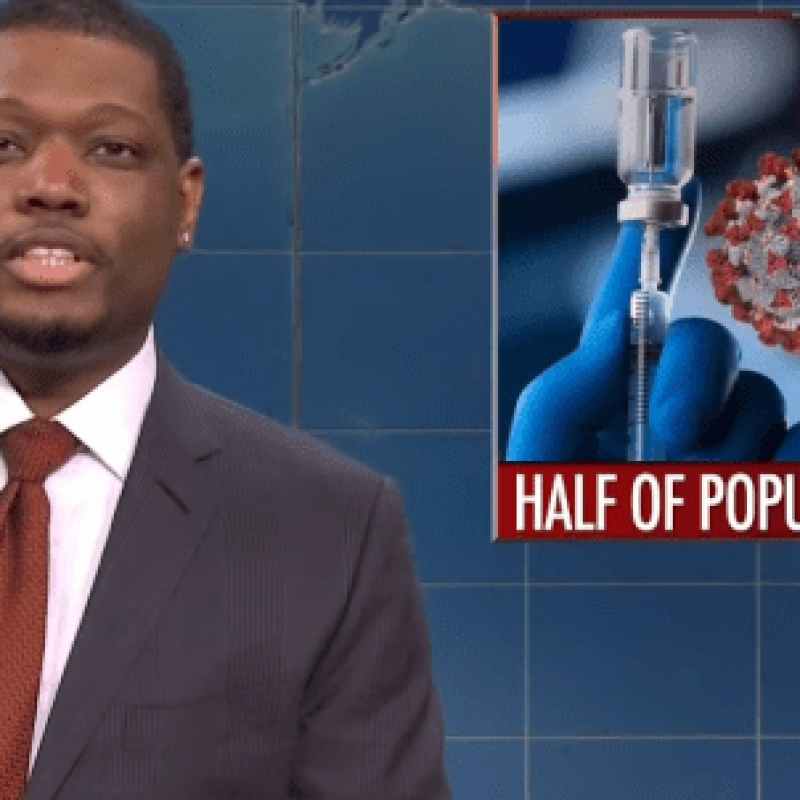 briefJewish groups outraged by late-night TV ‘joke’ about Israel only vaccinating Jews
Israel Hayom
“The ‘Saturday Night Live’ libel has already been used to promote anti-Semitic words and deeds. ‘SNL’ and NBC should apologize and disown this dangerous and misleading assertion,” states StandWithUs.
ColumnThe dangerous anti-Semitism of ‘SNL’ and its media cronies
Laureen Lipsky
Jews have always been able to take a collective joke well, even if it falls within the news framework. However, there is a fine line between comedy and untruths. 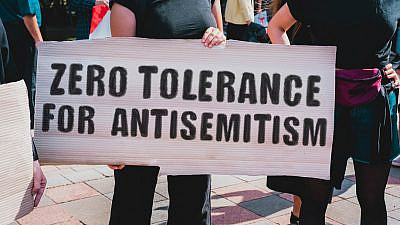 brief
AJC, National Association of Attorneys General to hold training session on anti-Semitism
JNS
Participants will learn about anti-Semitic conspiracy theories, tropes and symbols, and the range of anti-Semitism stemming from religious extremists. 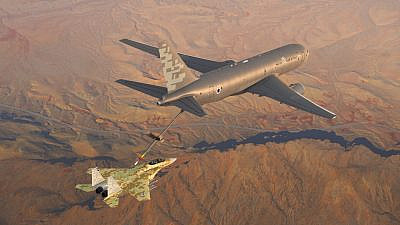 brief
IDF approves procurement of two KC-46 Pegasus tanker jets
JNS
The planes, the first of a planned fleet of eight, are part of a $9 billion procurement drive that will include a third F-35 squadron, advanced munitions and more.
briefIsrael, Germany ink deal to equip Leopard 2 tanks with Israeli protection systems
The deal includes the provision of Trophy active protection systems for a company of tanks, interceptors, spare parts and training.
feature
How does Israel negotiate prisoner exchanges?
Assaf GolanIsrael Hayom 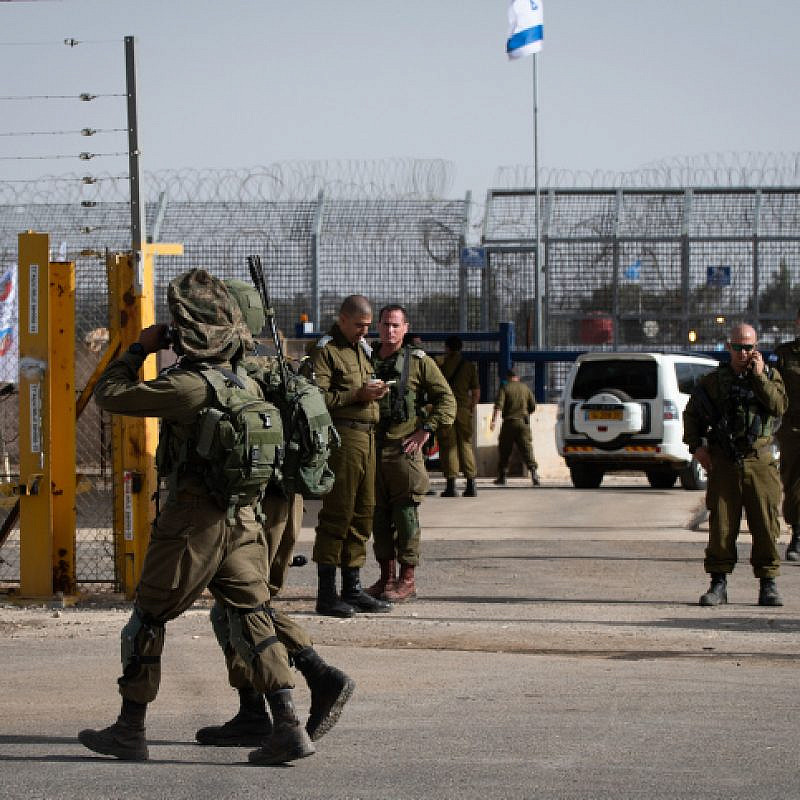 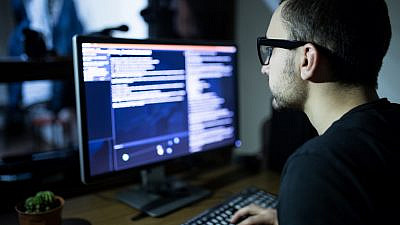 news
Hundreds of foreign cyber-attack units are targeting US and Israel, says former IDF intel officer
Yaakov LappinJNS
Israeli cyber-security expert Menny Barzilay warns that for the first time in history, crime is being led by the smartest people in the world: “Prevention is not enough; we have to be able to detect attacks that we did not stop and respond effectively.” 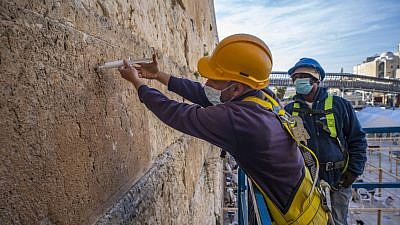 brief
Western Wall stones get ‘injection’ before Passover
JNS
Each of the 2,000-year-old stones has an “identity card” allowing conservators to track their individual condition. 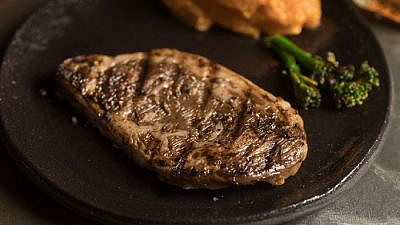 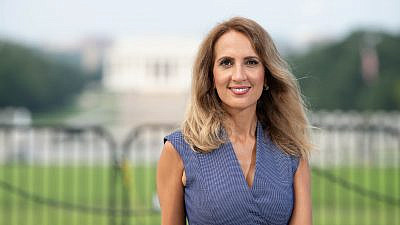 news
Ex-anti-Semitism envoy: Any deal must hold Iran accountable for ‘heinous’ human-rights violations
Shiryn GhermezianJNS
In addition to its 80-million-plus residents are a small number of Jews who live in fear of “government reprisals if they draw attention to the mistreatment of their community,” says Ellie Cohanim, former U.S. deputy special envoy to monitor and combat anti-Semitism.
briefZarif: Iran expects compensation for $1 trillion damage from US sanctions
Neta Bar Israel Hayom
Compensation could take the form of reparations, investment or “measures to prevent a repeat of what Trump did,” says Iranian Foreign Minister Mohammad Javad Zarif. 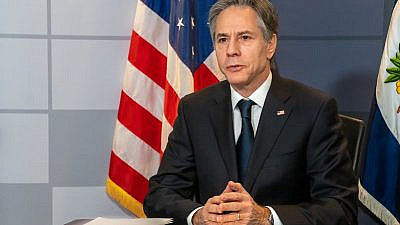 brief
Blinken stresses importance of two-state solution in call with Israeli counterpart
JNS
The Biden administration has promised to improve relations with the Palestinians, including restoring American aid that was cut off by the Trump administration. 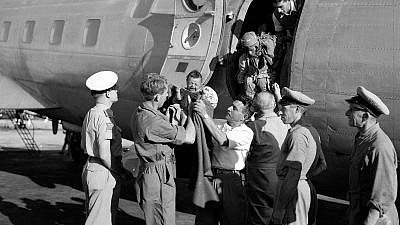 brief
Israeli Cabinet approves proposal to recognize, compensate for Yemenite ‘children affair’
JNS
“This is among the most painful affairs in the history of the State of Israel,” says Prime Minister Benjamin Netanyahu. 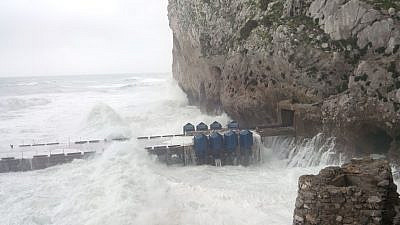 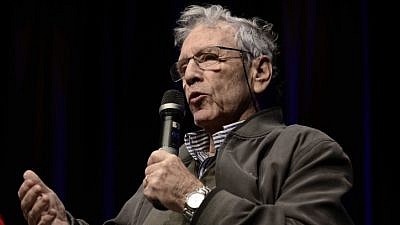 brief
In memoir, Amos Oz’s daughter alleges lifetime of abuse by ‘sadistic’ father
Israel Hayom
In “Something Disguised as Love,” Israeli author Galia Oz claims that the literary icon “serially abused” her until his death in 2018. 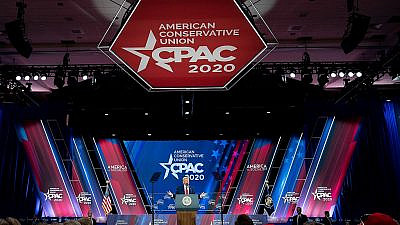 Last week was going to be U.S. President Joe Biden’s grand entrance onto the global stage, meeting virtually with his fellow world leaders on Feb. 19 at his first G7 summit, and then addressing the widely respected Munich Security Conference. He would use these events as an opportunity to signal America’s re-ascension to a position of international leadership, committing the United States to rejoining the Paris climate agreement and recommitting to the Iran nuclear pact.

No one was watching more closely than Europe’s leaders, who had struggled through the last four years attempting to improvise a radically different set of relationships with Biden’s predecessor.

But then Iran’s leaders splashed a cold bucket of reality onto the choreographed proceedings. First, an Iranian-backed militia launched two dozen rockets at a U.S. military base in Iraq, wounding an American soldier and killing a non-U.S. contractor. Then, hours before the G7 meeting began, Iran refused an invitation to participate in a new round of multilateral discussions about the nuclear deal—just after Biden had announced his willingness to join those talks. Both were well-timed maneuvers designed to embarrass Biden and to underscore the difficulties that the American president would face in attempting to piece the agreement back together.

But neither Biden nor his advisers appeared bothered by Iran’s intransigence. U.S. Secretary of State Tony Blinken took the opportunity to reiterate that the pact must also address Iran’s ballistic weapons and its sponsorship of terrorist activity, though cautioned against assigning blame for the attack until more evidence of responsibility had been assembled. Blinken’s reluctance to hold Iran accountable suggests that the White House simply wanted to get through Biden’s debut in the international arena without seeing his message of multilateralism and peacemaking undermined by an argument with Iran. But his reference to the importance of non-nuclear components of the next deal seemed to signal that Biden is willing to let the agreement collapse unless the Iranians are willing to make significant concessions.

These seem like contradictory messages. Is the United States so eager to rejoin a nuclear agreement with Iran that it will ignore a terrorist attack on a U.S. military base? Or does Biden’s team want a stronger deal enough that they’d risk letting the Iranians walk away?

These mixed messages make more sense if you believe that Biden is more interested in appearing to negotiate with Iran than in actually moving forward in any tangible way. And the pretense of progress is a logical strategy only if you also believe that Biden’s primary audience is in Europe, not the Middle East, and that his most important foreign-policy goals have nothing to do with Iran at all.

Beyond his “America is back” slogan, Biden’s most emphatic message at the G-7 and the Munich Conference was about the threats that China and Russia present to the world order. While the Europeans were relieved to welcome back a more traditional American partner, they were notably cooler in response to Biden’s call to unite against the menace that he argued is posed by these two countries.

The European Union has just signed a sweeping trade agreement with China. Germany is leading an effort to complete a transcontinental export gas pipeline with Russia. And French President Emmanuel Macron, poised to become Europe’s most influential leader when German Chancellor Angela Merkel steps down later this year, used his speaking slot at the Munich Conference to repeat his concept of a “European strategic autonomy” that reflects a less closely coordinated relationship with the United States on defense and other matters.

Biden needs Europe to successfully confront China and Russia. But Europe is much warier about America’s reliability after four years of dealing with former President Donald Trump. So Biden is pulling out all the tools at his disposal to rebuild a battered trans-Atlantic relationship. He can talk a good game on climate change and trade, but he is limited by domestic political challenges on both issues. Pledging to fix a broken Iran nuclear agreement may be his best way of reassuring nervous European leaders that he can be trusted.

But Biden’s words and actions since taking office suggest that the Middle East will be much less of a priority for him than his predecessors. So if talking a good game on Iran is what will be required to marshal support from Europe on his more important goals—standing up to China and pushing back on Russia—then such lip service regarding Iran seems like a reasonable price to pay.