(August 15, 2021 / JNS) Lebanon’s Maronite Patriarch, Bechara Boutros al-Rahi,  who previously described Israel as an obstacle to peace and development in the region, is now speaking openly about the real danger to humanity in the region: Hezbollah.

The patriarch’s about-face is a miracle, a real miracle. He has gone out on a limb.

As Lebanon’s most senior Christian leader, Patriarch al-Rahi bravely called this month for the Lebanese Army to take control of Hezbollah-dominated southern Lebanon to stop the launching of missiles into Israel, “not for the sake of Israel’s safety, but rather for the safety of Lebanon.”

Al-Rahi also declared he could not “accept, by virtue of equality before the law, that a party decides [matters of] peace and war outside the decision of legality and the national decision entrusted to two-thirds of the members of the government.” He also said that “we do not want to involve Lebanon in military operations that provoke devastating Israeli reactions.”

The patriarch made these comments, documented in The Jerusalem Post, after Hezbollah launched rockets into Israel from southern Lebanon earlier this month. 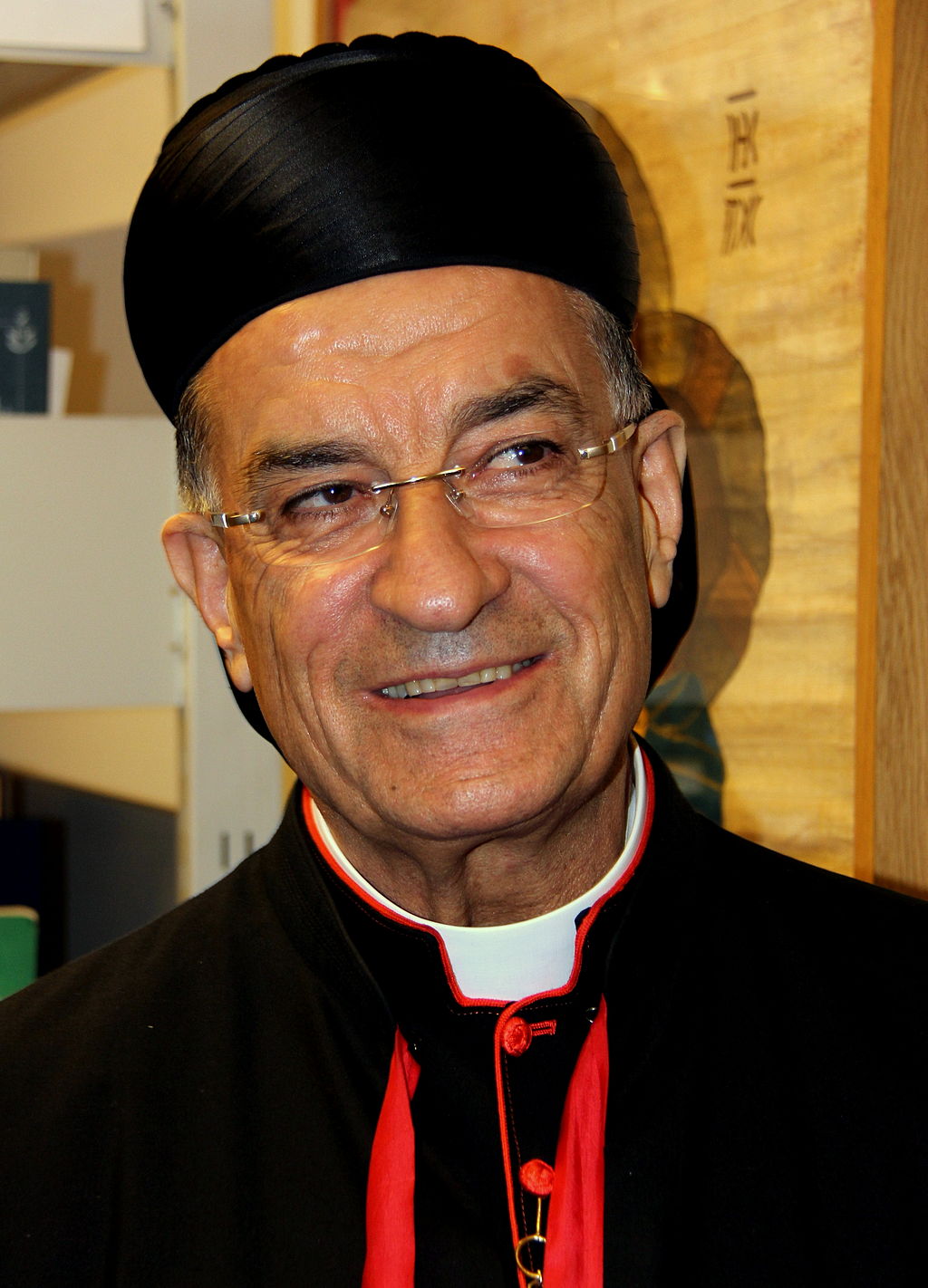 What makes the Patriarch’s condemnation of Hezbollah so astounding is that according to numerous sources, the patriarch had, in 2014, declared he would make common cause with Iran and Hezbollah in their fight against Islamic State. That same year, The Daily Star reported that the patriarch characterized Israel in conspiratorial terms: “The goal is to divide the Middle East and create sectarian states so that Israel can live in peace and give itself the justification to be a Jewish state,” he claimed.

These days, Patriarch al-Rahi is telling a different story, for obvious reasons. Massive government corruption leading to a bank collapse, rampant inflation and shortages of food, fuel and medicine are turning the Iran-dominated country into a living hell for its citizens. And this time, Israel can’t be blamed. This crisis has clearly been authored by Hezbollah, which has relentlessly sought to maintain its position as a state-within-a-state, and which is, in the words of Samir Nassif, “often stronger than the Lebanese government itself.”

Writing in 2018, Nassif described the stranglehold Hezbollah had on the country:

“Hezbollah has built its own telecommunications networks, controls Beirut’s port and airport, and runs the country’s justice system. Trafficking in both humans and goods (including narcotics) gives the organization substantial financial resources. Finally, in Hezbollah run-schools, a distorted version of Lebanese history is taught, and Lebanon’s independence day [Nov. 22] has been shifted to Liberation Day [May 25], the anniversary of Israel’s withdrawal from South Lebanon.

“Lebanon is the only country in the world that has two armies and two governments in peacetime, with the shadow government exercising more power than the official one. This situation is probably the most serious of Lebanon’s problems and the source of many of its other troubles.”
As a result of Hezbollah’s tyranny, Nassif reports, Transparency International declared Lebanon among the 35 most corrupt countries in the world.

All this helps explain why Patriarch al-Rahi has condemned Hezbollah for risking a war with the Jewish state without the permission of the Lebanese government. His country is falling apart and it’s clearly Hezbollah’s fault.

According to the Post, the Patriarch’s about-face did not go over well with Hezbollah’s supporters in Lebanon, who took to the internet to call him a “patron of surrender.” Polemics like this coming from Hezbollah are not a good thing. Hezbollah has murdered a number of its critics over the years.

That is perhaps why the patriarch’s change of heart took some time. One precipitating factor behind his change was the 2020 blast in Beirut Port, in which more than 200 people died as a result of a poorly stored supply of ammonium nitrate. Soon after, the patriarch condemned illegal weapons caches in the country.

To its credit, the nonprofit group, In Defense of Christians (IDC), amplified the patriarch’s message in a webinar titled “Standing With the Maronite Patriarch to Protect the Lebanese People from Conflict.” The webinar, which took place on Aug. 12, opened with a brief explanation from the IDC as to why it was necessary.

Stephen Howard, IDC’s advocacy director, stated that in response to the patriarch’s condemnation of the rocket attacks, “Hezbollah and its supporters responded with threats to the patriarch’s life, including public effigies of the patriarch with a noose around his neck and innuendos of imminent violence. As In Defense of Christians, we are convening this webinar to stand in solidarity with the patriarch and to highlight his calls for proactive action to prevent conflict in the Middle East that would result in the tragic loss of Israeli and Lebanese lives.”

Don’t expect many other Christian leaders and intellectuals to follow Patriarch al-Rahi’s lead, at least not right away. In a recent interview with the World Council of Churches, Michael Abs, general secretary of the Middle East Council of Churches—the premier professional organization of Christian patriarchs who rail at Israel but remain servile to jihadists—lamented the terrible circumstances faced by the Lebanese people and even mentioned the Hezbollah-caused blast in the Port of Beirut without saying one word about Hezbollah’s role in corrupting the country.

During his interview, Abs talked about the country being pilfered by its ruling class, the corruption of Lebanon’s civil servants, and eventually Lebanon’s central bank and the impact it has had on people’s standard of living. Abs declared there are no dollars in the country to allow the import of baby milk, medicine, spare parts for cars, refrigerators or air conditioners.

Will other Christian organizations, such as Churches for Middle East Peace, Catholic Near East Welfare Organization and World Vision, that have spent so much time portraying Israel as an obstacle to peace and development in the region, come around and start speaking the truth about Hezbollah? Probably not.

Search their websites, and you’ll see very little criticism of Hezbollah and a lot of polemics against Israel. The word “Hezbollah” didn’t even show up on CMEP’s website according to a search conducted on Aug. 12.

Should war between Hezbollah and Israel break out as a result of the terror organization’s rocket attacks, you can bet these very same organizations will step forward and figure out a way to condemn Israel for bloodshed in the Middle East.

Unless, of course, they follow Patriarch al-Rahi’s example and start telling the truth.

Dexter Van Zile is a researcher at the Committee for Accuracy in Middle East Reporting and Analysis (CAMERA).

This article was first published by CAMERA.