She was born to a Jewish family in Moscow on Aug. 18, 1921. Her father, Vladimir Leontievich Litvyak, worked as a railway man. In 1937, during the Great Purge in Russia, he was arrested as an “enemy of the people” and disappeared. He was likely shot.

Lydia was known as “Lily” in her unit, the 73rd Guard Fighter Regiment. She got the handle “White Lily” from the Yak fighter plane she flew in her training regiment, which had a white lily painted on its side. “White Lily” (белая лилия) became her call sign in combat.

Lydia started flying at the age of 14, having joined a flying club. By the time Hitler launched “Operation Barbarossa”—the invasion of the Soviet Union by Nazi Germany and its Axis allies on June 22, 1941—Lydia had already trained 15 pilots. At first, she was part of the all-female 586th Fighter Aviation Regiment of the Soviet Air Defense Force. Not long after, however, she was moved to what became the 73rd Guard Fighter Regiment, which was a regular (mixed) unit. She would reach the rank of junior lieutenant during the war.

Her plane, a Yak 1B, was a workhorse single-engine fighter aircraft made of fabric and wood. The USSR manufactured 43,000 of this type starting in 1940. 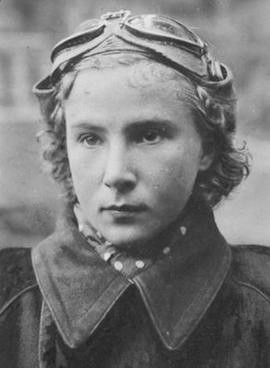 In her brief career, Lydia was a menace to Nazi pilots, taking on Nazi fighter aircraft and bombers. She alone shot down 11 Nazi planes and is credited with three more kills shared with other pilots. In Russia, she is known as the “White Lily of Stalingrad” because she played a major role in the Battle of Stalingrad that began in 1942. Her war partner was Yekatrina Budanova, the other Russian woman considered a flying ace. Budanova is credited with five solo kills and six shared. Budanova was shot down and died on July 19, 1943; the same happened to Lydia 12 days later.

Senior Sgt. Faina (“Inna”) Vladimirovna Pleshchivtseva (married name: Pasportnikova) was Lydia’s aircraft mechanic in the 73rd Guard Regiment and was in Moscow the day Lily’s aircraft disappeared. Pasportnikova would work as an aviation engineer on Russian experimental aircraft until she retired in 1976. She wrote in 1992: “I was long tormented by the question of how to prove that Lily was killed heroically and did not turn out to be in captivity. There was only one possibility: to find her remains. And I vowed that I would do this while I lived.”

This was crucial. In Stalin’s Russia, in the aftermath of World War II, if you were captured and held as a prisoner of war—whether you survived or died in captivity—you were considered a traitor by the Soviet government. Nothing less than Lydia’s reputation and her place in Russian history were on the line. 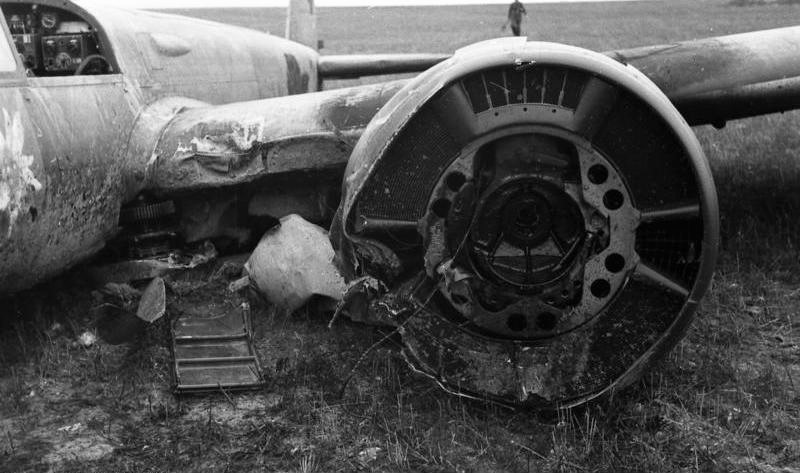 Pasportnikova embarked on a 36-year search for the crash site assisted by the public and the media. “For three years, she was joined by relatives who together combed the most likely areas with a metal detector. In 1979, after uncovering more than 90 other crash sites, 30 aircraft and many remains of pilots killed in action, ‘the searchers discovered that an unidentified woman pilot had been buried in the village of Dmitrievka … in Shakhterski district.’ ” The body was exhumed, and it was confirmed as Lydia Lityvak’s remains.

Jews in the Soviet Union played a significant role in World War II. Some 500,000 served during the war, and as many as 120,000 were killed in action. During the 1990s, when emigration from Russia became possible, more than 20,000 World War II veterans immigrated to Israel. Russia lost approximately 20 million people in World War II, among them some 8 million in the Russian army, navy and air force, and 2 million Jews killed in the Holocaust (which includes Ukraine).

Yad Vashem, the Holocaust Memorial Center in Israel, has a special page devoted to Jews in the Red Army. Lydia, however, is not included on their web page, although many others are there.

A film has been made in Russia, called simply “Lityvak,” which can be seen on YouTube. In 2016, American author and motivational speaker M.G. Crisci wrote Call Sign White Lily, with rare photographs and the details of the world’s first female fighter ace: Russian-Jewish Lydia Litvyak.

Think of her on the Jewish date she fell, the 29th of Tammuz, which this year occurs on July 28.