(May 4, 2022 / JNS) Decades ago, while stopping in a downtown Jerusalem café for my morning treat of danish and coffee, I noticed a man seated alone in a shadowy rear corner, clearly enclosed within his own world. My server identified him as the renowned writer Aharon Appelfeld. As an only child for whom quiet solitude, especially while writing, is a necessity, I was intrigued by his chosen location. Attached as I am to my home study, insulated from noise and with a splendid garden view, I could not imagine writing anything but a check in such a public place.

No writer’s life story has so fascinated me as Appelfeld’s. I have read and reread A Table for One, his riveting memoir of his experiences as a 9-year-old boy in Romania who escaped the invading Nazis by taking refuge in a forest. Living in solitude for three years, he learned that “silence is preferable to speech.” Until he eventually arrived in Palestine in 1946, his life “resembled that of a small animal fleeing from its hunters.”

He wrote: “Everything that had been snatched away from me so brutally in my childhood I would discover here in Jerusalem.”

Writing became Appelfeld’s “passion that knew no bounds.” Only in the corner of a Jerusalem café did he experience “the freedom of imagination” and “the chance to spend a precious hour or two alone with yourself.” A café is “my place of observation … where I’m best able to concentrate.” But not always the same café. “Every few years, I find myself a corner in a new café.”

I saw him again, years later, in Café Atara on Ben-Yehuda Street. It was, he wrote, “milling with people, but its upper floor was quiet and there was a corner by the window where my imagination conjured up the sights I needed.” As much as I wanted to tell him how fascinated I was by his writing, I restrained myself from intruding and hastened downstairs to preserve his solitude. 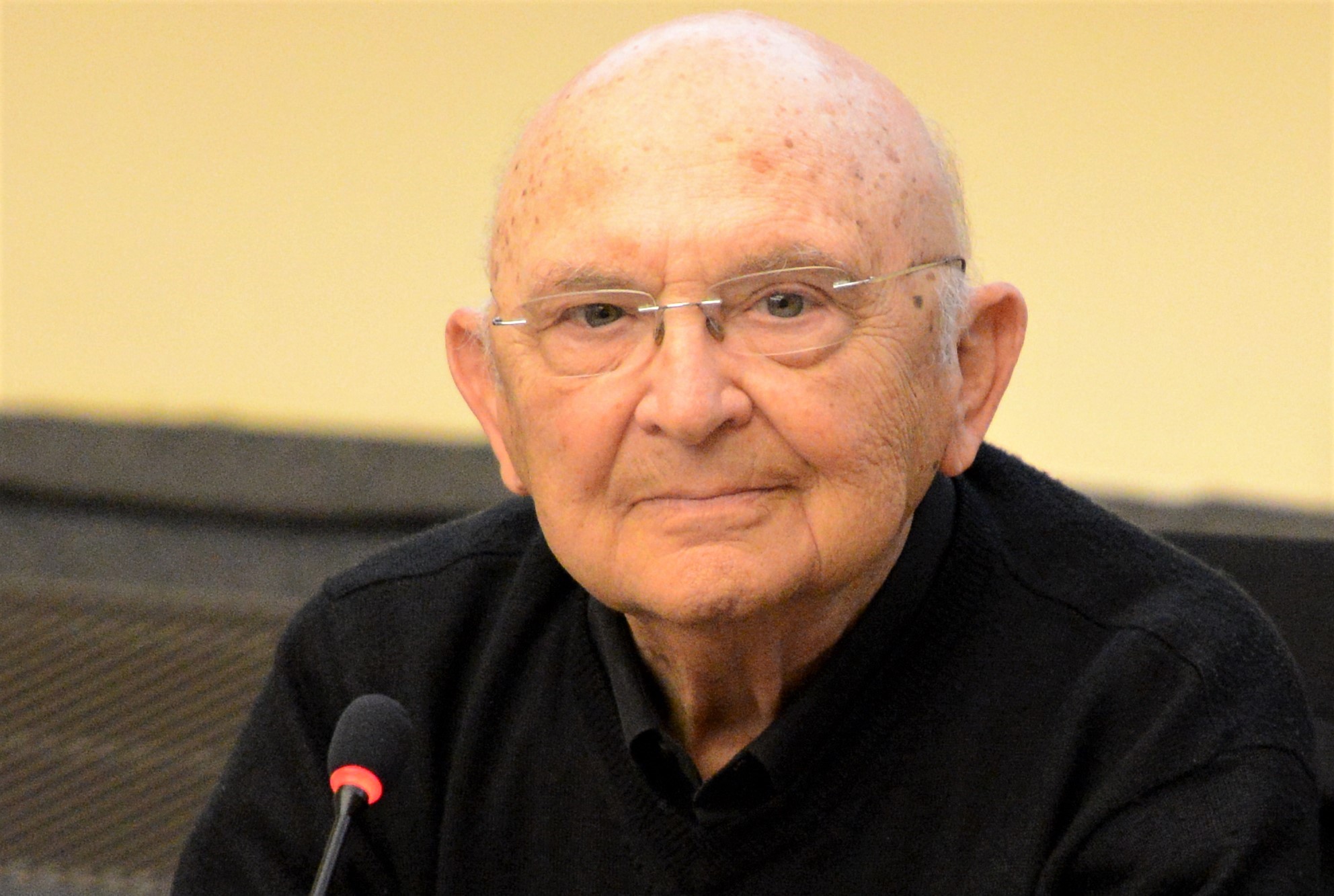 Appelfeld, who passed away in 2018 at the age of 85 and has some 40 books to his credit, described weekly evening (and solitary) strolls through “my neighborhood”: Rehavia, where the “quiet tranquility” was enticing. It “became the threshold to my home, from which I had been uprooted in childhood”—with “the leafy boulevards, the courtyards, the quiet, the small well-tended stores; toward nightfall, flowing from the open windows, the strains of a piano or violin.” His description was evocative. I knew Rehavia well, having lived there for two years. It became my home away from home.

We shared other favorite Jerusalem neighborhoods, as remote as they were from our own life choices. In ultra-Orthodox Mea Shearim, he wrote, “Here, and perhaps only here, people speak, pray and study exactly as they used to in the shtetls and cities of Eastern Europe.” Like Appelfeld, “I neither wanted to live like them nor to resemble them.” But when I chanced to cross Rechov Averbuch (Averbuch Street), I imagined that there was a family connection here from long ago.

There was also Sha’arei Hesed, the tiny ultra-Orthodox neighborhood adjacent to Rehavia that captivated both of us. I often sat outside the synagogue on a nearby stone wall where I could watch the arrival of haredi fathers with their young sons and listen to their passionate davening. I learned that the first child to be born there was Rabbi Shlomo Zalman Auerbach, who became a renowned Jewish scholar.

Appelfeld wrote, “I prefer to sit and talk to another person quietly, and even then I prefer to listen rather than be listened to.” So I learned when I was invited to a gathering of Israelis by my dear friend Haggai, who was spending his sabbatical year in a Boston suburb. The moment I entered, I knew that I would not be comfortable there. Hebrew-speaking aside, the loud conversational noise instantly silenced me. I found an empty chair next to someone who was seated alone, an observer not a participant. We exchanged a few words before lapsing into the silence that we both clearly preferred. The next day I learned from Haggai that my partner in silence was Appelfeld.

Inside the Western Wall cavern, echoing with Jewish voices in prayer, I often pondered the deprivations of assimilation that I had absorbed as a boy and the Jewish identity that Jerusalem had bestowed. I knew that I would never see Aharon Appelfeld there. It was much too noisy.