(December 31, 2018 / JNS) Why are the views of radical Islam accepted by Western left-wing audiences? Jamie Glazov answers that question in his riveting book Jihadist Psychopath: How the jihadist is charming, seducing us, devouring us.

What has happened to the West—to the values of freedom and equality for all—questioning our moral values to the point that we have come to accept the delectable lie that Islam is a religion of peace? We witness Islamic terror, but choose to believe what we are told: It isn’t Islam. Islam is a religion of peace. If Islam is such a peaceful religion, why must we be reminded of it over and over again? 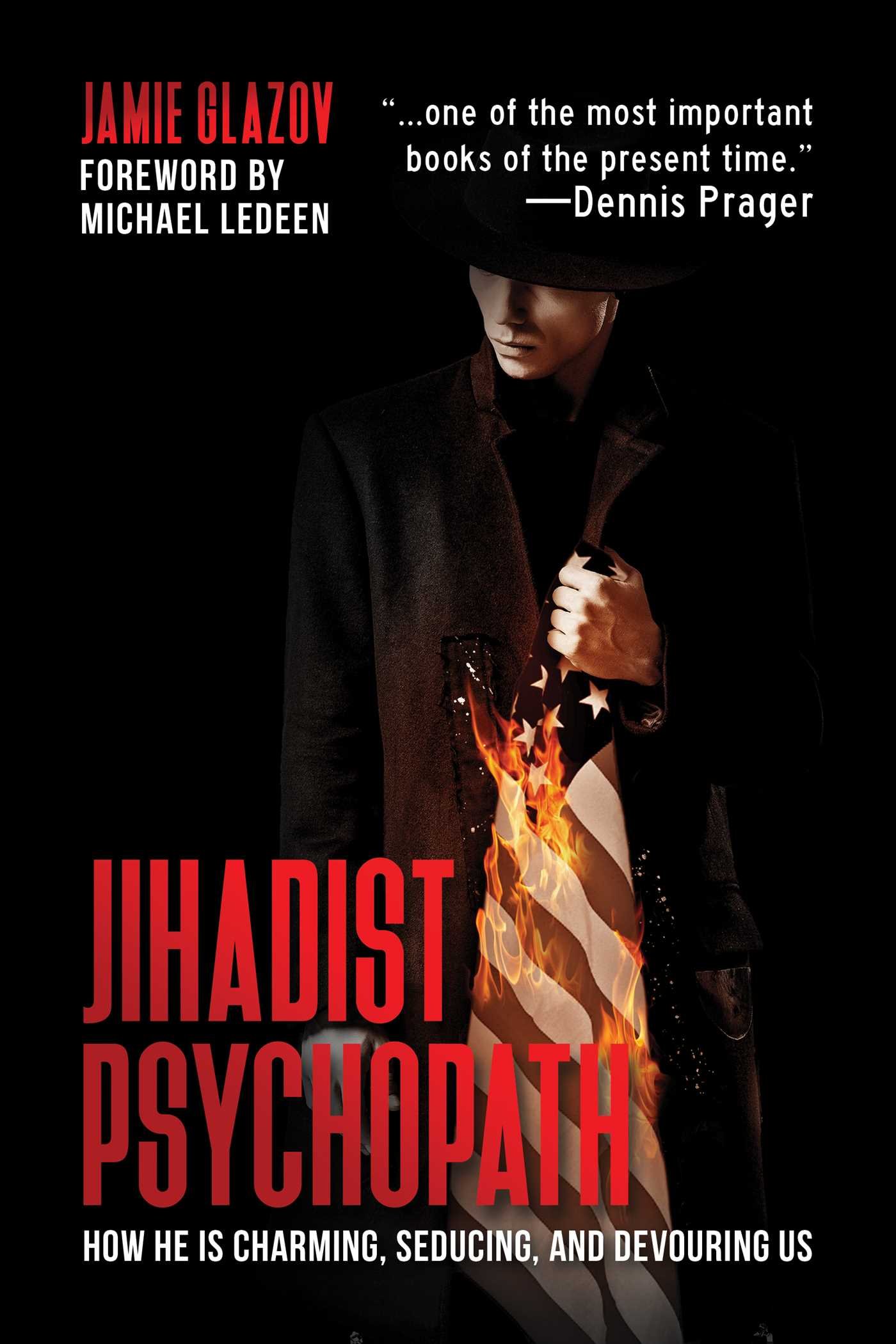 Cover for “Jihadist Psychopath: How He Is Charming, Seducing, and Devouring Us.” Credit: Amazon.

Glazov explains this “insanity”—this desire to believe what is factually untrue. He takes us on a journey through the lens of psychology and the mental condition known as “psychopathy.” He begins in the Garden of Eden with the Serpent, the original psychopath, who beguiles Eve with his pretense of good will.

May I suggest that Glazov’s “psychopathy” explanation regarding the acceptance of radical Islam is the same psychopathy that traps those who accept the idea that Israel is a pariah state.

Let me explain this term: psychopathy. One of my professors explained the “good and bad” of psychopathy. Like all “conditions,” it runs on a continuum. At one end is someone who has little empathy for others, though particularly harmful; someone who doesn’t worry about hurting feelings, most probably because he has few. And as a CEO, this person would be a great. He focuses on his end game. Then there is the other end of the continuum. And I have no doubt that most of you, if not all, have experienced the machinations of a psychopath in a relationship (or know someone who has).

In that relationship, there is one partner who always takes the blame for anything negative. She knows if only she had said this and not that, or done that and not this, then everything would be fine. She comes to believe that everything bad is her fault, never his. That she is the victimizer and not the victim is the goal of a true psychopath. That she takes on the role of victimizer, voluntarily, is the indication of a great psychopath.

Glazov takes this example into the world. We, the recipients of the Judeo/Christian ethic that calls on us to treat all people with equal respect, that all life is sacred, and that we have free will to make those choices are apologizing for our values in order to accommodate and include a value system that is diametrically opposed to ours, despite the statements made by world leaders. Islam is not compatible with the West. Here we are turning ourselves into the victimizers of 1.8 billion Muslims who remind us after every terror attack that Islam is a religion of peace, and that we must be careful not to allow ourselves to attack Muslims in any way. It’s not their fault that there are Islamic terrorists. It is ours. We, the West, are the oppressors. This is psychopathy at work.

Glazov shows us different faces of submission. He provides a litany of experts in psychopathy and a similar number of examples of jihadist psychopathic behaviors. He shares the stories of those who have had the courage to stand up to Islamic terrorism, and how in return, these people have been ostracized by those who should thank them for their courage to speak. Most impressive and important to me is Glazov’s revelations about former President Barack Obama; how he singlehandedly attempted to transform the nation’s perception of radical Islam from a terrorist ideology to a religion of peace by removing all references to Islamic terrorism in all government communications. He was not the first president to declare Islam a religion of peace. Former President George W. Bush introduced the term following 9/11. But Obama brought people into his administration who diligently promoted awareness of Islamophobia, which is universally defined as the irrational fear of Islam. If fear of Islam is irrational, then those who question it must also be irrational. However, the notion of a post-9/11 backlash against Muslims was a myth. The result of the obsession with Islamophobia is the silencing of dissenters.

Glazov is reaching out to the millions of people who have come to believe that Islam is not the problem; we are. I suggest that many readers will see themselves in this book, having fallen victim to the declarations of the psychopathic jihadists. And once you do—once you realize how you have been tricked into believing that Islam is the religion of peace—you will no longer be frightened into silence. You will develop the courage needed to stand up and say, “Enough.” You will act to protect and defend Western civilization described by the late George Jonas as “the best and most humane form of civilization developed by mankind,” and that we must not let it “perish by default.”

Rabbi Jonathan Sacks wrote: “Greater is the one who fought and won than one, fearing confrontation, takes the path of least resistance and submits.”

Diane Bederman is the author of “Back to the Ethic, Reclaiming Western Values,” published by Mantua Books. She blogs at: DianeBederman.com.