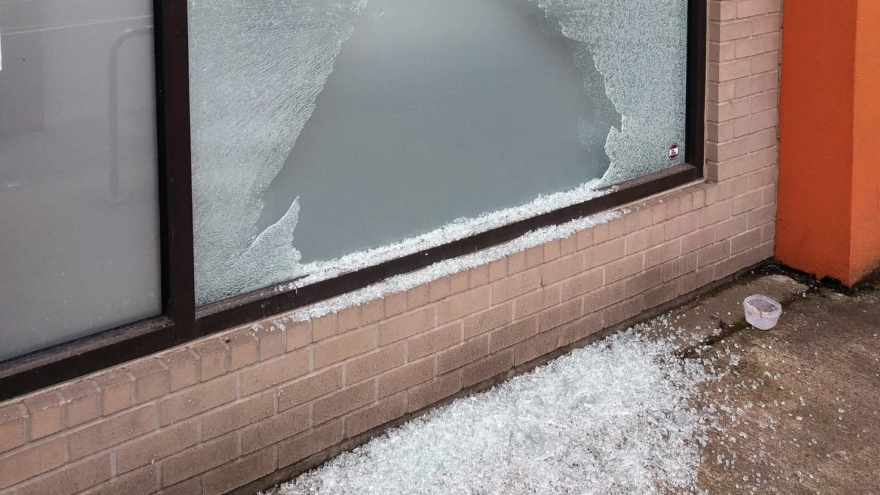 (May 10, 2022 / JNS) Police in Portland, Ore., have arrested a suspect in four different incidents of vandalism at houses of worship, including Congregation Shir Tikvah and Congregation Beth Israel, from April 30 until May 5.

Michael E. Bivins, 34, of Portland, is being charged with criminal mischief in the first and third degree, and arson in the first degree.

Portland Police allege that Bivins on April 30 broke a window at Shir Tikvah, and on May 2, he painted graffiti on the outside of Beth Israel. He also targeted Beth Israel a second time on May 4 when he allegedly threw a rock through a window into the synagogue library. Police say that on May 3, Bivins also set fire to the Muslim Community Center of Portland.

The Portland police said the investigation is ongoing, and further charges are possible.

In a message to members, Beth Israel’s Rabbi Michael Z. Cahana wrote: “We learned that an arrest has been made in the anti-Semitic incidents on our campus. Through diligent efforts by various branches of law enforcement, it was determined that a single individual was responsible for spray painting a Nazi-referenced death threat on the outside of our sanctuary, an attempted arson at the Muslim Community Center of Portland, breaking a window at the Eastside Jewish Commons/Shir Tikvah and throwing a large rock through the window of the library on our campus. …

“This series of events, which has shaken our community, is an important reminder that even incidents that seem random and unrelated or too minor to bother with should be properly reported,” he continued. “We are all responsible for one another.”