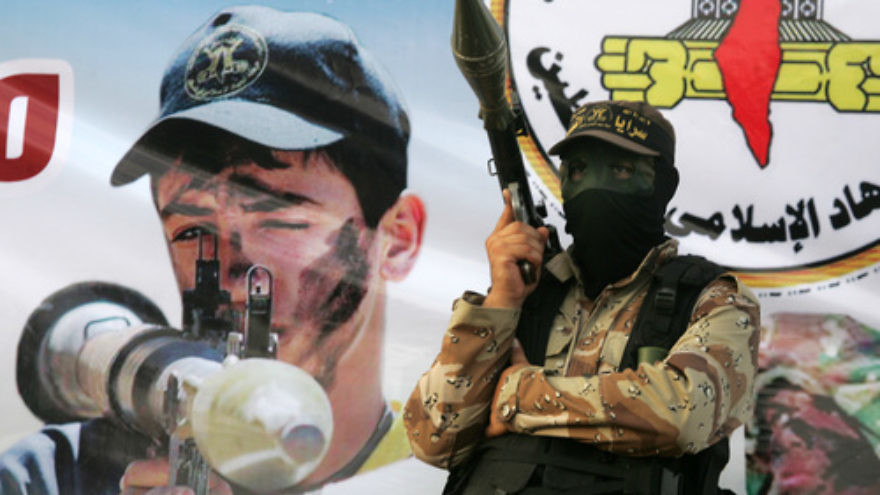 In 1993, Israel and the Palestine Liberation Organization entered into the Oslo peace process, in the hopes of reaching a final status peace agreement by 1999. In 2015, Palestinians born after the signing of the Oslo Accords are distancing themselves from the agreement, instead turning toward violent acts of terror.

During a briefing to the Knesset Internal Affairs Committee on actions to quell the violence, acting Israeli Police Chief Bentzi Sau acknowledged the phenomenon of teenage terrorists, claiming that “more than half of the detainees” in recent terror attacks in Israel are minors.

According to Khalil Shikaki, director of the Ramallah-based Palestinian Center for Policy and Survey Research (PSR), the Oslo Accords take on a different meaning for the younger generation of Palestinians than for those who were adults at the time of the signing.

“The older generation remembers the pre-Oslo conditions and therefore tend to be less critical of that agreement than the younger generation who sees Oslo as a miserable failure,” Shikaki told JNS.org, noting that youths consider the Oslo agreement to be “a failure to end occupation, deliver a state, or build clean, efficient, and strong public institutions.”

Bassem Eid, another expert on internal Palestinian affairs and former director of the Jerusalem-based Palestinian Human Rights Monitoring Group, asserts that younger Palestinians—whether living in Jerusalem, Gaza, or the West Bank—have been taught to feel that their daily lives “are getting worse and worse.”

“Imagine those who have been born after the Oslo agreement,” Eid told JNS.org. “If you are born with the feeling that life is getting worse and worse, that is the frustration.”

Eid said the feeling that Oslo is a failure, while pervasive among the younger generation, is actually shared universally by Palestinians.

“The Oslo agreement almost died several years ago in the eyes of the Palestinians. I don’t believe that there is one Palestinian who believes that Oslo still exists,” he said.

Yet blame for the failure of Oslo—in the eyes of Palestinians—may be attributed not only to Israeli policies, but also to Palestinian leadership. And for Jerusalem Arabs currently living under full Israeli sovereignty, living under Palestinian Authority (PA) rule may not be an appealing alternative.

In a mid-September poll conducted by Shikaki’s PSR among Arabs living in the West Bank, 79 percent of respondents believe that corruption exists within the PA, and 53 percent say the PA is now a burden on the Palestinian people.

Eid argued that Palestinians “have almost reached a conclusion that under such leadership, whether the Palestinian Authority or Hamas, life is not going to improve.”

“Palestinians are fed up with the Palestinian Authority,” Eid said.

According to experts, these factors—including a strong sense among Palestinians that Israelis are no longer pushing toward a two-state solution, a complete lack of confidence in the PA, and two decades of incitement and the glorification of Palestinian terrorists—combine to influence youths’ decisions to carry out savage acts of terror.

The recent PSR poll, published just before the outbreak of the current terror wave, more than half of Palestinians favor youths carrying out such attacks. Fifty-seven percent of Palestinians, the poll said, support a return to an armed intifada “in the absence of a viable peace process.” The research center’s director, Shikaki, noted that “PSR findings show that 60 percent of young men (18-28 years) tend to support an armed intifada a little more than the general public. However, the gap is small and within the margin of error.”

“It is evident that the support for an armed intifada is widespread and is not restricted to the youth,” Shikaki told JNS.org.

While the ongoing spate of stabbings, shootings, car-rammings, stone-throwings, and firebombings against Israelis is the most heavily concentrated terror wave in several years, Israelis remain hopeful that it will be quickly subdued and not develop into a full-blown intifada.

“I don’t think this is an intifada,” contended Eid, saying that the current violence “is not organized by any political body. It is organized by incitement.”

Meanwhile, Palestinian attacks continue daily across the West Bank, along the border between Israel and Gaza, and throughout Israeli cities, with the heaviest barrage of attacks striking Jerusalem. Eid said that Palestinian incitement across the West Bank and Gaza—promoted by political leaders and terror movements, and spreading virally to youths on social media—is focused primarily on defending Jerusalem.

Palestinians in Jerusalem, according to Eid, “have the feeling that they are the front of the whole struggle right now for the Al-Aqsa mosque.” He added that Palestinian leaders in Ramallah have been singing the praises of Jerusalem terrorists, claiming they are “exceeding any level of expectations in the struggle.”