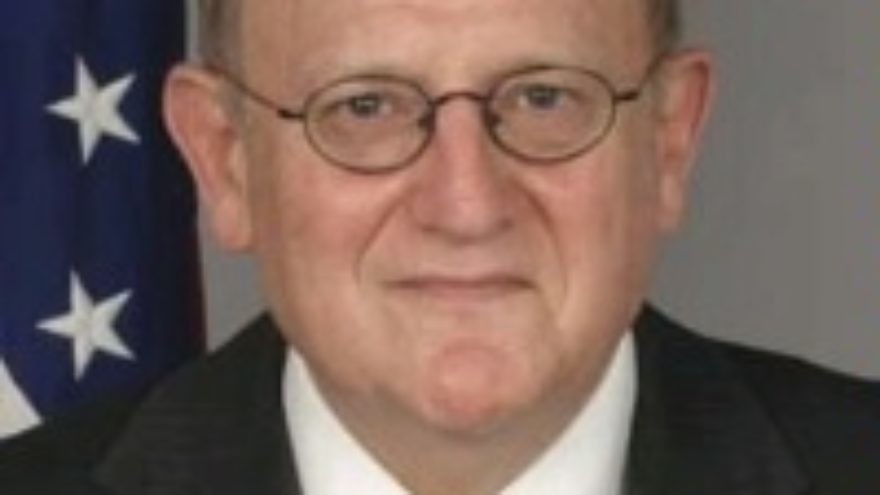 If a bomb was thrown at a prominent synagogue in Brooklyn, the media would treat it as front-page news and politicians would rush to condemn the assault.

But watch what happens when Palestinians throw a bomb at a prominent Jewish holy site and synagogue in Israel: editors bury the story, and politicians are focusing their attention elsewhere.

On Aug. 7, a Palestinian terrorist hurled a bomb at the Tomb of Rachel, near Bethlehem. The building contains a synagogue, a study area and, of course, the burial site of one of the Jewish biblical matriarchs.

By some miracle, the bomb failed to explode. But if it had ignited, and worshippers were harmed, how would the world have responded? A one-paragraph news brief in the Washington Post, and perhaps a mumbled condemnation of “violence by all sides” from a State Department spokesperson. At most!

Many people don’t realize but there is actually a full-time U.S. government official whose only job is to monitor and protest against anti-Jewish attacks around the world. The current occupant of the post of Envoy for Combatting Anti-Semitism is Ira Forman, who was Jewish Outreach Director for President Obama’s reelection campaign. Before that, Forman spent some fifteen years as executive director of the National Jewish Democratic Council, whose self-described mission is to “maximize Jewish support for Democrats at the federal and state levels of government.”

Since the Democrats are increasingly perceived in the Jewish community and around the world as pro-Palestinian, and since Forman has such impressive Democrat credentials, it would make a very strong impression if he were to speak out against Palestinian anti-Semitism. In other words, if he were to do his job.

So far, there has been no word from Forman’s office regarding the Palestinian bomb attack on the Tomb of Rachel.

To judge from Forman’s job description (on the State Department’s web site), he should be the first and loudest voice decrying the attempted bombing. His task is to combat “discrimination against or hatred toward Jews,” including “personal and property attacks; government policies, including judicial/prosecutorial decisions and educational programs on the issue; and press and mass media reports.”

Well, I would say that throwing a bomb at a synagogue –whether in Brooklyn or Bethlehem — constitutes a “personal and property attack” and is evidence of “hatred toward Jews.” Wouldn’t you?

The Tomb of Rachel is a building containing Jews who are praying and studying. They are not “settlers.” They are not “occupying” anyone. If you throw a bomb at them, it’s because you hate Jews.

Doesn’t the anti-Semitism envoy get that?

Apparently not. Because looking at his most recent report concerning worldwide anti-Semitism, one gets the sense that his intention is to downplay Palestinian anti-Semitism–and especially, to absolve the Palestinian Authority of any blame.

Amb. Forman drafts the sections on anti-Semitism that appear in the State Department’s annual report on human rights around the world. Here’s what the 2015 report had to say about the Palestinians:

“Rhetoric by some Palestinians and Muslim religious leaders included expressions of anti-Semitism and Holocaust denial.”  Notice how he attributed the expressions to “some” nameless Palestinians, not the Palestinian Authority (PA).

“Anti-Israel sentiment was widespread and sometimes crossed the line into anti-Semitism in public discourse, including media commentary longing for a world without Israel and glorifying terror attacks on Israelis.”  No acknowledgement that the “media commentary” appears in the official PA-controlled media.

“Palestinian press and social media widely circulated cartoons encouraging such attacks.”  No mention of the fact that the cartoons appear in official PA organs, such as the PA daily newspaper and PA websites.

“At times the PA failed to condemn incidents of anti-Semitic expression in official PA traditional and social media outlets.”  The PA is lightly criticized for failing to condemn, not for its active sponsorship of anti-Semitism.

Why does Amb. Forman tread so lightly on the PA’s anti-Semitism? The answer seems obvious: if he told the truth, the Obama administration would come under strong pressure to stop giving the PA $500-million every year and to stop trying to give the anti-Semitic PA regime its own independent state.

And so the U.S. Envoy for Combatting Anti-Semitism aims his condemnations elsewhere, letting the most prominent purveyor of contemporary anti-Semitism off the hook. Politics take precedence over truth.