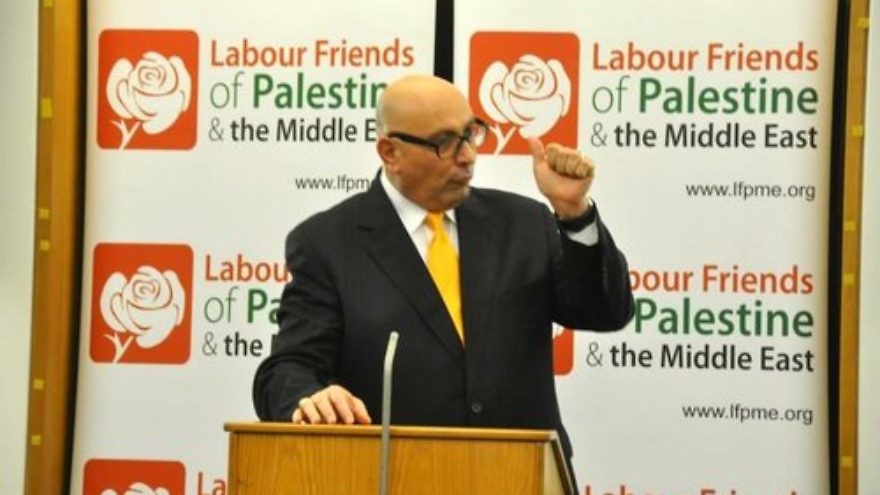 (December 13, 2017 / JNS) A Palestinian ambassador’s boast that he assaulted an Israeli student in an argument over the origins of falafel is drawing strong criticism from British Jewish leaders and veteran Israeli diplomats.

Manuel E. Hassassian, the Palestinian Authority’s (PA) chief envoy in London, asserted in a recent Lebanese television interview that when he was a graduate student at the Ohio-based University of Toledo in 1976, he got into an argument with an Israeli student who claimed “that falafel and hummus are Israeli foods.”

Hassassian continued, “I said to him: ‘How dare you? You steal my land, exile my people and now you are robbing us of our folklore and national foods? You claim that it is Jewish food? It is our food, of the Palestinian people, and I will not allow this.’ I then grabbed him and gave him a beating.”

According to Hassassian, he was arrested by campus security officers, but after he explained to them what had happened, they released him, saying “Palestine should be proud of you.”

Yet Meghan Cunningham, director of communications for the University of Toledo, told JNS, “There are no campus police reports involving a person by that name.” A search by JNS of the campus newspaper, The Collegian, found no articles resembling Hassassian’s claim.

Neither Hassassian nor his staff responded to multiple requests for comment on the incident.

“If Mr. Hassassian said the words attributed to him, it would be regrettable but not surprising,” a spokesperson for the Board of Deputies of British Jews told JNS. “It daily becomes more apparent to more people that the Palestinian Authority has totally failed to lead Palestinians to a peaceful and prosperous future and this is only reflected in the quality of its representatives.”

Mark Gardner, director of communications for Community Security Trust, a British Jewish defense organization, said, “Given the volatility of Israel-Palestine political debate on university campuses, anything that suggests boasting about physical violence is deeply inappropriate: and doubly so for someone in such a senior position.”

“The culture of lying is deeply entrenched in [Palestinian] politics and media,” Alan Baker, Israel’s former ambassador to Canada, told JNS. He cited the PA’s promotion of UNESCO resolutions denying any connection between Judaism and its holy sites, and the PA’s false claims that Israel perpetrated a massacre of civilians in Jenin in 2002.

“The Arabs see that they can sow a lie and the international community will eagerly pick it up, believe it and rehash it,” said Baker, who was involved in drafting and negotiating the Oslo Accords, and has served as legal adviser and deputy director-general of Israel’s Foreign Ministry. “Therefore it doesn’t surprise me that Ambassador Hassassian chooses to push what appears to be a typical example of ‘fake news.’ He knows people will believe it merely because it involves something negative against Israel.”

Lenny Ben-David, the former deputy chief of mission at the Israeli Embassy in Washington, D.C. told JNS that he “questions” the veracity of Hassassian’s account, aside from the accusation of Israel “stealing Palestinian food,” which anti-Israel activists often allege.

Ben-David recalled that in the 1970s, Arab students at Indiana University attempted to prevent Jewish students from holding Israeli dance classes on the grounds that they were appropriating “stolen Palestinian dances.” In a close vote, the administration upheld the Jewish students’ right to continue dancing.