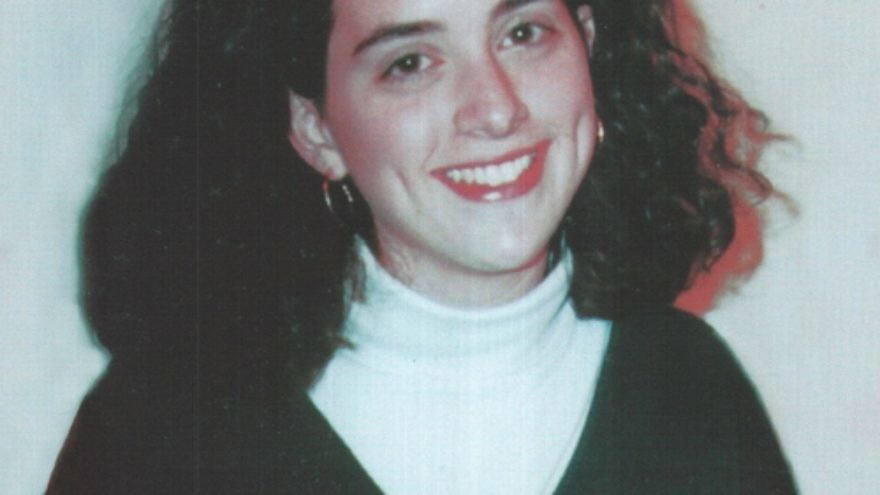 It’s time to say the G-word out loud. Palestinian terrorism is not just another form of violence. It’s genocide by another name.

A word such as “genocide” should never be used lightly. If it is to have any meaning, it dare not be flung about just to make some political point or to award victim status to some aggrieved party that has suffered far less than mass murder.

At the same time, we have to be willing to use the G-word when it applies—even if doing so is politically inconvenient or unpopular.

I recently spoke at the 11th National Conference of the David S. Wyman Institute for Holocaust Studies. It was the first time I have ever addressed such an event. I was one of the speakers in a session involving individuals connected to genocides other than the Holocaust.

There we were: a survivor of the Rwandan genocide, a son of victims of the Armenian genocide, and me, the father of a victim of Palestinian terrorism. At first glance, it must have seemed to some in the audience that the three of us had nothing in common. But the more I have thought about it, the more I have come to realize that, sadly, we have everything in common. All three of us have experienced not only the consequences of genocide itself, but also the added tragedy of politics preventing a response to genocide.

Jacqueline Murekatete spoke at the Wyman conference about how her family was brutally slaughtered by the Hutu mass murderers in Rwanda in 1994, about her narrow escape from that fate, and about the Clinton administration’s decision not to intervene. A few days after her address, the New York Times reported that the Obama administration is refusing to declassify 100 internal White House cables from 1994 that reveal what U.S. policymakers were discussing about Rwanda as the genocide was taking place. Those policymakers included senior Clinton officials who are now senior Obama officials, such as National Security Adviser Susan Rice.

Dr. Hagop Deranian spoke about the ornate rug woven by Armenian orphans in 1925 and given to the White House in appreciation for American humanitarian aid to survivors of the Turks’ genocide of the Armenians. He spoke, too, about the Obama administration’s refusal to permit the rug to be seen in public, evidently for fear of offending Turkey, which to this day denies that it committed genocide.

And I, too, spoke about a genocide that is politically uncomfortable to acknowledge: the genocide that Palestinian terrorists have been trying to carry out since the early 1900s.

It’s uncomfortable to acknowledge because it flies in the face of everything that the pundits and the State Department and the United Nations constantly claim—that the Palestinians have become moderate, that there is violence “by both sides,” and that enough Israeli concessions will produce peace.

But the truth is that when genocide is involved, no amount of concessions will make any difference.

On April 9, 1995, my daughter Alisa, a 20 year-old junior at Brandeis University, boarded a bus that would take her to a seaside resort in Gush Katif, a region then under Israeli control.  She never made it because a young Palestinian terrorist, recruited by the group Islamic Jihad, rammed her bus with his explosives laden van and detonated a massive explosion. Alisa was one of eight people murdered in that attack.

What was the motive of these Palestinian attackers? The answer to this question is crucial.  Motives matter. They matter very much. Because if the Palestinians’ motive is simply to secure some territory—and then live in peace next to Israel—then much of the world can see some justification in their violence.

But if the Palestinians’ motive is simply to kill Jews, then their action is genocide. Nothing can justify that, and no surrender of territory will ever put an end to it.

Obviously not everyone who has been harmed in Palestinian attacks has been Jewish. When a terrorist blows up a plane or machine-guns a crowd, non-Jews die, too.

And not every victim of Palestinian terrorism has been an Israeli. Alisa wasn’t. The terrorists don’t know, in advance, the nationality of each of their intended victims.

But we do know who they are trying to kill.  And we know it for one simple, harsh reason that no pundit or State Department official ever acknowledges: Palestinian terrorists never try to murder Israeli Arabs.

Think about that. Israeli Arabs are Israeli citizens. Indeed, we are constantly told that they are, overwhelmingly, completely loyal to the State of Israel. So if that is the case, why don’t Palestinian terrorists ever attack them? If the Palestinians’ grievance is against the policies of the State of Israel—and not against Jews—then they should be attacking Israeli Arabs just as they attack Israeli Jews. But they don’t.

If they were just against “Israelis,” the Palestinian Authority’s newspapers and radio and television shows would be inciting Palestinians to hate Israeli Arabs with the same vehemence that they hate Israeli Jews. They would be accusing Israeli Arabs of being evil and Nazi-like. Their political cartoons against the “occupation” would be showing Israeli Arabs as monstrous occupiers. Instead, their cartoons show “occupiers” with huge hooked noses, side curls, beards, and yarmulkes.

The reason is simple, and there is no other reasonable explanation: their goal is to murder Jews.

The international legal definition of the crime of genocide is found in Articles II and III of the 1948 Convention on the Prevention and Punishment of Genocide: “Acts committed with intent to destroy, in whole or in part, a national, ethnic, racial or religious group.”

That is what they have been doing, whether with knives and bombs, airplane hijackings and suicide bombers, or kidnap-murders of hitchhikers. It’s an inconvenient truth. It doesn’t suit most political agendas. But it’s the reality.

It’s time to acknowledge the nature of what Palestinian terrorists have been doing to the Jews for more than a century—and about what they have now done to three Jewish teenagers. It’s not politics, it’s not policies. It’s genocide.

Stephen M. Flatow, a New Jersey attorney, is the father of Alisa Flatow, who was murdered by Palestinian terrorists in 1995.