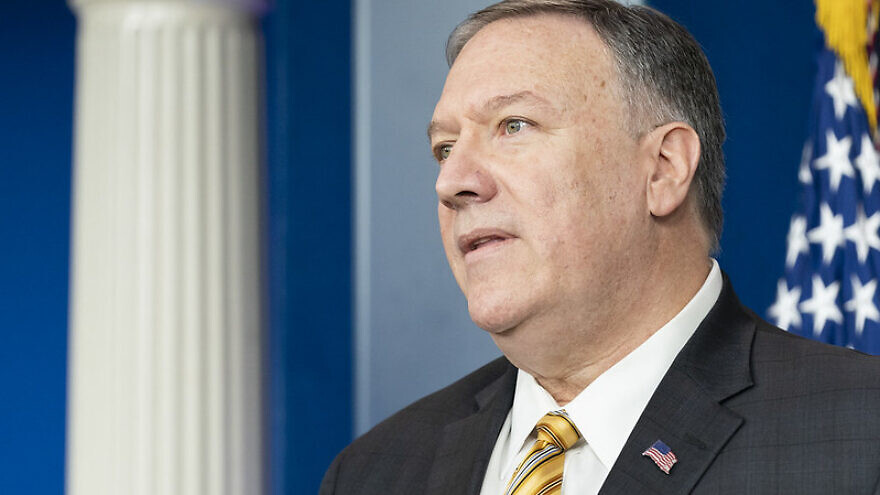 (August 21, 2020 / JNS) U.S. Secretary of State Mike Pompeo warned on Friday that the United States will prevent China and Russia from attempting to violate sanctions on Iran.

The warning came one day after America initiated the mechanism for the U.N. Security Council to snapback sanctions on Iran.

On Fox News, Pompeo said that “when the U.N. sanctions come back into place, Russia and China can talk a good game today, but I assure you the United States will use every tool in its arsenal to make sure that the Chinese and the Russians are incapable of delivering weapon systems to Iran that threaten us, and we will do everything in our power to make sure that they don’t get the money that comes alongside being a global arms dealer as well.”

The snapback mechanism is included under the 2015 Iran nuclear deal, which the United States withdrew from in May 2018, reimposing sanctions lifted under it and enacting new penalties against the regime.

Enacting snapback sanctions would include extending the arms embargo indefinitely, following the Aug. 14 rejection by the U.N. Security Council of the U.S.-led resolution to extend the arms embargo on Iran.

In accordance with the 2015 agreement, the United States had to inform the Security Council 30 days earlier if it intends to enact snapback. The Trump administration did so with a letter to the 15-member council that Tehran isn’t in compliance with the nuclear accord.

A U.N. Security Council resolution could keep the deal—and thus U.N. sanctions relief for Iran—in place. However, it could be vetoed by a permanent member such as the United States.