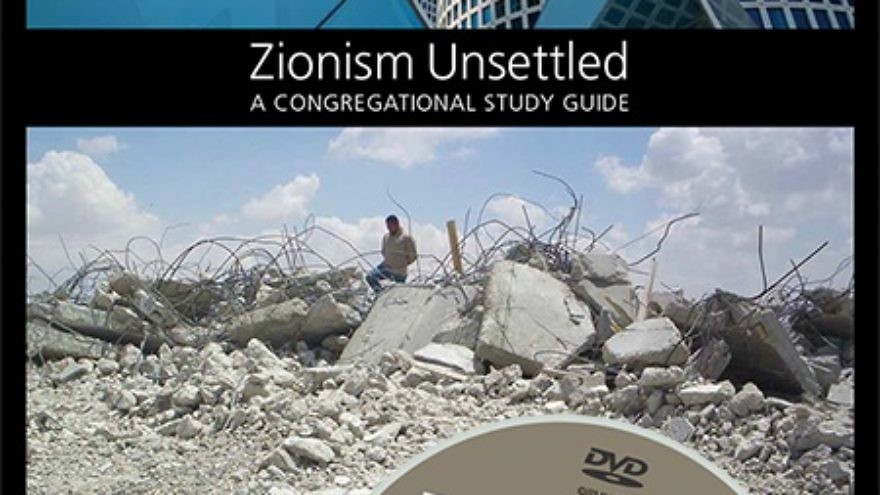 (June 20, 2014 / JNS) Leaders of Presbyterian Church USA (PCUSA) voted Friday at the church’s biennial general assembly in Detroit to divest from Caterpillar, Hewlett-Packard, and Motorola Solutions, all companies that do business with Israel, in a 310-303 vote.

“The good news is that despite efforts by anti-Israel extremists, voting members realized that divestment was part of the toxic Boycott, Divestment, and Sanctions movement (BDS), and added amendments explicitly stating that PCUSA does not endorse global BDS,” said Roberta Seid, Ph.D., director of education/research for the Israel education group StandWithUs, who attended the Presbyterian assembly.

“The bad news is that BDS has groomed a Presbyterian contingent which manipulates committee rules to hijack the agenda, skew the debate and silence alternative views. The Committee barely heard about Palestinian terrorism or about Hamas, the Palestinian terrorist group that governs Gaza and just kidnapped three Israeli teenagers,” she added.

But with Presbyterianism being one of America’s smallest Christian denominations, with a sharply declining membership base, does this decision even matter?

The latest effort represents the third Presbyterian biennial in a row in which a pro-BDS resolution appeared at the denomination’s general assembly, as BDS supporters who make up part of PCUSA’s Israel/Palestine Mission Network (IPMN) have gained momentum following a narrow two-vote loss (333-331) for a boycott measure at the 2012 biennial.

Similar to past BDS resolutions, the current one called on PCUSA to label Israel as an “apartheid” nation, while calling for divestment from major companies such as Motorola, Caterpillar, and Hewlett-Packard who “participate in the Israeli occupation of Palestine.”

“Over the last decade, numerous divestment and boycott resolutions uniquely and solely aimed at Israel have been brought by a small minority of anti-Israel activists in the Presbyterian Church. They in turn are partnered with the global BDS campaign to demonize and delegitimize Israel,” Yitzhak Santis, chief programs officer and “BDS in the Pews” project director at the watchdog group NGO Monitor, told JNS.org.

The IPMN’s efforts inside the church culminated in its January release of a virulently anti-Israel document, “Zionism Unsettled: A Congregational Study Guide.” Pro-Israel groups blasted the guide, with the American Jewish Committee calling it “a devastating distortion of Jewish and Israeli history, aimed at nothing less than eradicating the state of Israel.”

“BDS leaders have specifically targeted the churches for co-optation; they hope to capture the churches’ moral voice to act as a stalking horse for their cause, which is to dismantle the state of Israel,” he said.

Yet there have been efforts by some Presbyterian leaders to gain a more balanced education on the Arab-Israeli conflict. In February, a delegation of more than a dozen Presbyterian lay leaders visited SodaStream’s factory in the Israeli West Bank city of Ma’ale Adumim. The factory’s location has made it the target of BDS attacks, but it is also touted as a unique model of Israeli-Palestinian cooperation since it employs nearly 500 Palestinian workers alongside Israelis.

Despite its generation of headlines, it is debatable what type of influence an anti-Israel divestment resolution passed by the PCUSA can have.

The latest figures released by PCUSA in 2012 indicate that membership has dramatically declined over the last half decade, with the loss of nearly 465,000 members between 2006 and 2012, including 103,000 between 2011 and 2012. These declines have coincided with a growing push by anti-Israel members within PCUSA to have the church divest from Israel.

At the same time, according to the Pew Research Center, PCUSA is one of America’s smallest churches, constituting only 2 percent of total Protestants and 1.1 percent of the American population as a whole. When compared to largely pro-Israel Evangelical Christians, who constitute over a quarter of all Americans, making it the largest single denomination in America, it would appear their influence is limited.

“When you don’t have the moral clarity to denounce an anti-Semitic diatribe such as ‘Zionism Unsettled,’ then something is clearly wrong, David Brog, executive director of Christians United for Israel (CUFI), told JNS.org.

Brog sees a link between the growing radical anti-Israel agenda within PCUSA and a steady decline in the church’s membership over the last decade, leading some PCUSA members to cross denominational boundaries and seek support from pro-Israel evangelical Christian groups like CUFI.

“The leadership of the PCUSA is out of touch with the membership in the pews,” he said. “This is certainly one reason why the number of members in those pews has been steadily declining.  And this is also one reason why the number of Presbyterians seeking to work with CUFI has been on the rise. People will gravitate towards those who are best representing their morality both within church walls and beyond.”

“It might spark another round of resolutions in other mainline churches. I’ve seen, for example, a group of activists in the United Church of Christ (UCC) who have modeled their organization after the Israel/Palestine Mission Network in the PCUSA. This group might think they can win in the UCC’s General Synod next year,” he told JNS.org.

“The PCUSA, though small in numbers, is being watched by a number of other mainline churches,” he said. “Passage of divestment could signal to these other churches, which have refrained from passing divestment, to move forward on that front.”

At the same time, as the Middle East falls into more chaos and instability by the day—with news of Islamic jihadists conquering cities in Iraq and Syria, as well as Iran’s nuclear ambitions—observers may realize that Israel is not the source of the region’s woes.

“They [BDS supporters] might face an obstacle,” Van Zile said. “The region is blowing up. Syria is a disaster. Iraq is getting much worse. At a certain point people will have to admit that Israel is not the problem.”