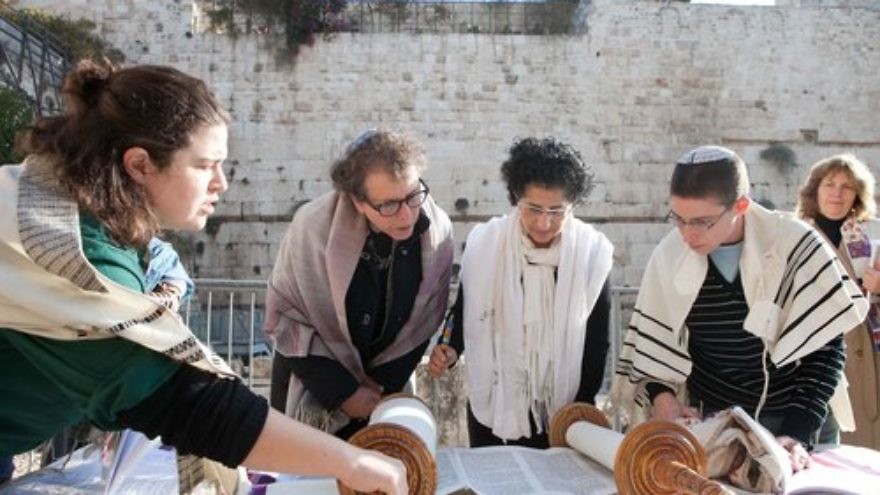 (October 8, 2013 / JNS) On Rosh Chodesh at the Western Wall (Kotel), when Orthodox men and women protest, spit, and curse at me, I am saddened by what the scene means for me as a Jew. But simultaneously, I am proud to be a Woman of the Wall, holding our ground for women’s rights.

When Jewish Agency Chairman Natan Sharansky offered a plan for an egalitarian prayer section of the Kotel to the Reform and Conservative movements, I was a proud member of the world Jewish community but I feared what it meant for Women of the Wall.

Today, I am proud to be part of the brave, wise and resilient Women of the Wall, who are choosing to lead the Jewish people toward unity and unity at the holy site. We represent all denominations as well as Orthodox feminists, women’s prayer groups, and all other Jews who feel coerced into changing their traditions at the Kotel. Women of the Wall voted this week to continue to pray at the women’s section while taking an active role in designing a third, equal, pluralist section at the Kotel. When our conditions for respectful, equal prayer at this space are met and the work on the space is completed, Women of the Wall will pray there.

I am proud that we were strong enough to loosen our grasp on our “women’s section only” ideology; with the knowledge that this does not mean that we relinquish our demand for respectful, equal prayer space for women’s prayer with tallit, tefillin, and Torah at the Kotel. This was not an easy step and many organizations would not have been able to part with the marginalized, underdog image they possess of themselves, even when they have finally gained the leverage and strength needed to create change.

I am proud of the thorough, comprehensive process we went through in order to make this decision. There will be those who disagree with this move, and their voices will no doubt be heard in the coming weeks. This is the sign of a democratic, pluralistic struggle; we are proud to be moving forward in a new direction, but we also experience pain and sadness over inner conflict.

In April 2013, a Jerusalem District Court ruling granted us the right to pray according to our tradition in the women’s section, and we will continue to do so until an equal alternative at the Kotel is created. We want to be the architects, designers, and engineers of this space so that the voices of women from all denominations, and the voice of women’s prayer, are fully and equally represented there. Until this vision becomes a physical reality, we will pray as we have for 25 years and where we rightfully belong, the women’s section of the Kotel.

My heart fills with pride when I think of girls reading Torah and becoming bat mitzvah in a women’s prayer group at the Kotel. This is how I became a bat mitzvah, surrounded by strong, beaming women in my family and community. Jewish girls deserve to be equal to their brothers, and with this vision, we can provide them with that. Jews around the world deserve an equal part of the Kotel where we can pray with respect, each in our own tradition. This vision, with government cooperation, can provide that. Likewise, this new section will reject all forms of violence and intolerance, which Rabbi Shmuel Rabinowitz, as chair of the Western Wall Heritage Foundation and authority of the Western Wall, has been unwilling or unable to do.

Today I am proud to be a Jew and a Woman of the Wall, standing strong for women’s prayer in the public holy space and taking the step up to the negotiating table for equality and unity at the Western Wall.

Shira Pruce, director of public relations for Women of the Wall, has worked to advance social change in Israel at MASLAN-the Negev’s Sexual Assault and Domestic Violence Support Center, the Jerusalem Open House for Pride and Tolerance, MEET and the World Union for Progressive Judaism. She received her BA in Women and Gender Studies at Rutgers University in New Jersey before making aliyah in 2004.