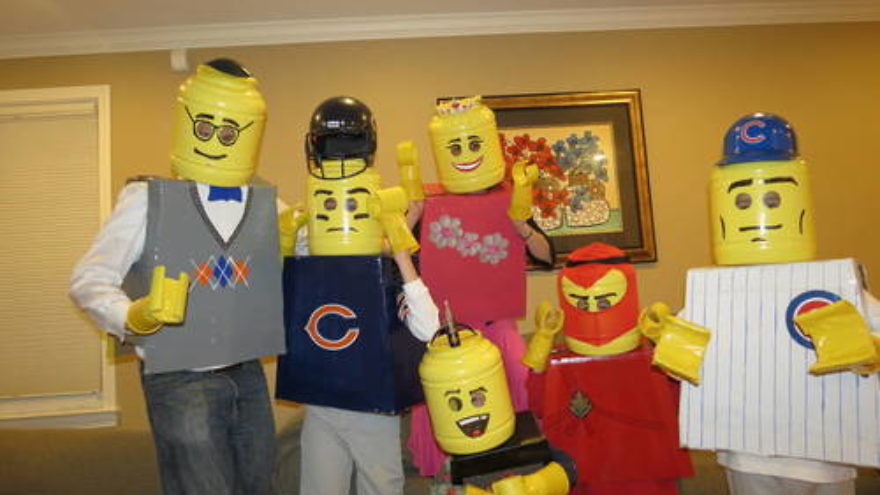 Groggers, candy, and music. A story that involves royalty, a beauty pageant, and the antagonist getting hung on a tree. And let’s not forget the costumes. Purim is a joyful holiday that children of all ages can enjoy and appreciate.

My children start thinking about their next year’s Purim costumes before I can even rid the house of the chametz (leavened products) from the traditional “mishloach manot” Purim gift baskets in order to prepare for Passover cleaning. Throughout the course of the year, their ideas change and evolve. One of my daughters will want to be a princess in April and a surgeon in October. While my son may envision a character from one of his computer games, he’ll eventually be a character from a popular film.

One year, we all dressed up to the theme of pirates—except for one daughter, who insisted on being a princess. She became the princess captor. Our mishloach manot included Pirate’s Booty snack balls, chocolate coins, and a miniature bottle of whiskey.

Pairing family-themed costumes with mishloach manot never became a family tradition for us, but there are loads of families who do it. There’s even a Facebook group, “Purim Themes and Ideas for Shalach Manos,” through which families share their ideas, stories, and pictures, and even barter off pieces of costume clothing.

Considering a theme this year? JNS.org brings you seven costume-mishloach manot pairing ideas to get you started:

Neeli Engelhart of Modi’in, Israel, started with family-themed costumes before she even had children. Now, with four boys aged 4 to 13, it has become a family tradition. Engelhart says the kids get involved early on.

“They give us ideas and we work with those,” says Engelhart. “It’s important to get your kids involved as much as possible.”

One year, they dressed as a Lego family. Months before Purim, Engelhart started buying cheese balls in large plastic jugs from Costco. As the containers emptied, she cleaned and dried them, converting them into Lego heads. Cardboard placards were cut to create bodies, and plastic strips were assembled for arms and legs.

Each family member picked his or her own character.

“My husband had a sweater vest and a kippah on his Lego head. I was more like a princess, with pink appliqués. One son was a football player,” Engelhart recalls.

To complete the theme, the Engelharts gave out mishloach manot that looked like Lego characters, too: a can of Pringles (the body), topped with a baby jar head (cleaned and filled with candy).

Rachel and Netanel Weinman of Efrat, Israel, recommend a theme modeled after the popular 1971 film “Willy Wonka & the Chocolate Factory.” To make it work, Netanel was Wonka and Rachel the golden ticket.

Meghann Schwartz of Silver Spring, Md., and her family have been dressing up and theming their mishloach manot for seven years, ever since they had their first child. It started because someone gave them a butterfly costume for their baby. Mom and dad decided to transform into bugs, too—a bee and a ladybug, respectively—and they became an insect family.

For the mishloach manot, “I filled small pots with chocolate cake to look like dirt. I added gummy worms and lollipops,” Schwartz recalls. She says she makes 70 mishloach manot packages a year, so doing something clever, cute, and inexpensive is key.

Goldilocks and the Three Bears

As Schwartz’s family grew, she started expanding the themes. One year, they did “Goldilocks and the Three Bears.” She was Goldilocks and each of her then three daughters was a different bear. Husband Ben wore a t-shirt that read, “She was just right.”

Ensuring maximum fun, but without breaking the bank, Schwartz says she made the bear costumes with a base of simple brown clothing that the family already owned. She added brown winter hats resembling bears for the kids, and a blonde wig for herself as a finishing touch.

Another rule when doing family costumes is comfort, notes Schwartz.

“I always try to find costumes that are wearable and that start with normal clothing that kids can keep on all day,” she says. “If I have crazy costumes, I know the kids won’t be comfortable and will take them off.”

The Goldilocks mishloach manot: Empty bear honey jars filled with gummy bears and a cookie on the side. Schwartz penned her own version of “Goldilocks and the Three Bears” that year to correspond to the Purim narrative.

Naava Shafner of Jerusalem converted her family of four into punk rockers for the holiday. Their 2-month-old baby was the microphone. The mishloach manot: Coca-Cola and Pop Rocks candy.

“We are all about minimum effort, maximum cuteness,” Shafner says.

Another idea from the Schwartz family is to be members of your favorite sports team. One year, they went with Major League Baseball’s Philadelphia Phillies.

“We had enough clothing that we didn’t have to buy anything,” Schwartz recalls.

The mishloach manot: A hot pretzel, can of beer, crackerjacks, and peanuts.

Last year, the Engelharts chose a theme that was fitting for their aliyah: Waze, the world’s largest community-based traffic and navigation app, which was invented in Israel and later acquired by Google.

Engelhart was the map of the family’s old neighborhood in Chicago, wearing a t-shirt that said, “Let’s get started.” Her husband, Ari, was the map of their new neighborhood in Modi’in. The kids were each one of the traffic issues to which Waze alerts you while driving: accident, police reported ahead, traffic jam. Engelhart painted logos onto white pieces of fabric and glued them onto t-shirts.

For mishloach manot, they made bowls and filled them with cheese-cracker fish, accompanied by a poem about being a fish out of water and needing Waze to get around. A bottle of water was re-labeled with, “Have an A-Waze-ing Purim.”