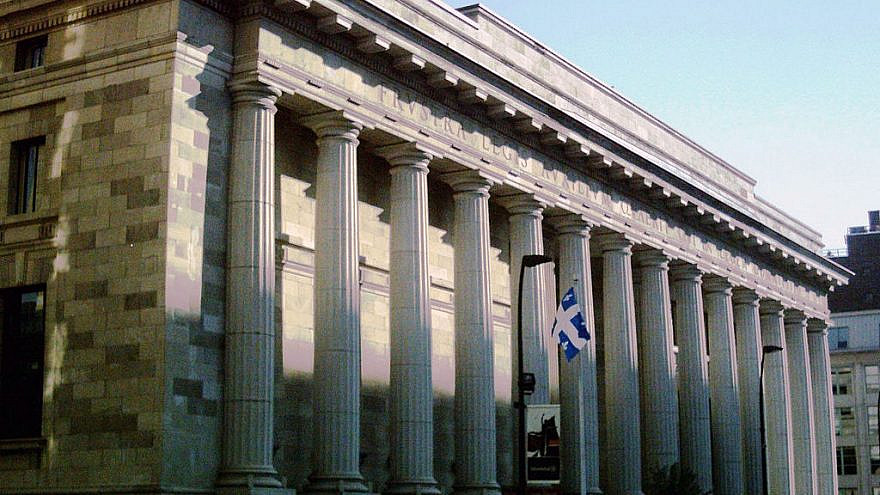 (April 27, 2021 / JNS) The Quebec Superior Court ruled last week to uphold a controversial bill that restricts most civil servants from wearing religious symbols, including such as yarmulkes, crucifixes and hijabs, while at work.

Bill 21 prohibits “certain persons from wearing religious symbols while exercising their functions” and says “under the bill, personnel members of a body must exercise their functions with their face uncovered.”

“It is important that the paramountcy of state laicity be enshrined in Québec’s legal order,” the legislation also states, adding that “a stricter duty of restraint regarding religious matters should be established for persons exercising certain functions, resulting in their being prohibited from wearing religious symbols in the exercise of their functions.”

The law, passed by the province’s Coalition Avenir Québec government in June 2019, does not apply to educators in Quebec’s English-language school boards since they hold special rights over education under the Canadian Charter of Rights and Freedoms, reported Reuters. Quebec Justice Minister Simon Jolin-Barrette said the court’s ruling will be appealed to ensure that the restrictions apply to all.

The Centre for Israel and Jewish Affairs (CIJA) said in a statement that Bill 21 “severely restrict[s] religious freedom and the ability of Jewish Quebecers and other faith-based communities to freely pursue careers in the public sector.”

“Secularism of the state is an institutional duty, not a personal one and should not rest on the outward appearance of individuals,” said CIJA’s Quebec vice president Eta Yudin. “Furthermore, as we expressed during our presentation before the parliamentary commission on Bill 21, it is our view that the government failed to make the case that Quebec’s secularity faces a threat that justifies invocation of the notwithstanding clause. CIJA will continue to voice our community’s steadfast opposition to Bill 21.”