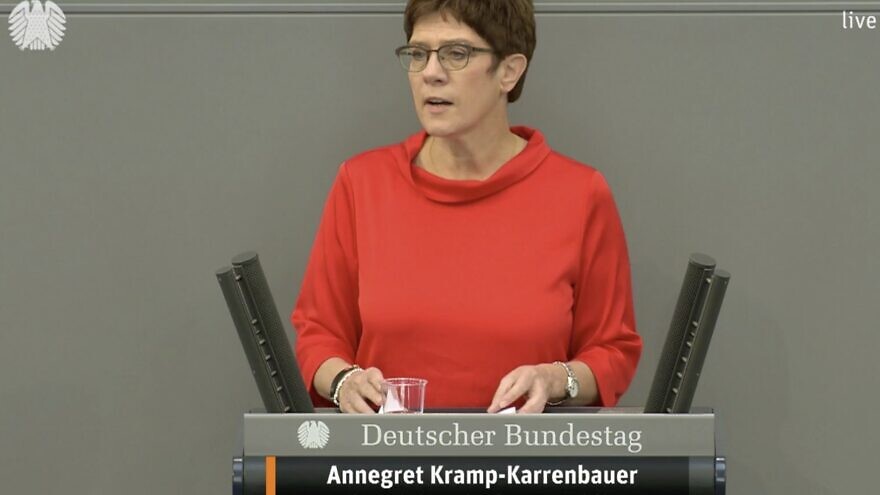 (May 31, 2020 / JNS) The German army is allowing rabbis into its chaplaincy this year to provide support for around 300 Jewish soldiers serving the country in missions abroad.

The move marks the first return of rabbis to the German military since they were kicked out under the Nazis in the 1930s, according to a report in The New York Times on Saturday. Around 12,000 Jewish soldiers died fighting for Germany during World War I.

An agreement reached last year between the government and the country’s Central Council of Jews was unanimously approved on Thursday, allowing for up to 10 rabbis to serve.

“With this, Jewish life is demonstratively returning to the Bundeswehr” in such a way that serves as “a visible contribution against the anti-Semitism that is growing daily in our society at large,” said Germany’s defense minister, Annegret Kramp-Karrenbauer.

The country’s Conference of Orthodox Rabbis praised the move, according to the report, as “an important signal, especially in times as these when there is again fertile ground for anti-Semitism, hate from the far right and conspiracy theorists.”

Statistics published in May showed that anti-Semitism in Germany reached its highest level last year since the country started recording the data, with 90 percent attributed to the far right, said the report.