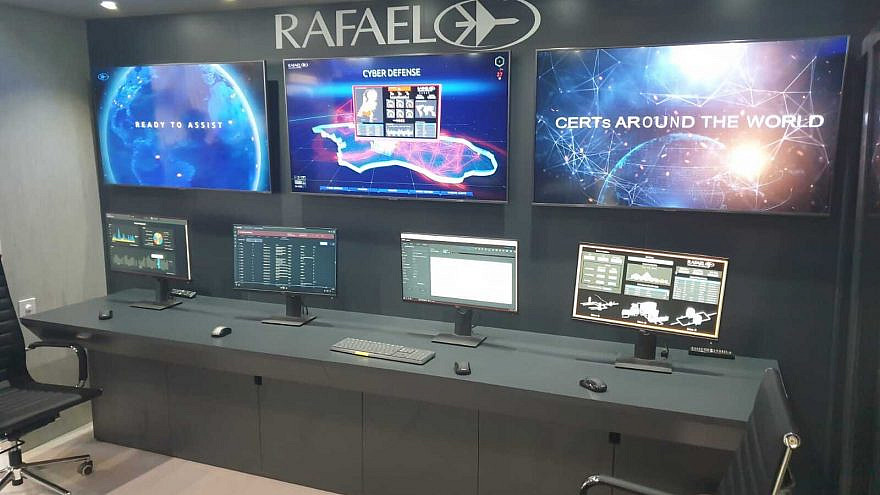 (November 1, 2021 / JNS) Rafael Defense Systems will for the first time take part in the 2021 Dubai Airshow, scheduled for Nov. 14 to Nov. 18, marking the first time that the Israeli company will have a large-scale presence in an Emirati global defense exposition.

In a statement released on Monday, Rafael said it will “showcase some of its most advanced operational and combat-proven aerial defense solutions, which are supported and enhanced by the use of artificial intelligence.”

Among other systems, the company intends to display its Mic4AD, a unified command-and-control system for air-defense systems; Drone Dome, a counter unmanned aerial vehicle system; and Spyder, a surface-to-air missile system designed to engage the threat of aircraft, helicopters, UAVs and precision-guided munitions.

Rafael noted that it has established a joint venture with a leading Abu Dhabi-based company called G42 aimed at synergizing “between artificial intelligence and big data.”

The company will also showcase its Litening pod—the world’s most widely used targeting and navigation aircraft pod, which incorporates an array of sensors for target detection, recognition, identification and tracking. Litening is used by two dozen air forces worldwide.

Israel Aerospace Industries will also have a booth at the Dubai Airshow, showcasing a variety of its state-of-the-art systems and emphasizing its aviation products, including civil aviation, space systems and special-mission aircraft.

Also in a first, the Israeli Defense Ministry took part in the Czech Republic’s IDET International Defence and Security Technologies Fair last month in the city of Brno, one of the largest events of its kind in Central Europe.

It came just a day after the signing of the largest defense agreement to date between the Israeli and Czech ministries of defense, involving the sale of four Rafael-made Spyder surface-to-air missile systems for approximately 2 billion shekels (about $627 million).