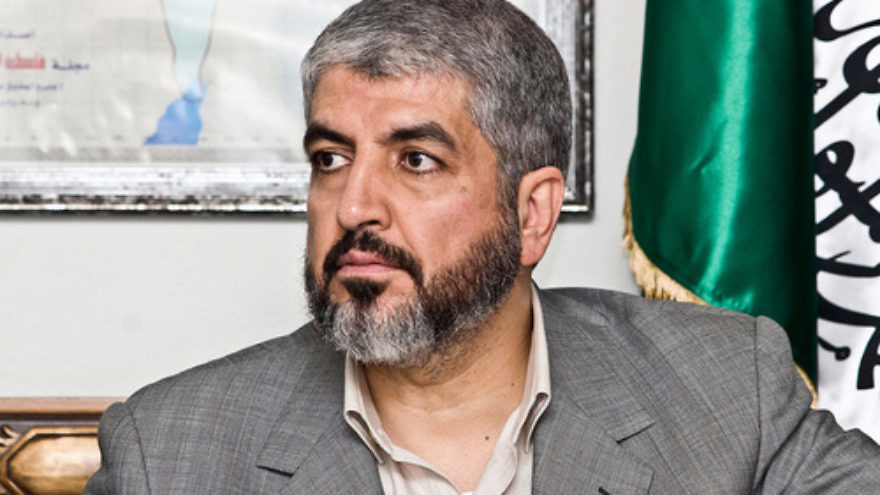 (December 29, 2021 / Israel Hayom) The pan-Arab newspaper Rai al-Youm has shed some light on a meeting that did not take place this month between head of Hamas abroad Khaled Mashaal and Hezbollah leader Hassan Nasrallah. According to a report published Monday, it is believed that the hostility of Syrian President Bashar Assad’s regime to certain Hamas leaders torpedoed the planned meeting.

Mashaal visited Lebanon this month, after an explosion at a Hamas weapons warehouse in a Palestinian refugee camp near Tyre. The blast killed Hamas’s chief engineer and during his funeral, Hamas and Fatah members from the camp shot at each other. Three Hamas members were killed by the gunfire.

The newspaper reported that the prevailing belief for the reason the Mashaal-Nasrallah meeting did not take place was that the Hamas delegation in Beirut was unable to consult or meet with any of the official Hezbollah leadership, despite the two organizations still being in contact, particularly on military matters.

The newspaper report also said, however, that the leaders of Hamas in Lebanon felt that there was hostility towards Mashaal in Hezbollah, and that Hezbollah has been in a dispute with Mashaal and his people ever since Mashaal left his stronghold in Damascus for Qatar during the events of the Arab Spring in 2011. The anger towards Mashaal stems from his refusing Syrian President Bashar Assad’s request that he respond to a fatwa [Islamic decree] from Sheikh Yusef Al-Qaradawi, former spiritual leader of the Muslim Brotherhood, who declared jihad in Syria during the Syrian civil war.

Either way, the report said, Hezbollah’s conduct was a reflection of the stance of the Assad regime. The newspaper stressed that although Hamas wanted to organize a meeting in the hopes of overcoming the disagreements and even turning over a new leaf, Hezbollah not only forwent the sit-down, but also made it clear that it wasn’t interested. Nevertheless, Hamas took the risk of visiting Lebanon.

According to the report, Sheikh Mohammad Ramadan (who, according to reports in Lebanon, is actually Mohammed Azazi, a senior official in the Islamic Revolutionary Guard Corps and responsible for the IRGC security coordination in Lebanon) informed the Hamas delegation, which included Khalil al-Haya, that “circumstances were not appropriate to welcome Mashaal.”

He suggested that Mashaal not come and that his visit be postponed.

Rai Al-Youm also reported that hours before the Hamas delegation departed from Istanbul for Beirut, the Iranians sent a message to Hamas politburo head Ismail Haniyeh, telling him that the planned visit was unwelcome and should be cancelled.

Therefore, the newspaper claimed, Haniyeh consulted Mashaal and the two eventually decided that the latter would visit Beirut and ask to meet with senior members of the Palestinian groups in Lebanon.