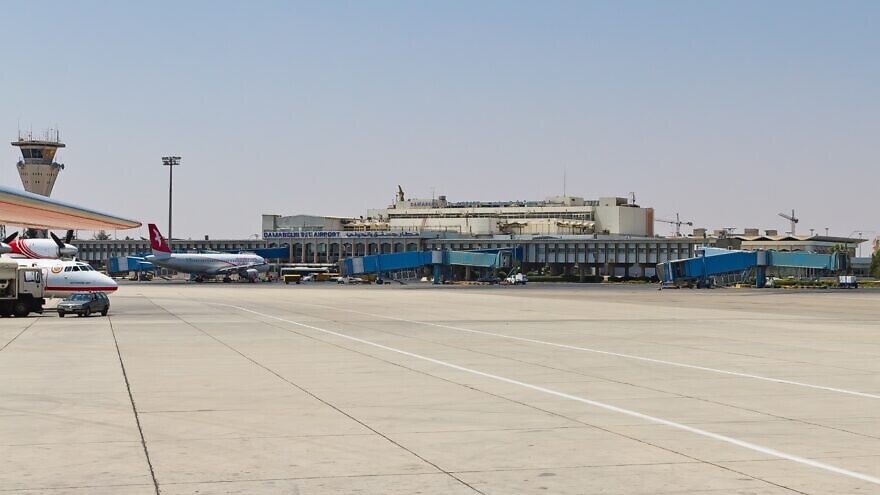 (September 18, 2022 / JNS) Five soldiers were killed and physical damage was sustained on Saturday in a series of Israel Air Force strikes on targets at Damascus Airport and southern Syria, the Syrian Arab News Agency (SANA) said on Saturday.

Around 12:45 a.m. on Saturday, “the Israeli enemy carried out a missile aggression from the direction of [the] north-eastern side of Tiberias lake [the Sea of Galilee], targeting Damascus international airport and some points to the south of Damascus, as the Syrian air defense repelled the aggression missile[s] and downed most of them,” according to the report, which cited a Syrian military source.

It was the third reported Israeli strike wave in Syria in the past two weeks, in what represents an intensified stage in Israel’s campaign to roll back Iranian military entrenchment in the country.

Ynetnews cited regional diplomatic and intelligence sources on Saturday as saying that Iran has recently increased its efforts to smuggle weapons to proxies and partners in Syria and Lebanon, including Hezbollah.

“Tehran has adopted air transport as a more reliable means of ferrying military equipment to its forces and allied fighters in Syria, following disruptions to ground transfers,” said the report.

On Sept. 12, Israeli Defense Minister Benny Gantz unveiled a map showing the location of 10 Syrian Scientific Studies and Research Center facilities (known by its French acronym, CERS), which he said Iran was using to produce precision-guided missiles on Syrian soil.