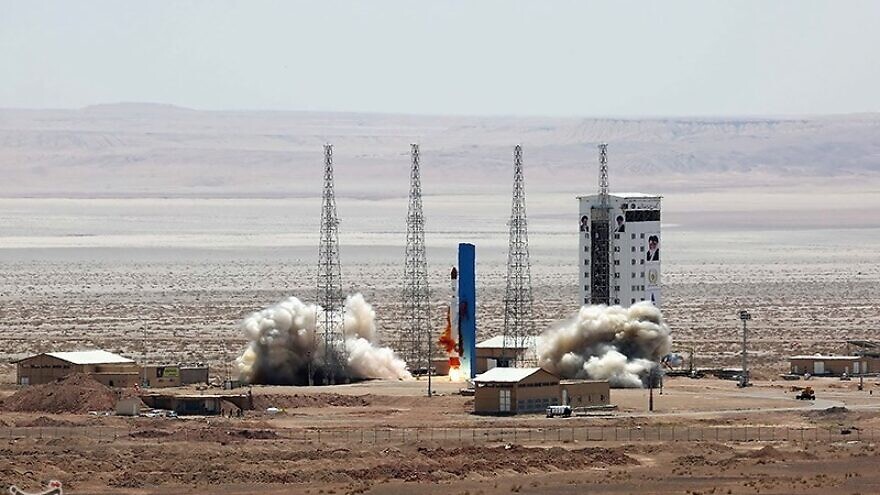 Satellite images show a rocket on a launch pad at the Imam Khomeini Spaceport in Semnan province in the north of the country, according to a report on Tuesday by AP.

The images were provided by Maxar Technologies, a space technology company, and show “a rocket on a transporter, preparing to be lifted and put on a launch tower. A later image Tuesday afternoon showed the rocket apparently on the tower,” the report stated.

“Iran did not acknowledge a forthcoming launch at the spaceport and its mission to the United Nations in New York did not immediately respond to a request for comment,” it added.

The Iranian state-run IRNA news agency said in May that the Islamic Republic would have seven domestically manufactured satellites ready for launch by March 23, while an Iranian Defense Ministry official suggested that Iran might soon test its new solid-fuel “Zuljanah” rocket, according to AP.

Israeli analysts believe that Iran’s space program is cover for the development of intercontinental ballistic missiles, which could threaten Europe in the first stage and potentially North America in later development stages.

In December, an Iranian attempt to launch three payloads into orbit failed, Reuters reported. “There have been five failed launches in a row for the Simorgh program, another satellite-carrying rocket. A separate fire at the Imam Khomeini Spaceport in February 2019 also killed three researchers, authorities said at the time,” said the report.